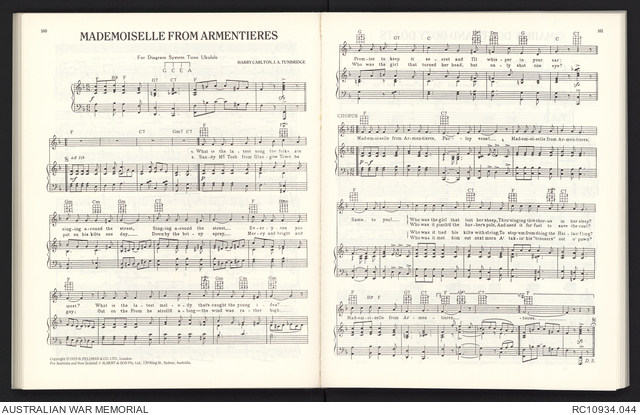 Sheet music for the song titled 'Madamoiselle from Armentieres' written by Harry Carlton and J A Tunbridge. There are many claims to the authorship of this song with this version claiming the names attributed. Other claims to authorship include Edward Rowland and Gitz Rice, Harry Wincott, and Alfred Charles Montin. This copy was included in an anthology of songs titled 'World War songs', published in 1983 by Albert Publications, Sydney.