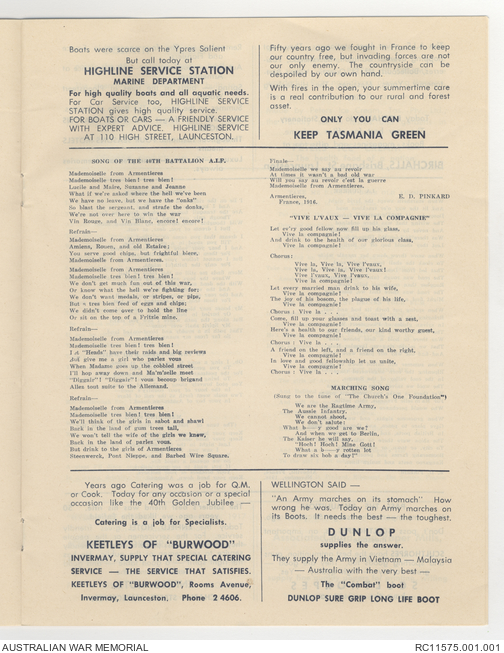 Lyrics for the parody to the song titled 'Song of the 40th Battalion', written by Ernest Douglas Pinkard to the tune of the popular First World War song 'Mademoiselle from Armentieres'. The lyrics of the parody were written in France during 1916, with the line 'we're not over here to win the war' summing up the sentiments of this version of the song.

This copy comes from a song book produced by Ernest Douglas Pinkard for the 40th Battalion 50 year anniversary. As well as this work, it also includes songs, choruses and verses relating to the experiences faced by members of the 40th Battalion during the First World War.