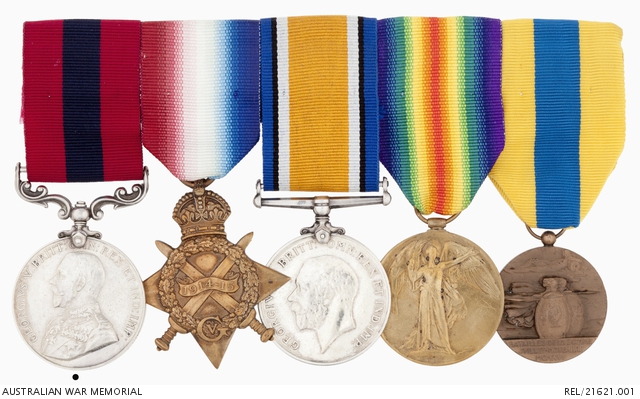 John George Tarrant was born at Mudgee, New South Wales in 1894. He was working as a baker when he enlisted in the AIF on 14 March 1915. After initial training he was assigned to 20 Battalion as a private with the service number 689, and embarked with his unit aboard HMAT Berrima (A35) at Sydney on 25 June 1915. After further training in Egypt, 20 Battalion was deployed to Gallipoli in late August, after which it played a defensive role at Russell's Top. Tarrant was withdrawn from Gallipoli with his unit on 20 December. The battalion undertook more training in Egypt before embarking for France, entering the trenches in April 1916.

Tarrant was promoted to lance corporal at the beginning of July 1916. He was in action with his battalion at Pozieres from late July, and on 2 August sustained a gunshot wound to his left hand. After a period of hospitalisation, he returned to duty on 17 August, being promoted to corporal at the same time. After Pozieres, 20 Battalion was moved to a quieter sector on the front in Belgium, and moved back to France in October.

Tarrant's battalion were used as reinforcements for the attack near Flers on 14 November. During this battle, on 15 November, he was wounded for a second time, sustaining a gunshot wound to the right knee. He was hospitalised in England, and discharged from hospital on 4 April 1917. On being discharged Tarrant was promoted to sergeant. He attended several training courses in England before rejoining his battalion on 11 December 1917.

The following year, 20 Battalion was one of several units that were rushed to counter the German spring offensive, and then fought in the battles that followed, including Amiens and Mont St Quentin. It was during the Battle of Mont St Quentin that Tarrant was awarded the Distinguished Conduct Medal.

The recommendation for the award reads as follows: 'During the operations at MONT ST. QUENTIN, North East of PERONNE, on 31st August, 1918, this N.C.O. located a strong post of the enemy which was firing on our right flank. He immediately worked along an embankment, bombed and charged the strong point singlehanded, putting two enemy machine guns out of action and killing or capturing the crews.'

Tarrant was sent to England in early September for training, and remained in England on leave. He was still on leave in early November when he was notified of his award. In an interview in 1984, he described receiving this notification: 'I was pretty happy, because that made the thirty-first of August my last turn out you see, and I was out with two legs and two arms. I was happier than some of the poor devils.'

Tarrant rejoined his unit at Vignacourt the day after the armistice was signed in November. The battalion then moved to Pry in Belgium in December. Tarrant was sent to England in late January, presented with his Distinguished Conduct Medal in February. He then remained in England attached to a training battalion.

On 1 November 1919 Tarrant embarked at England for his return to Australia, arriving at Melbourne 15 December. He was discharged from the army on 15 March 1920.