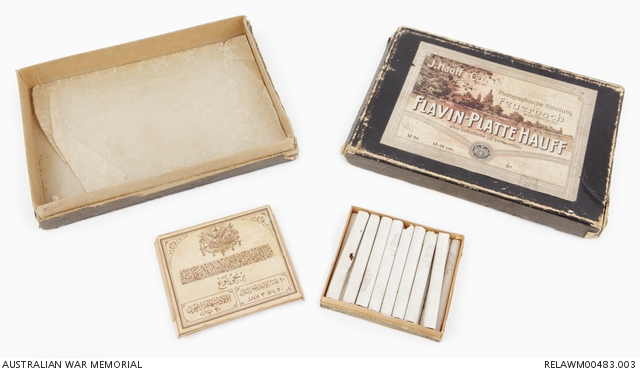 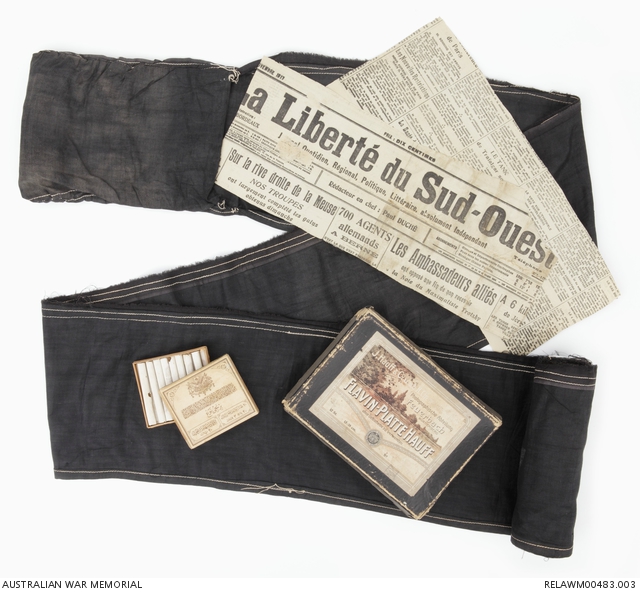 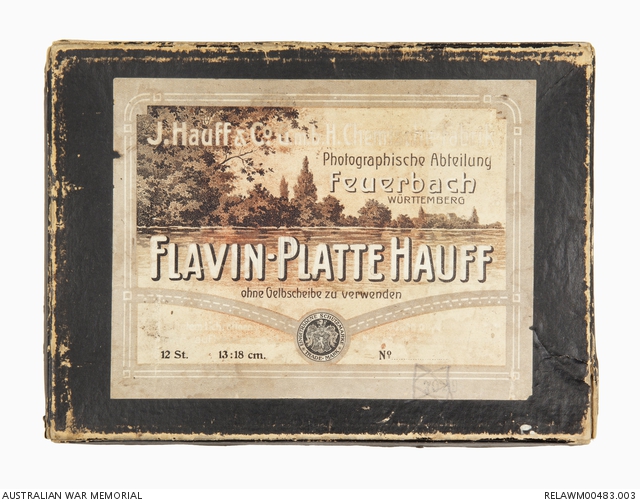 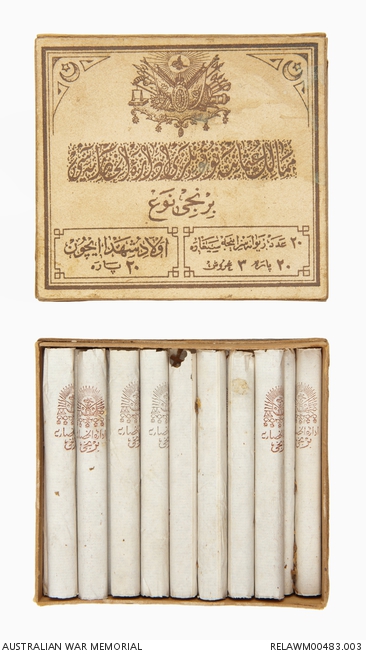 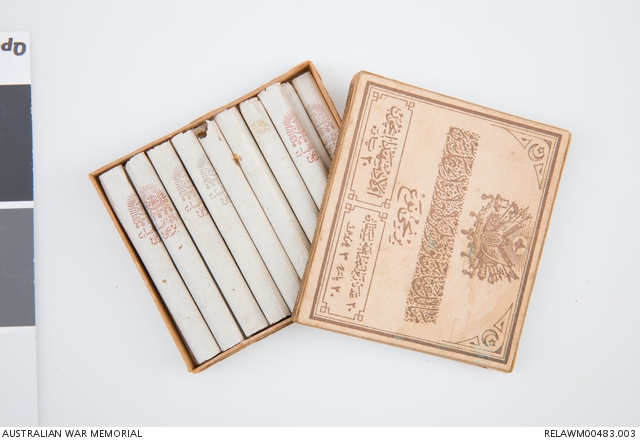 Small beige cardboard box containing cigarettes and a box preiovusly containing photographs. The streamer was dropped from an aeroplane by Oberleutnant Gerhardt Felmy of the German Air Force in Palestine.

In the Middle East, Felmy was the leading German pilot facing No. 1 Squadron and earned the admiration of his adversaries. It was not uncommon for him to drop messages from and photographs of recently captured Australian airmen on their home field. The Australians did the same for the Germans and drank toasts to Felmy in their mess.