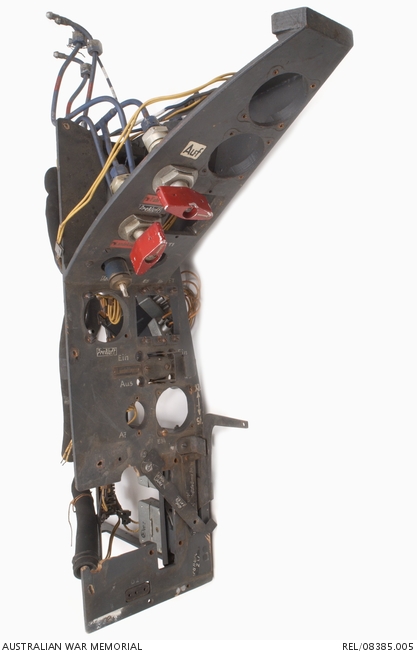 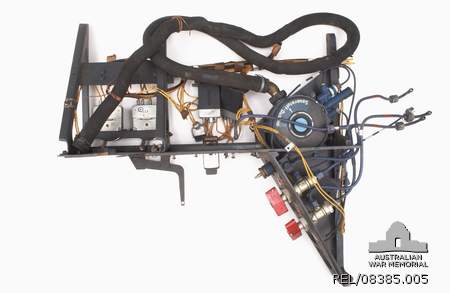 Port cockpit side forward instrument sub panel for an Me 262. Electrical fittings, wiring, knobs, switches, rubber hoses, metal fittings and hardware are still attached. The uppermost guage recorded fuel. Under that was an oxygen indicator. The two red switches are for the emergency landing flap control lever and for the emergency landing gear. Below these two switches is the oxygen valve. Below that valve is a circular opening which would have held the compressed air pressure gauge. The main Jumo engine throttles passed through the lower (aft) section of the panel. The throttles are still in place on the Memorial's aircraft. Inboard of the throttles were two smaller levers which controlled fuel tank selection. These are also stll in place on the aircraft. The panel retains its original grey/green paint.

Donated by the Air Ministry, 1945. It is not yet clear as to whether this panel came from the Memorial's aircraft (which is missing this panel).