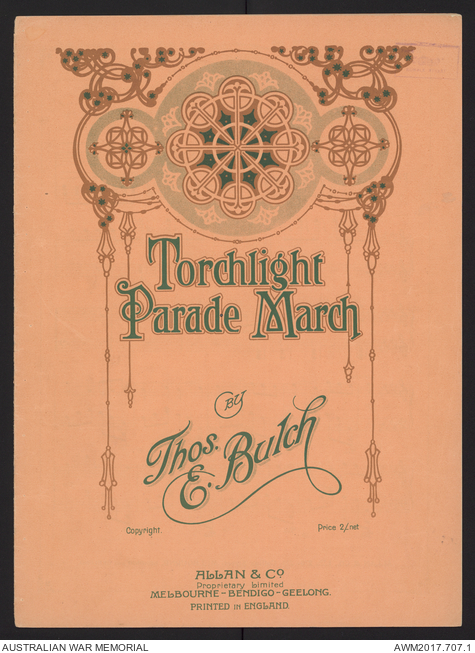 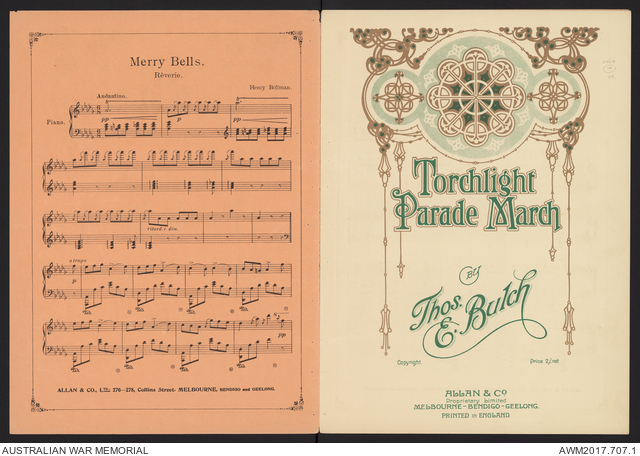 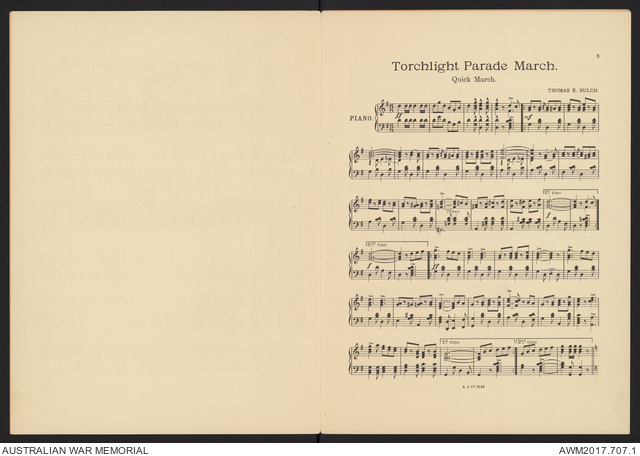 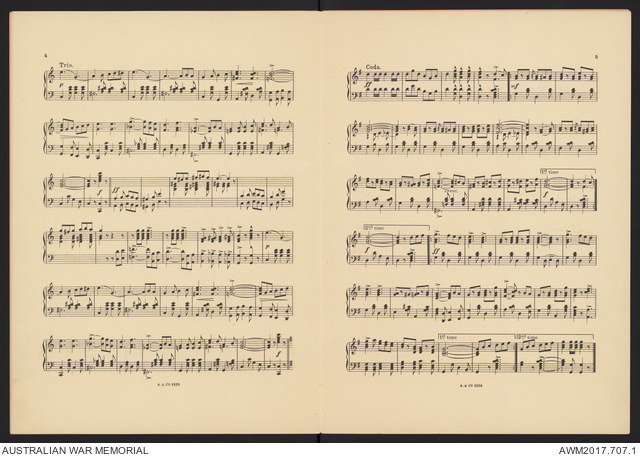 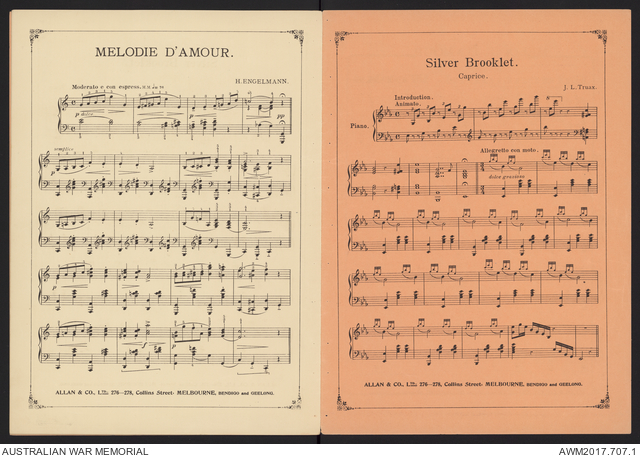 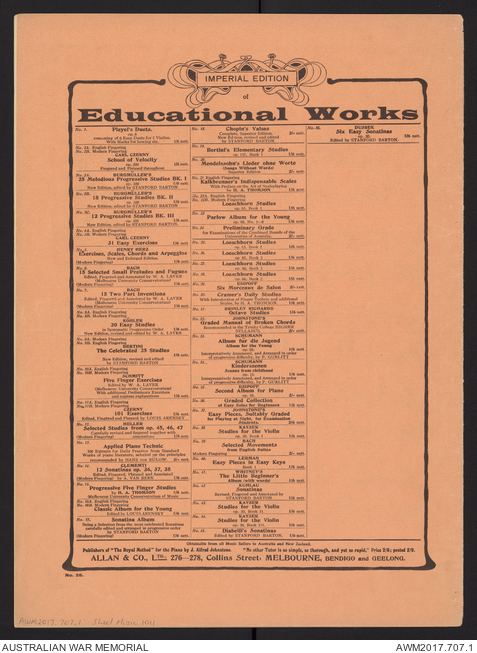 Sheet music for the instrumental march titled 'Torchlight Parade March', written by the Australian composer Thomas Bulch. This instrumental piece appears to have first been published in Australia around 1909, with this copy dating from about 1910.

This copy of the sheet music features a pink cover with decorative patterns and the title of the song printed in green font. Underneath, appears the name of the composer printed in stylised lettering. This copy was printed in England and published by the Australian publishers, Allan & Co. It sold for 2/-.

The inside cover features an advertising preview of music for the song titled 'Merry Bells', composed by Henry Bollman. The following page features the same design as the front cover but with a white background. The inside back cover includes two additional advertising previews of musical pieces titled 'Melodie d'Amour' by H. Englemann and 'Silver Brooklet' by J. L. Truax. The back cover contains an ‘imperial edition of educational works’ comprising numerous classical albums of sheet music and finger exercises for piano and violin that were available from Allan & Co.

Before the First World War Thomas Edward Bulch formed a private band of musicians in Ballarat, which later went on to become the Ballarat City Brass Band. He was also jointly responsible for establishing the South Street Band Contest in Ballarat. This band still exists today, as does the Albury Town Band and the West Geelong Brass Band of which he also served as bandmaster. Bulch enlisted in the Australian Imperial Force with the provision he remain in Australia. During the war, his music shop in Melbourne was vandalised because he was selling German sheet music published before the war. His son, Thomas Edward Bulch, served with the 23rd Infantry Battalion and was bandmaster of the 23rd Battalion Band. He died of wounds in France on 20 June 1916.

The instrumental piece titled 'Torchlight Parade March' appears to have been first mentioned in relation a public concert held on 6 January 1909. This occurred during an evening performance of the piece by the Manly Borough Band at Prince Alfred Park. Just over a month later it was played again, on this occasion by the Pingelly Brass Band in aid of Mrs. Marlow and family at the old showground on 28 February 1909. Manly Borough Band again featured it in their concert at Hyde Park, Sydney on Sunday 7 March 1909. The final performance recorded for 1909 was given at Prince Alfred Park by the Sydney Brass Band on 29 September 1909. During 1914, it featured in a number of advertising articles in various Australian newspapers as part of events including a demonstration by a fire brigade.

The first mention of the piece being performed during the First World War appears in 1916 during a performance by the Bunbury City Band at an event to welcome soldiers encamped at Forrest Park in Bunbury. The piece was also mentioned in the memoirs of Raymond Membrey, who served with the 21st Infantry Battalion. He recollected that the march he had played ‘hundreds of times’, was being played by a band when he arrived in England following his release from a Prisoner of War camp.