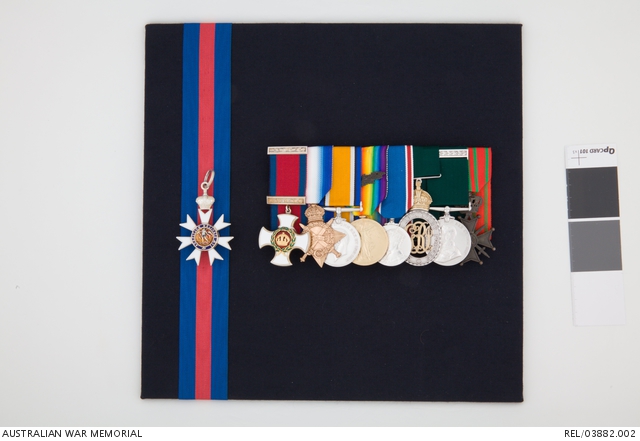 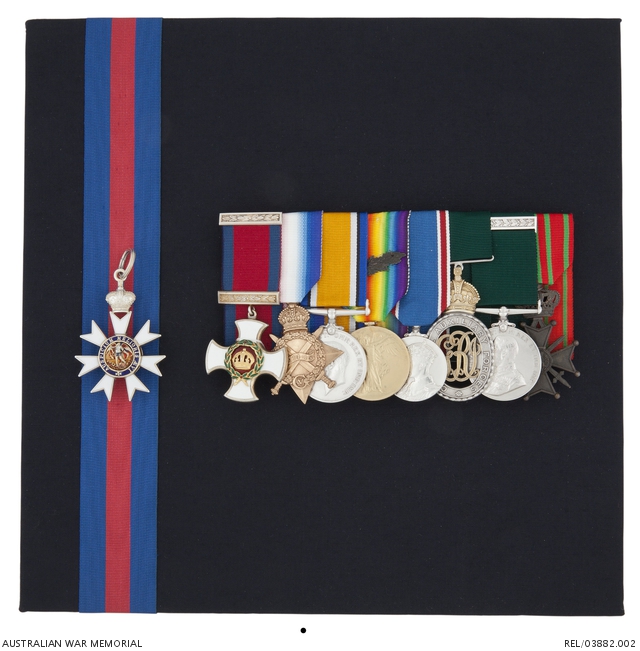 Henry Arthur Goddard was born on 13 December 1869 at West Hackney, Middlesex, England and emigrated to Australia in 1890, aged 21. With three and a half years with the English militia, he continued his commitment to the military once he had settled in Brisbane, being commissioned as a lieutenant in the Queensland Defence Force with the Moreton Regiment. He established agricultural interests in the Darling Downs, specialising in malting barley, and ran a successful wine and spirit importing business. The international travel necessitated by his business gave him the opportunity to observe military manoeuvres in England, France, Belgium, Germany Austria, Hungary and Italy. His militia career saw him rise to the rank of lieutenant colonel by February 1913, commanding the Moreton Regiment. This experience and understanding led him to be placed in command of Brisbane’s defences at the outbreak of war in 1914.

Goddard joined the AIF with the rank of lieutenant-colonel on 16 March 1915 and was appointed to command the 25th Battalion. However, changes were made to 2 Division’s command structure and he was transferred to command the 17th Battalion instead. Goddard joined the battalion as it embarked from Sydney on the troopship Themistocles on 12 May 1915. Although the battalion sailed for Gallipoli in August, Goddard did not accompany it – he had been suffering from dysentery which he contracted at Brisbane Camp and had been admitted to hospital on his arrival in Egypt. Upon release from hospital, he was rejoining his battalion aboard the troopship Southland when the ship was torpedoed on 2 September. Rescued by a Royal Navy vessel he was taken to Lemnos and finally landed on Gallipoli on 6 September.

Goddard took command of his battalion in the trenches at Quinn's Post and remained there until the last evacuation parties of the unit were ready to move out on 20 December 1915. He was re-admitted to hospital with dysentery on 18 January 1916. In April he was diagnosed as suffering from debility from his repeated dysentery attacks, the medical board noting that he was 'extremely nervous and neurasthenic'. Goddard was placed on the supernumerary list and invalided back to Australia for a rest.

In mid-July he again embarked for overseas service. At AIF Headquarters in London he was appointed commander of the 35th Battalion, 9th Brigade (part of the new 3rd Division) in October, and arrived in France on 22 November. After serving in a quiet sector at Armentières the battalion took part in the battle of Messines on 7 June 1917. For his work at Messines and his contribution to the efficiency of the brigade Goddard was awarded the Distinguished Service Order for rendering "consistently good service". The battalion was heavily committed in the battle of Broodseinde Ridge on 4 October and in the attack on Passchendaele Ridge a week later. The wearing effects of this battle on the 3rd Division saw it withdrawn to a quieter section to the north, where it remained until early in 1918.

Goddard’s growth as an inspired and outstanding leader was most evident opposing the German offensive near Amiens in March-April 1918. As German forces advanced and threatened Amiens, 9th Brigade was rushed to reinforce the defences in front of Villers-Bretonneux. In the brigadier's absence Goddard and took temporary command of the brigade, establishing his headquarters in the town. On 4 April a massive German bombardment presaged a large assault on the town, which pushed the forward Australian defences back into Villers-Bretonneux; Goddard soon found his headquarters in the front line. His response was to bring all his reserves forward and order 36 Battalion to counter-attack immediately. Under his leadership the Australians rallied and, assisted by the British cavalry and some infantry, held the line and repulsed the enemy. Early next morning Goddard ordered his weary troops to attack again; this unexpected action surprised the German forces which were driven back from the town.

On 5 May Goddard's battalion played the major role in the successful attack at Morlancourt. Next month he was promoted colonel and temporary brigadier general and appointed to command the 9th Brigade which he led from the August Somme offensive until the end of the war, including the successful actions at Bray-sur-Somme and the attack on the Hindenburg line. Goddard was mentioned in dispatches three times, and after the Armistice the awards of the Order of St Michael and St George and the Belgian Croix de Guerre were announced.

Goddard returned to Australia in 1920 and resumed his business and militia interests. He moved to Sydney and in 1921-26 commanded the 14th Infantry Brigade, AMF, with the rank of honorary brigadier general; he was placed on the retired list in 1931. He died in Sydney on 24 October 1955.