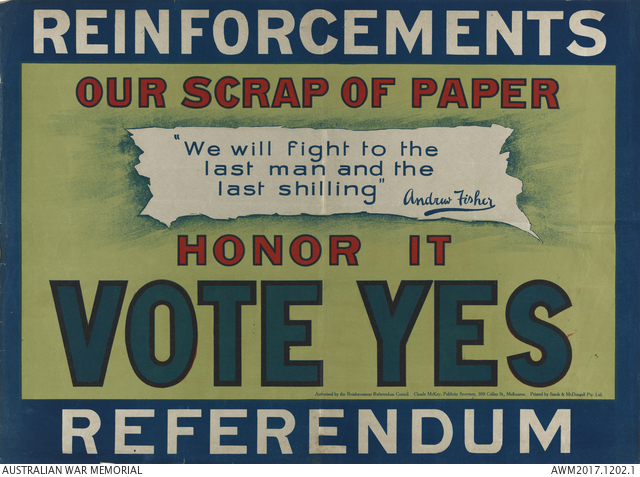 This poster was created in support of the second conscription referendum put to the Australian people on 20 December 1917 by Prime Minister Hughes. It asked citizens: Are you in favour of the proposal of the Commonwealth Government for reinforcing the Commonwealth Forces overseas?' The referendum was defeated with 1,015,159 in favour and 1,181,747 against. Significantly the poster incorporates a quote by former Prime Minister Andrew Fisher. At the time Fisher was serving as Australia’s High Commissioner in London and opposed Hughes on the issue of conscription.