The crew of a Halifax aircraft of No. 466 Squadron RAAF at RAF Station Leconfield, beside their ... 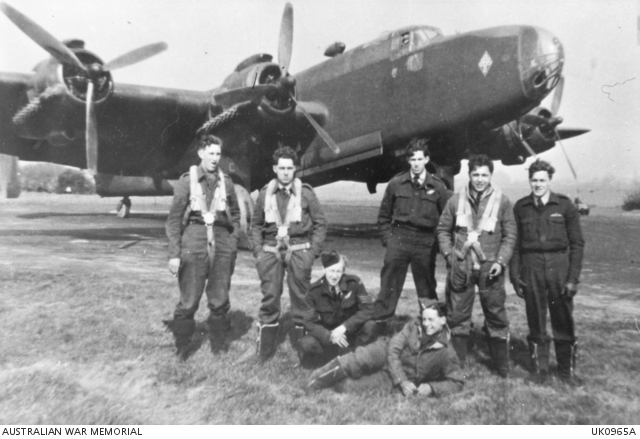