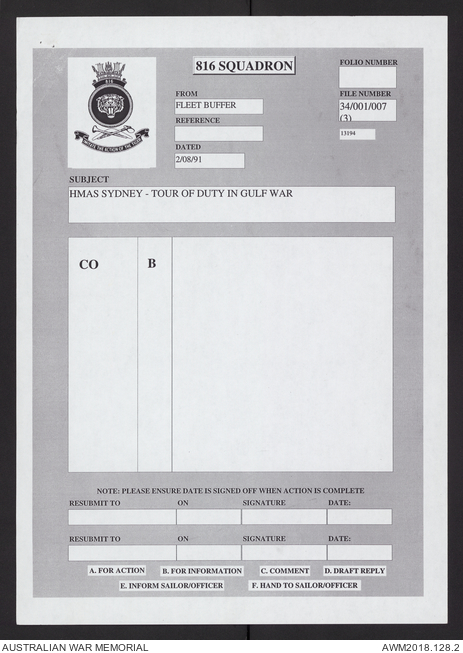 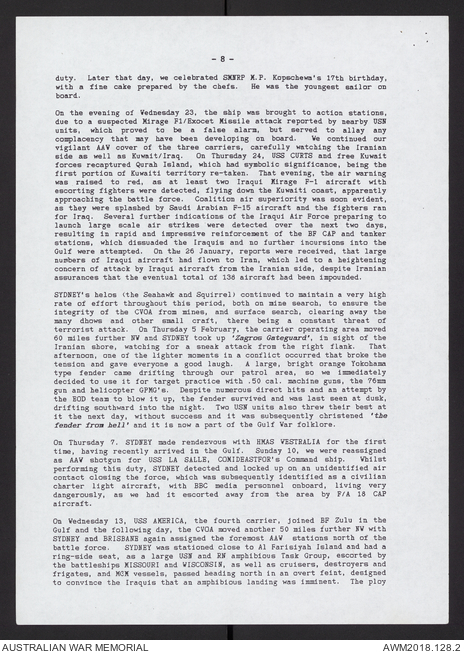 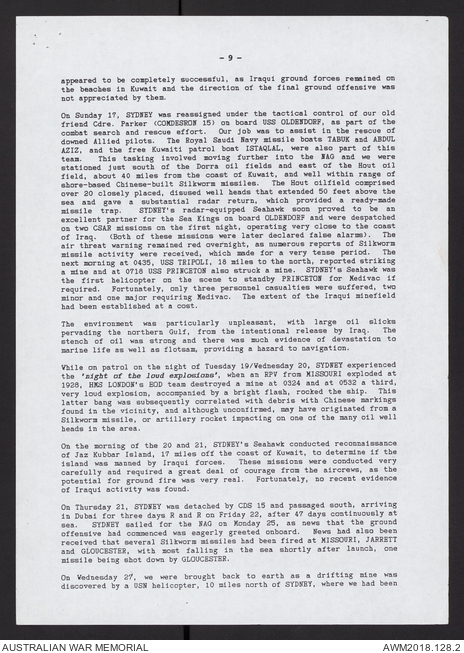 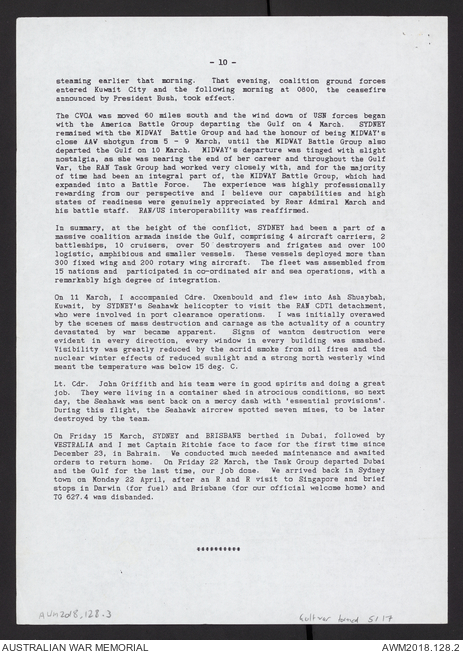 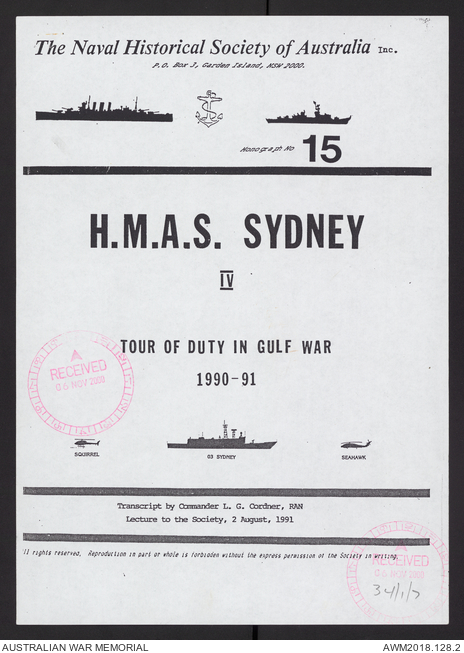 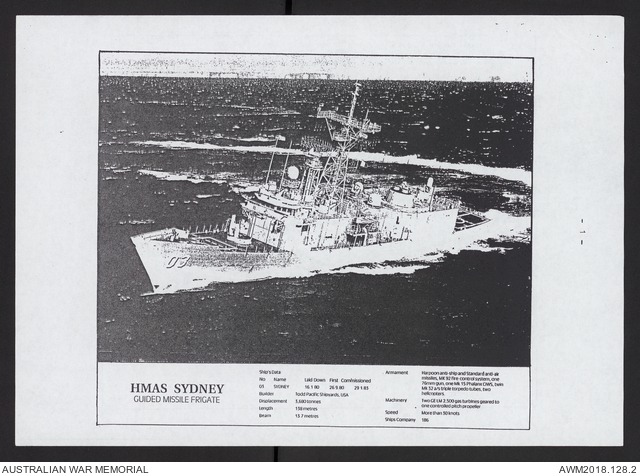 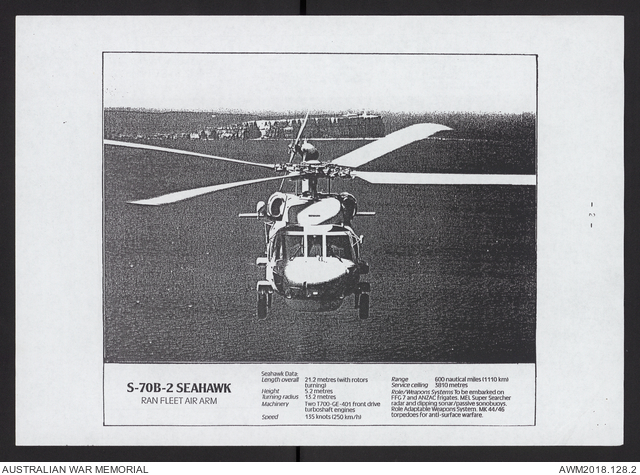 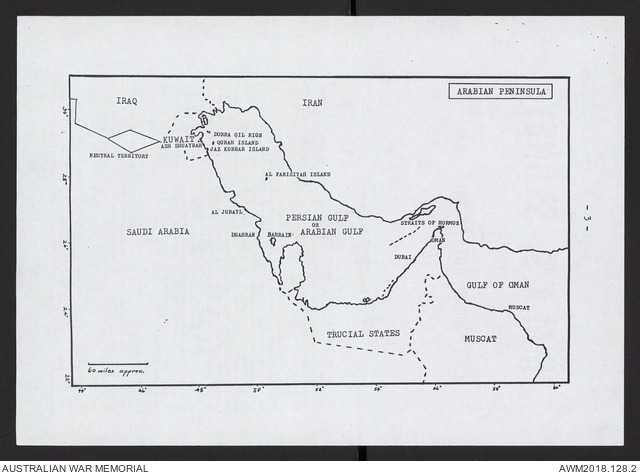 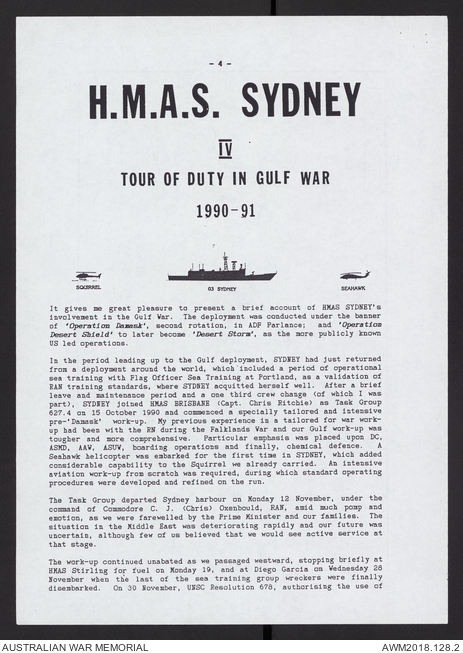 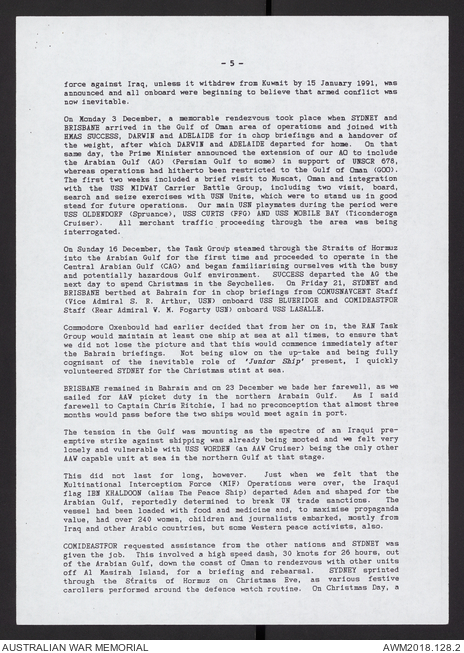 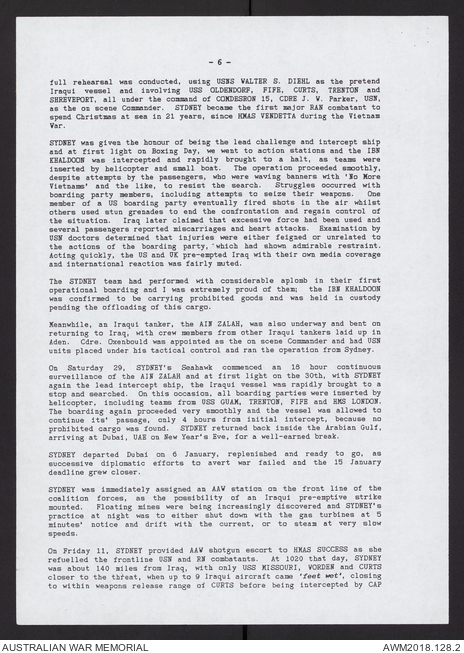 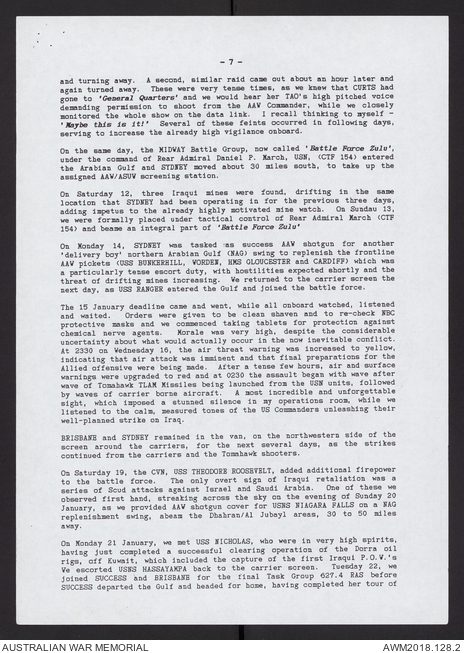 Transcription of a Lecture given by Commander L G Cordner to the Naval Historical Society of Australia, 2 August 1991 on HMAS Sydney's IV Tour of Duty in Gulf War 1990 - 1991. Includes a brief account of HMAS Sydney' involvement in the Gulf War along with photocopied pictures and a map of the Arabian peninsula.