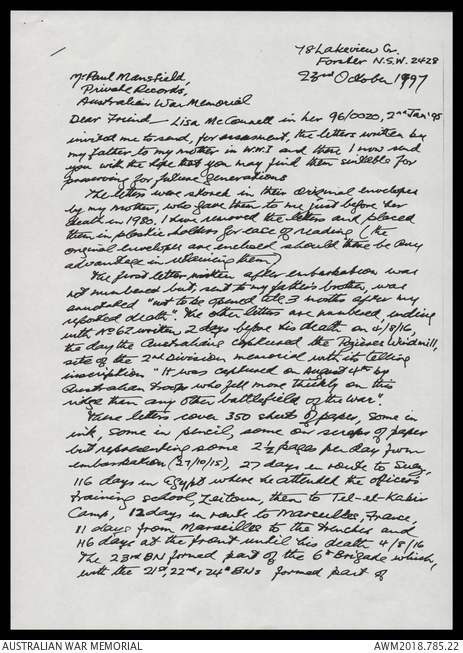 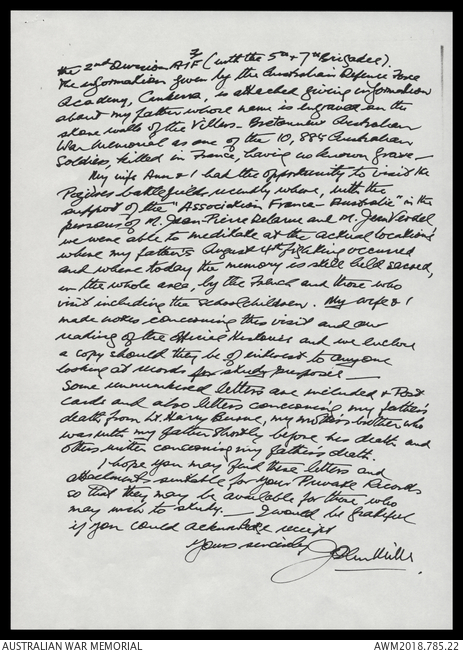 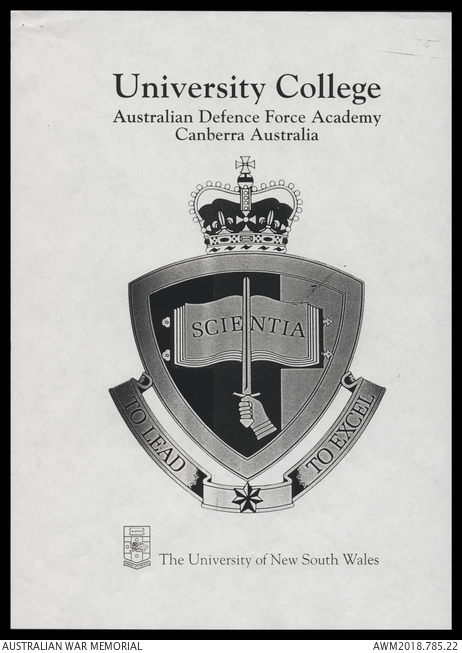 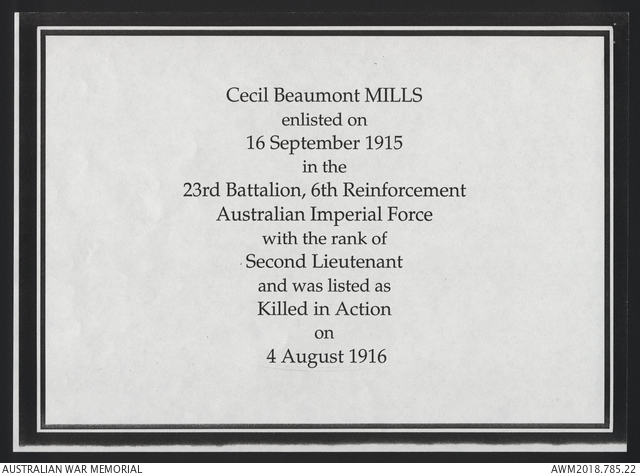 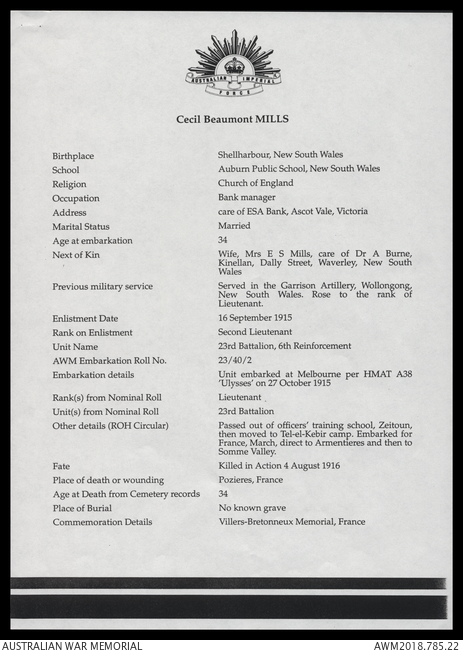 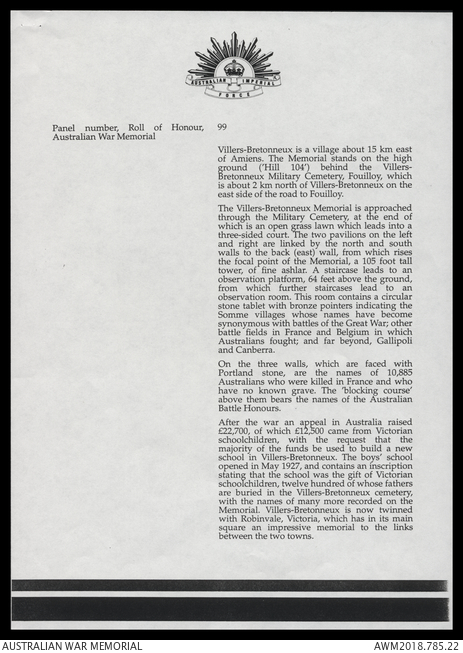 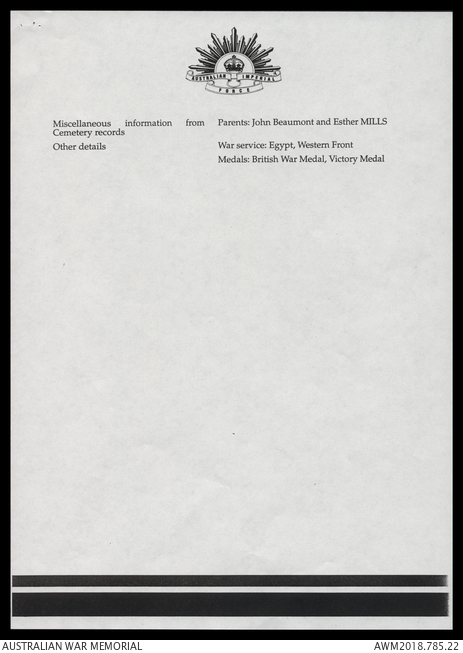 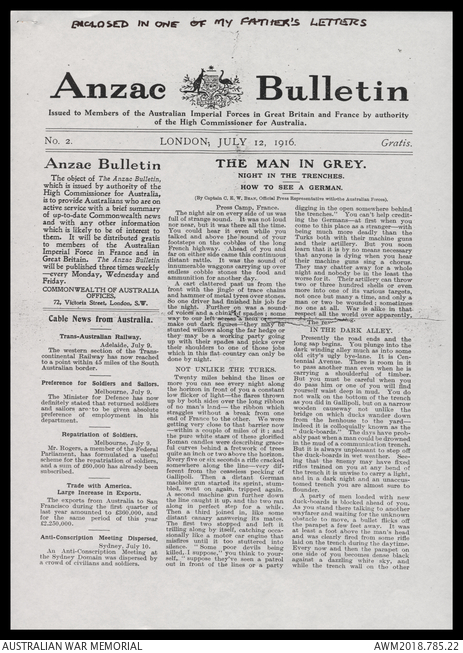 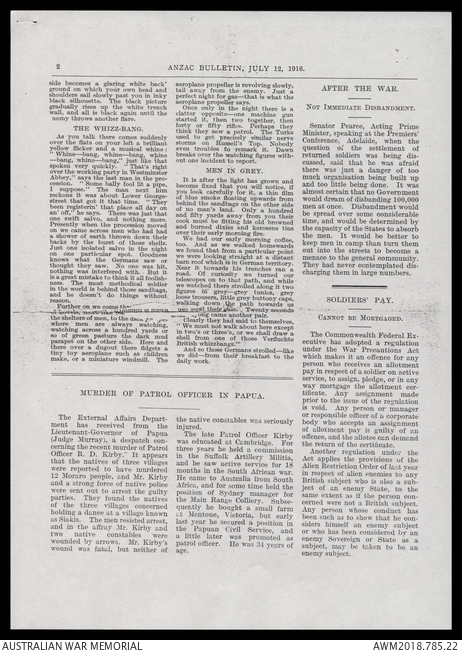 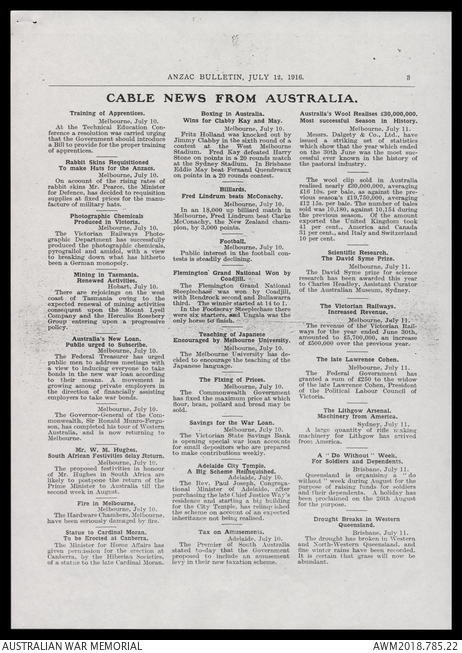 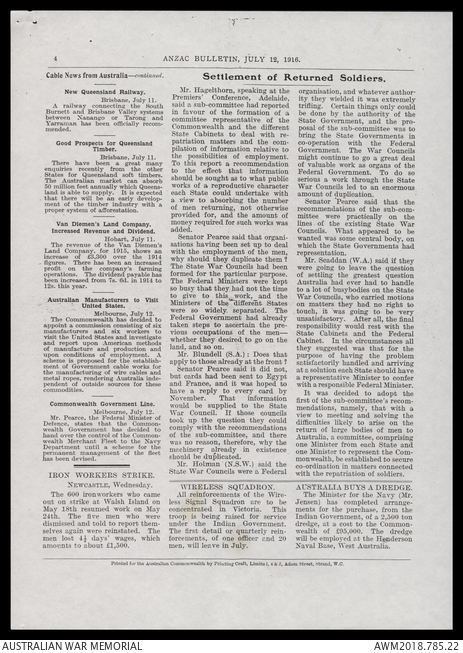 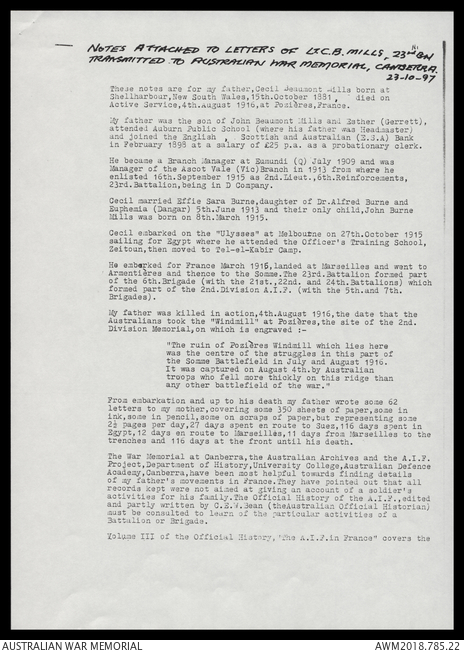 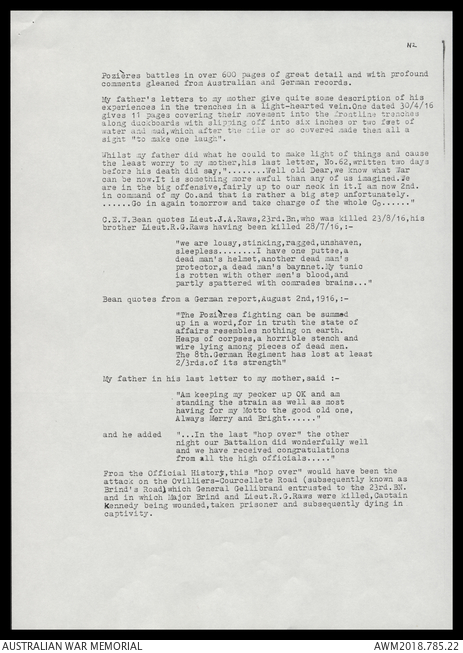 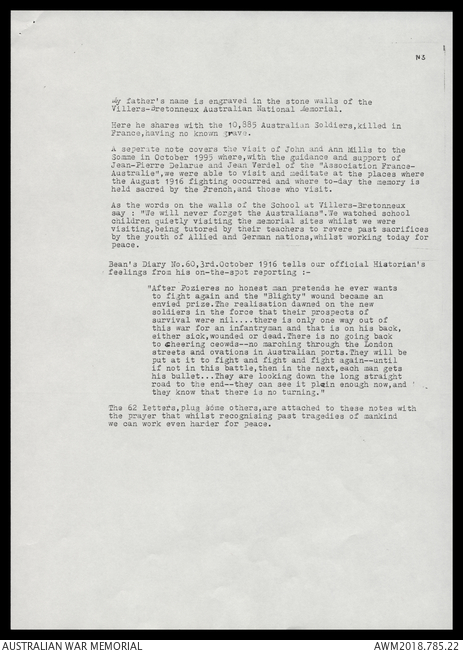 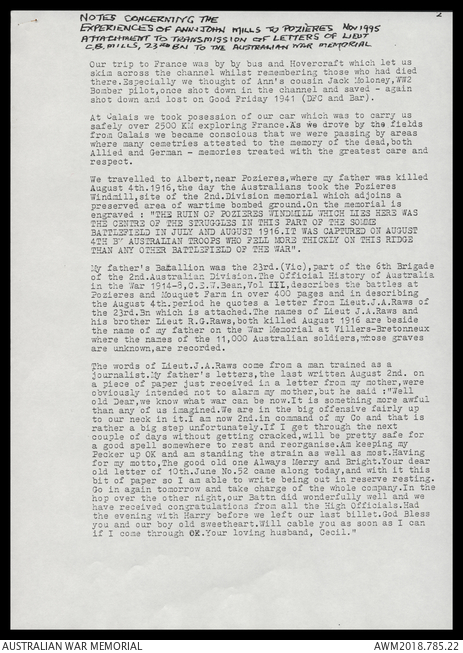 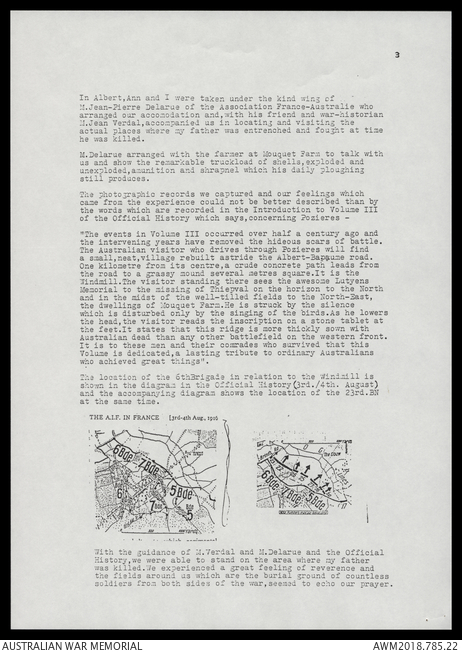 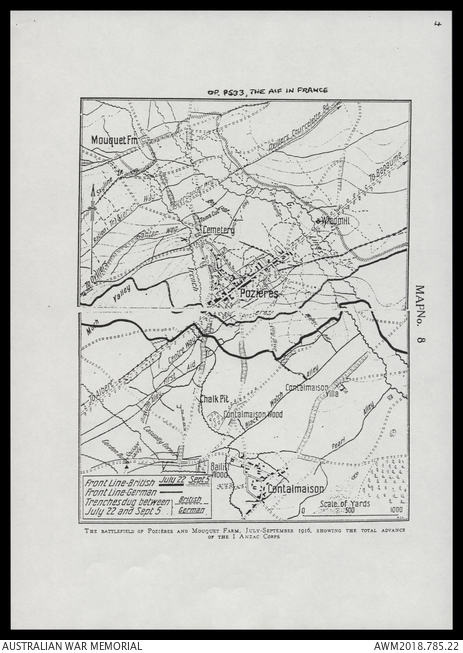 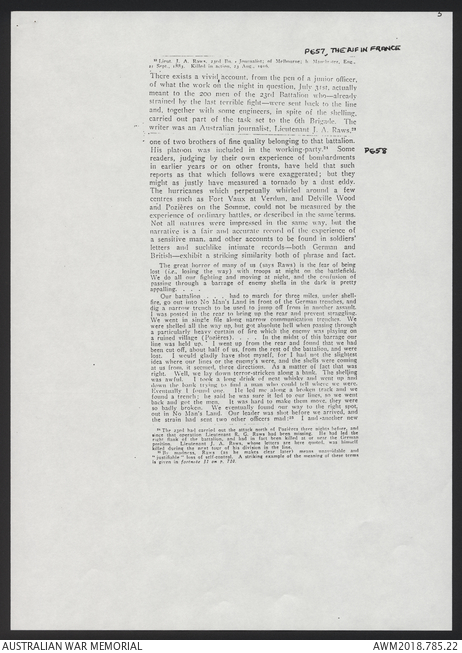 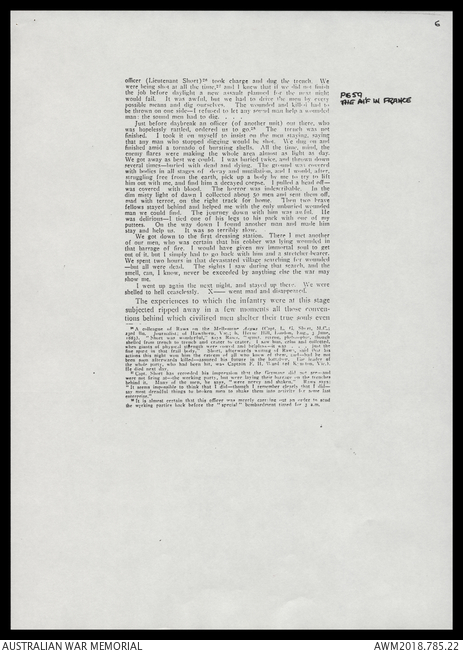 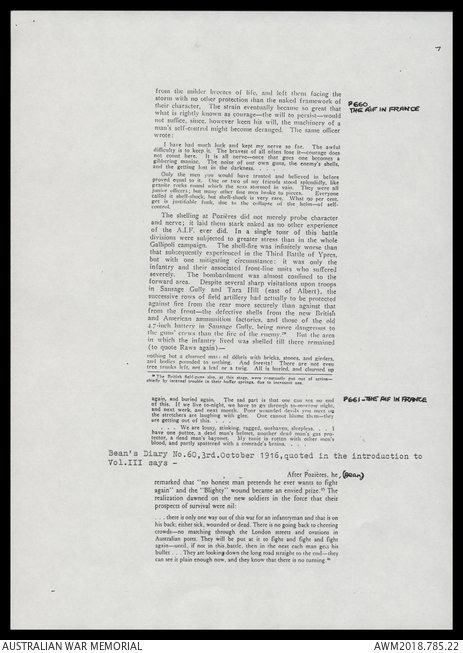 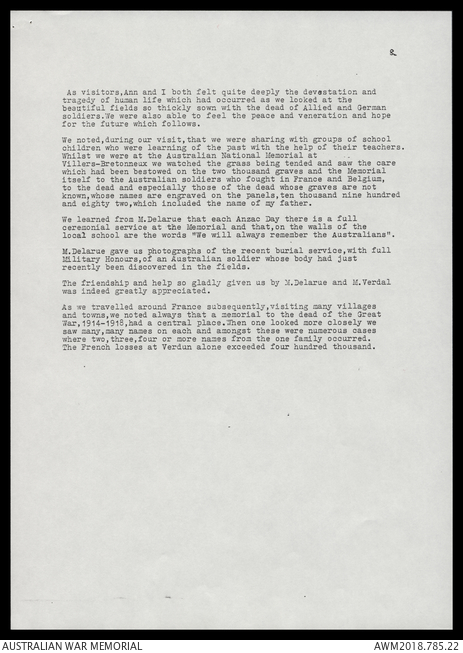 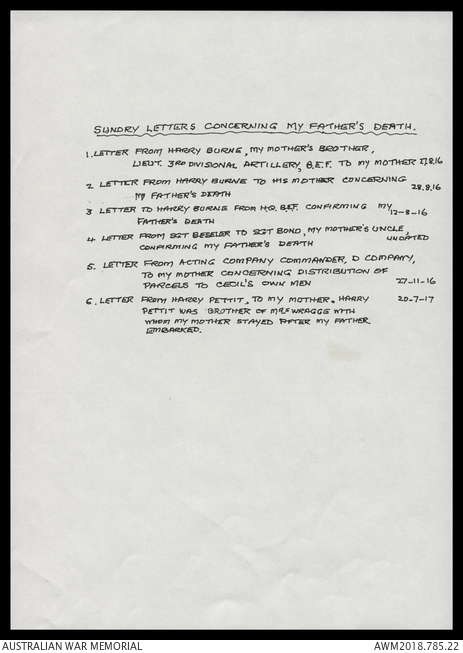 File of papers written by John Burne Mills relating to the First World War service of his father Lieutenant Cecil Beaumont Mills, 23rd Infantry Battalion. This file has a copy, provided by John, of the initial letter which he sent along with his donation of the letters of his father to the Australian War Memorial. Also included is an account of the service of his father, Cecil Mills and John's trip to France in 1995 with his wife.