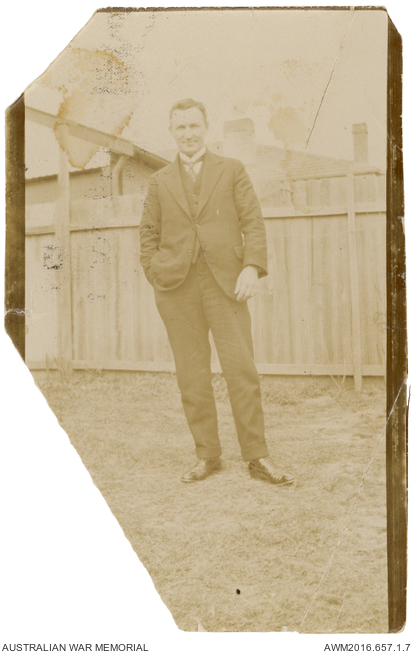 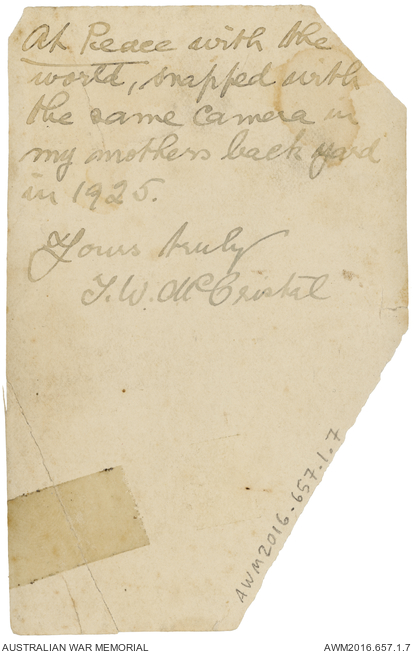 Portrait of 181 Private (Pte) Timothy William McCristal, 1st Light Horse, Gallipoli. Caption on reverse of photograph written by Pte McCristal reads: "At Peace with the world, snapped with the same camera in my mothers back yard in 1925. Yours truly T. W. McCristal". One of a group of seven photographs sent to Pte McCristal's friend 8/508 William Woods, New Zealand Expeditionary Force, in the mid-late 1920's. Pte McCristal and Woods were likely to have met while in hospital at Gallipoli recovering from wounds. Pte McCristal was repatriated after he was wounded and became a colourful and controversial figure in the mid-twentieth century NSW labour movement.