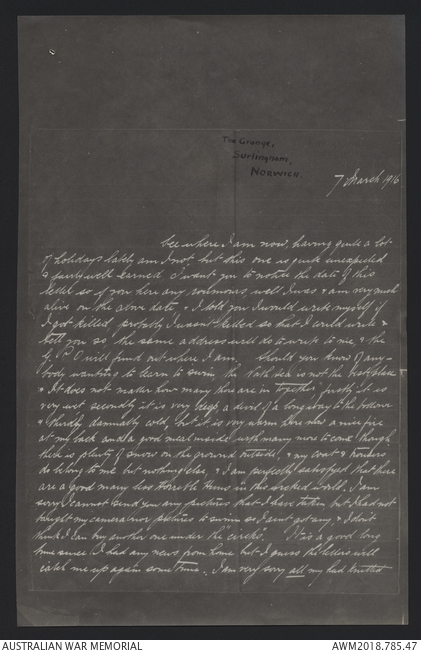 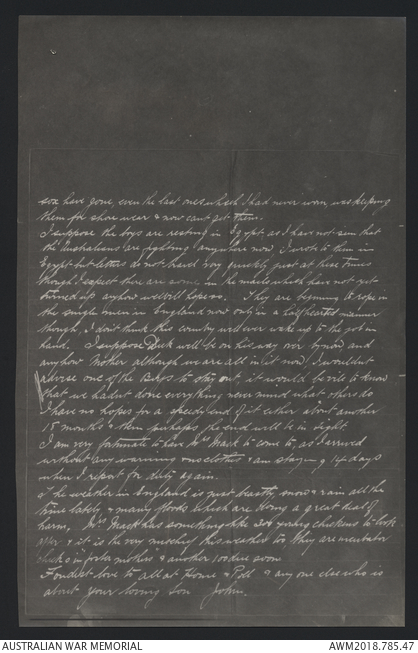 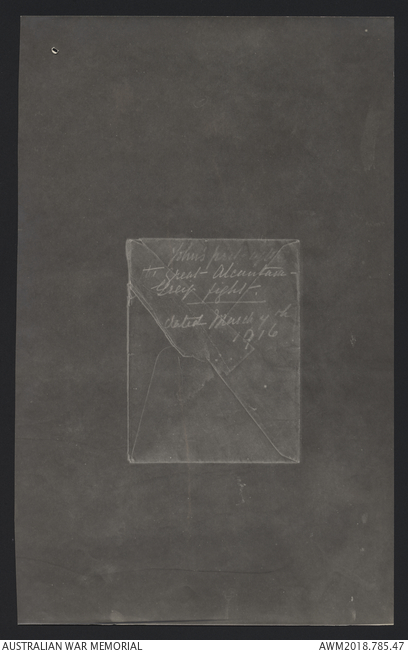 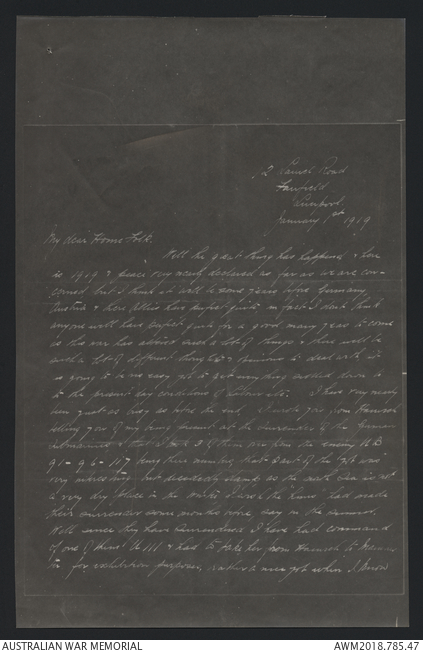 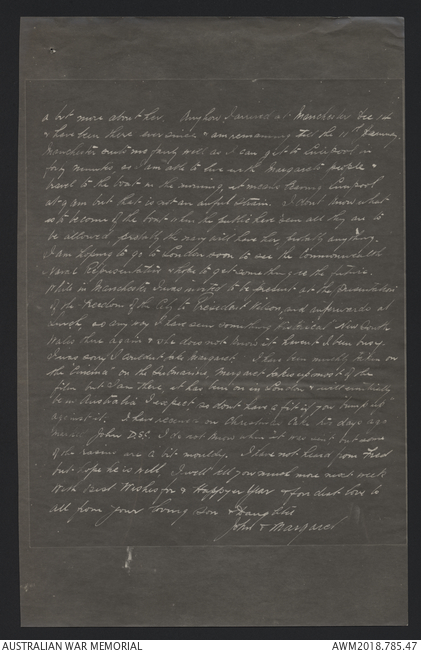 File of letters relating to the First World War service of Acting Lieutenant John Howell-Price, Royal Naval Reserve. These letters mention the action between the armed merchant cruiser HMS Alcantara and the German raider SMS Grief in the North Sea on 29 February 1916, his brothers serving in the Australian forces in 1916, and his thoughts on the end of the war in 1919.