Letter from Berthold Walter Beinke to his parents, dated 3 April 1918. 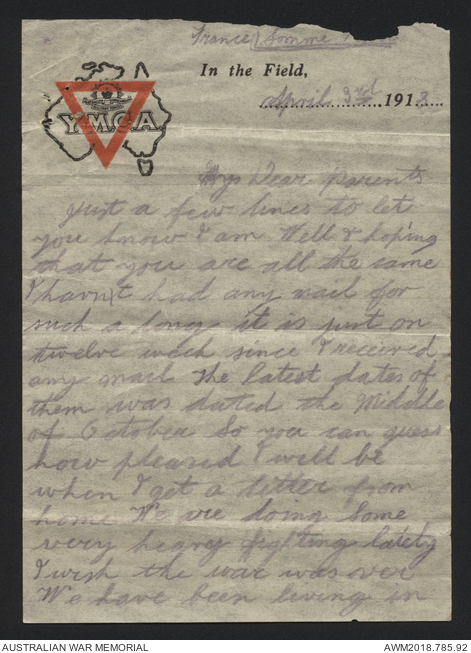 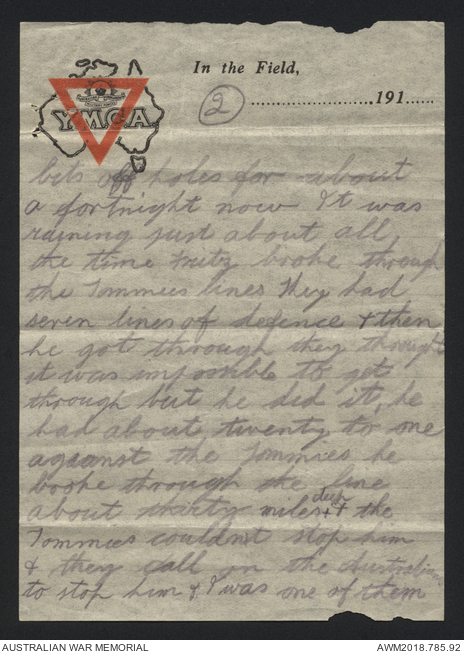 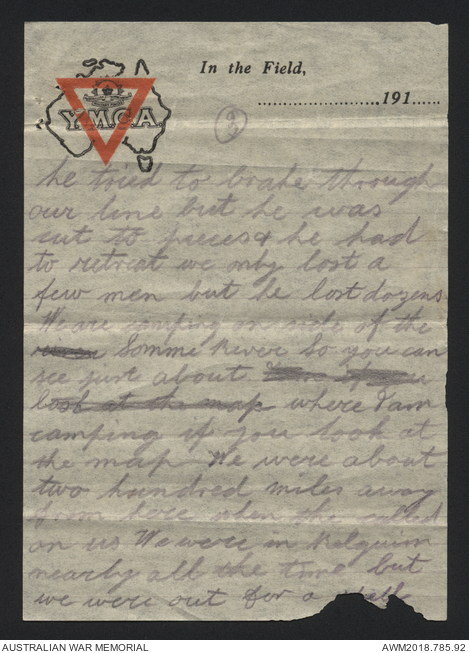 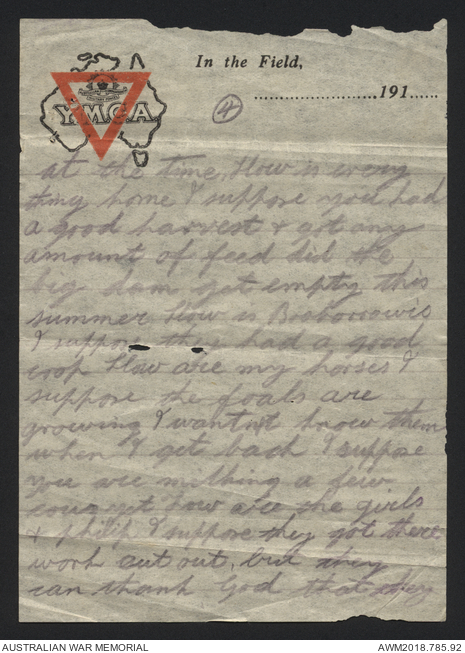 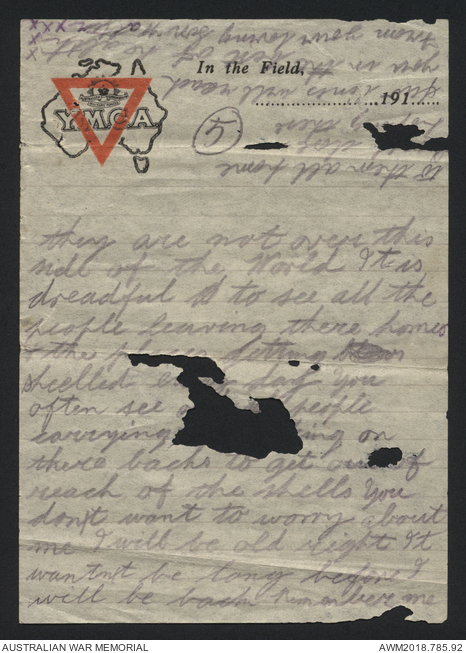 Letter relating to the First World War service of Private Berthold Walter Beinke, 43rd Battalion. This letter addressed to his parents, dated 3 April 1918 has the Australian YMCA logo printed in the top left corner.
In this letter, Beinke describes his joy at finally receiving a letter in twelve weeks. He mentions the heavy fighting and living conditions over the past fortnight, living in holes whilst the rain came down continually. He writes about Fritz breaking through seven lines of defence that the Tommies thought was impossible, and when the Australians, who were in Belgium at the time, were called in to help the Fritz had to retreat. He mentions how dreadful it was to see people leaving their homes carrying everything on their backs to get out of reach of the shells. Beinke also enquires about the harvest and livestock at home.