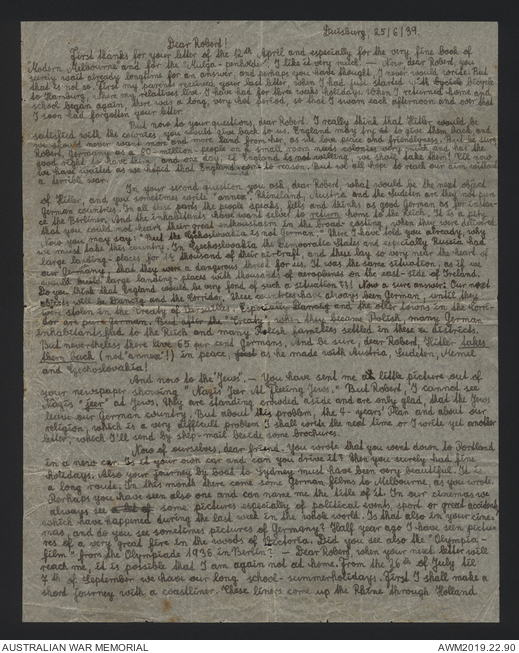 In this letter an unknown German civilian writes to his Australian friend, Robert [surname unknown]. The author writes about Germany needing more space for its population, his view on the annexation of Rhineland, Austria and Sudetenland, and the treatment of Jews. He also makes note of seeing films in the cinema and his plans for the summer holidays.