Letter from Ronald Desmond Hobden to his girlfriend, 21 August [1945] 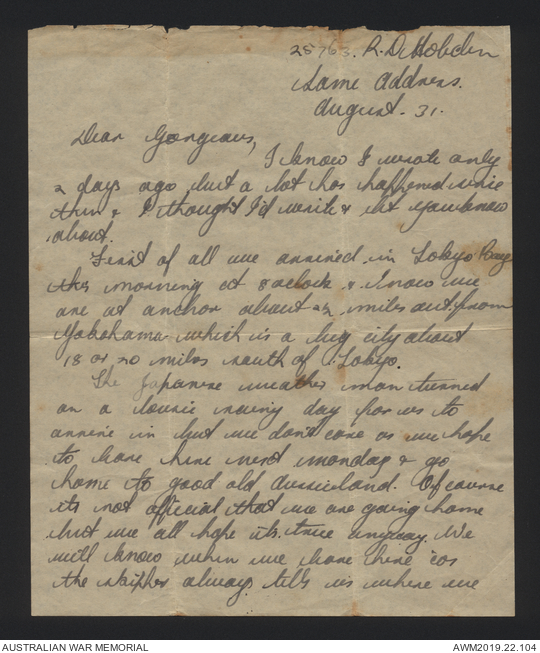 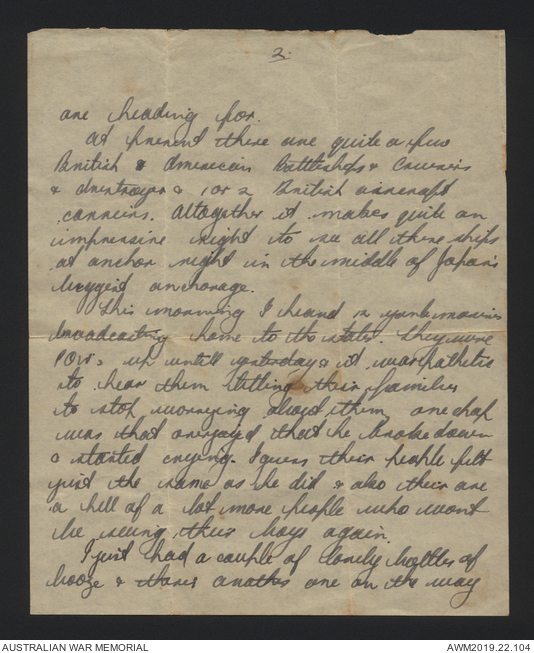 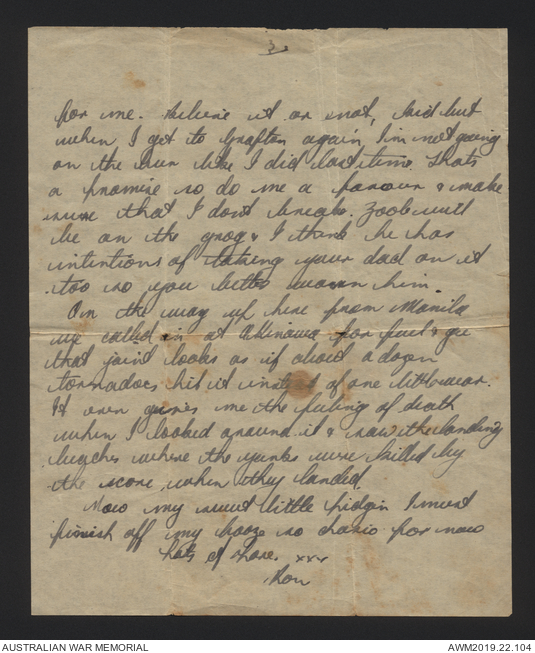 Letter relating to the Second World War service of R25763 Able Seaman Ronald Desmond Hobden, Royal Australian Navy. The letter dated 31 August covers his arrival in Tokyo Bay; his desire to return home; the presence of British and American battleships; the release of American POW’s and their broadcasts home to their families; the men which will not be able to return home; his visit to Okinawa and his reaction to the devastation after the battle. This file contains:

Letter from Ronald Desmond to his girlfriend Heather Baker, 31 August [1945]