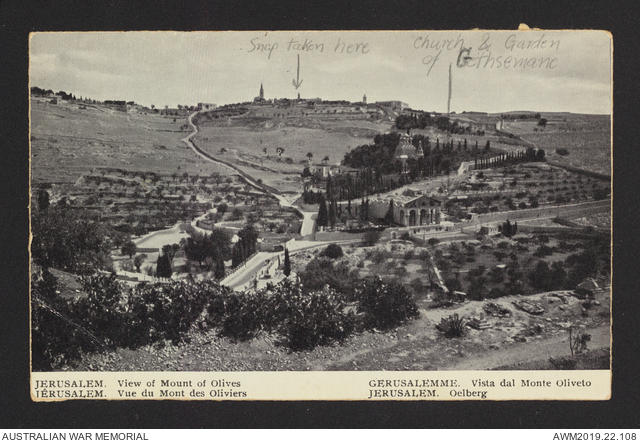 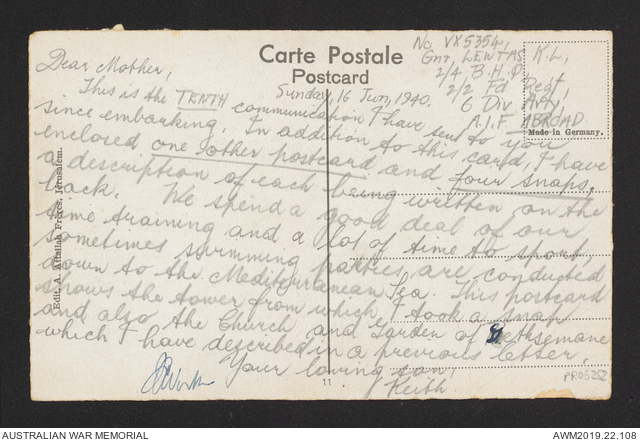 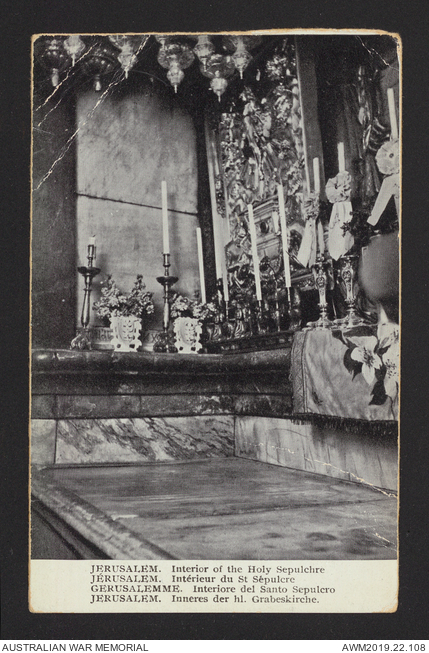 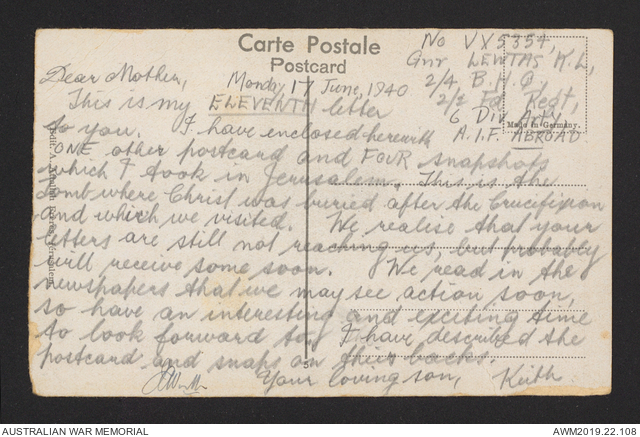 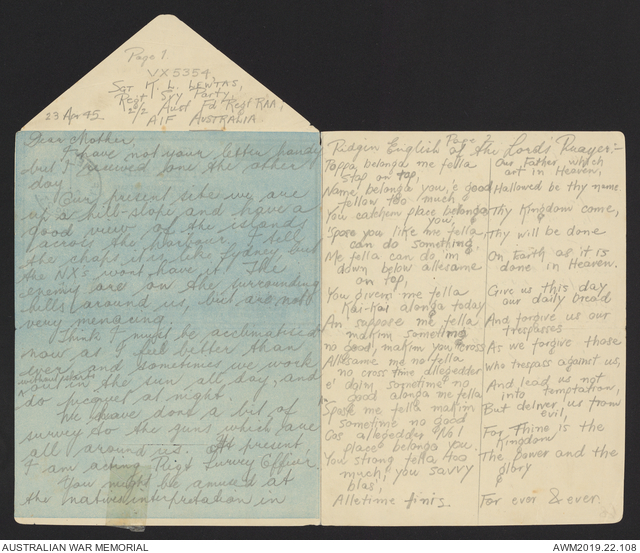 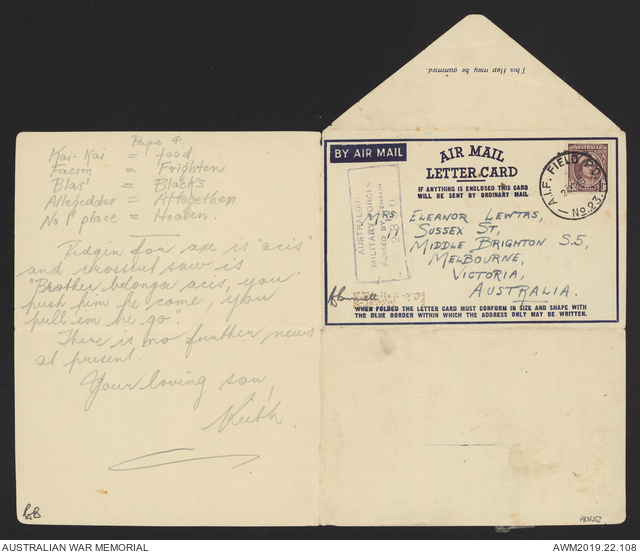 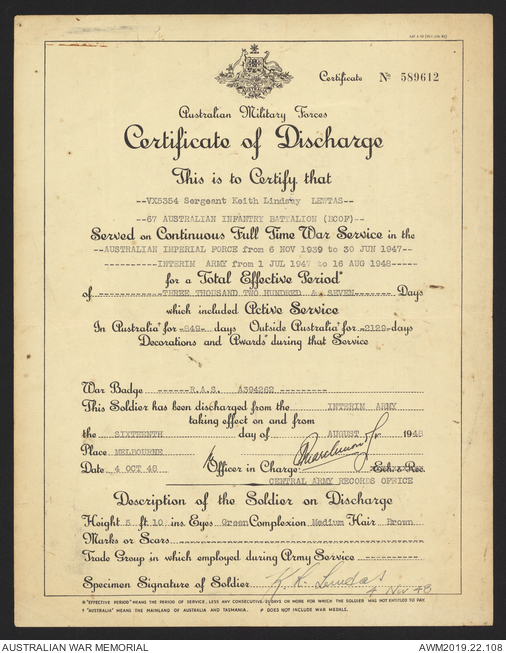 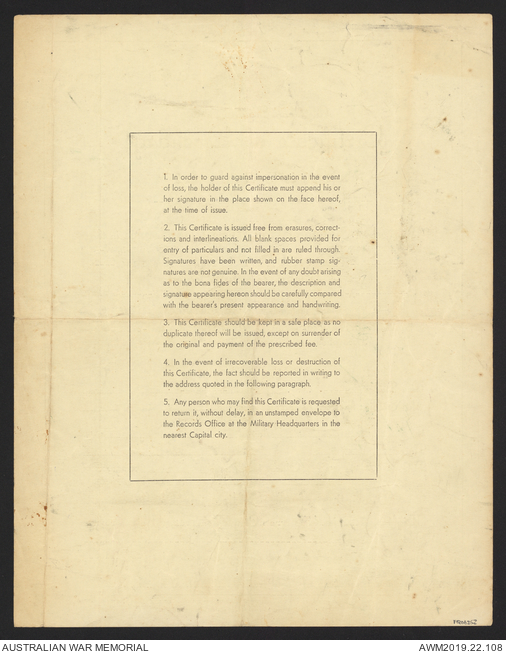 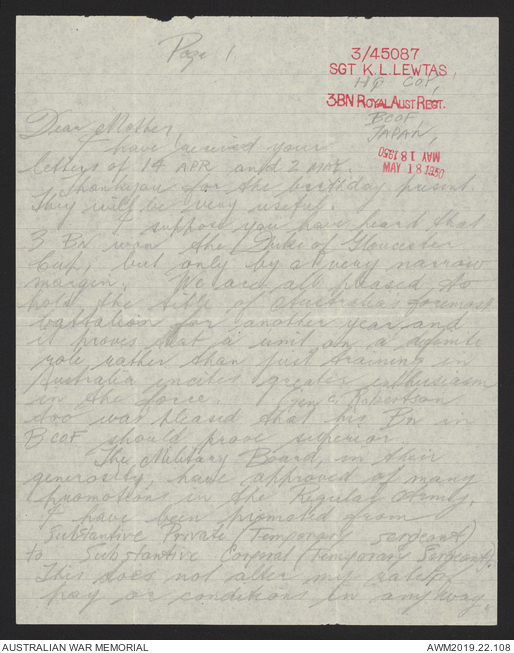 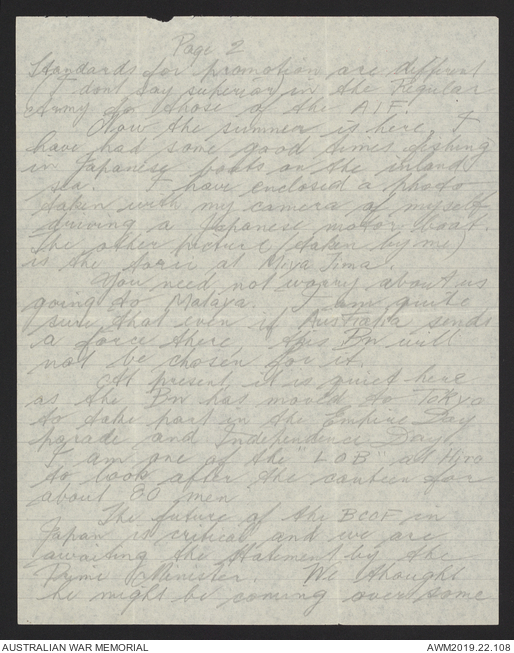 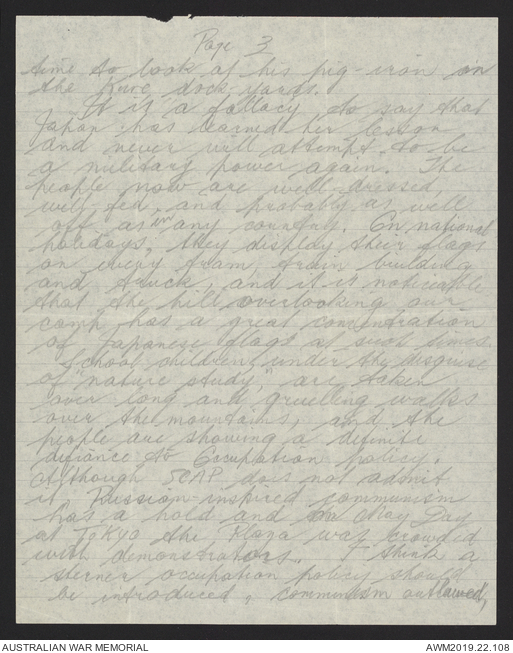 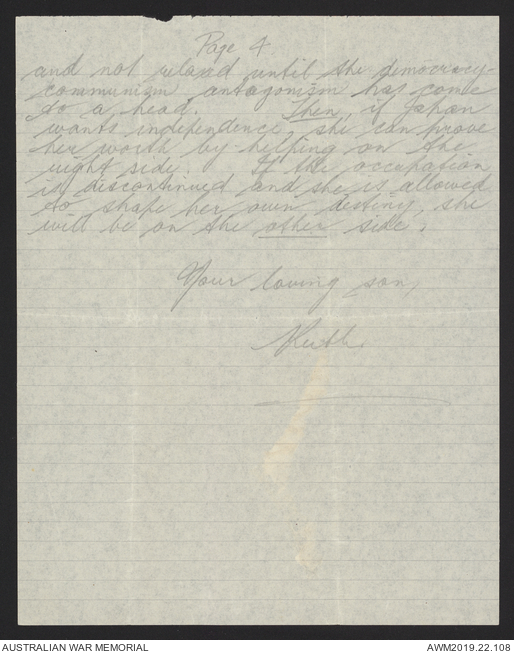 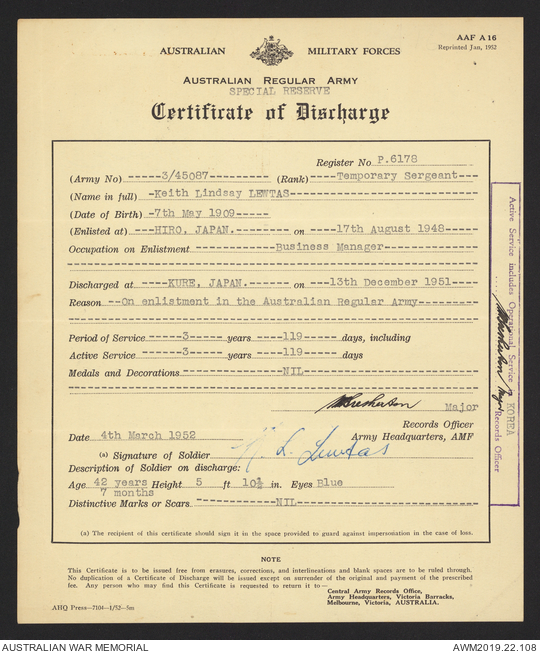 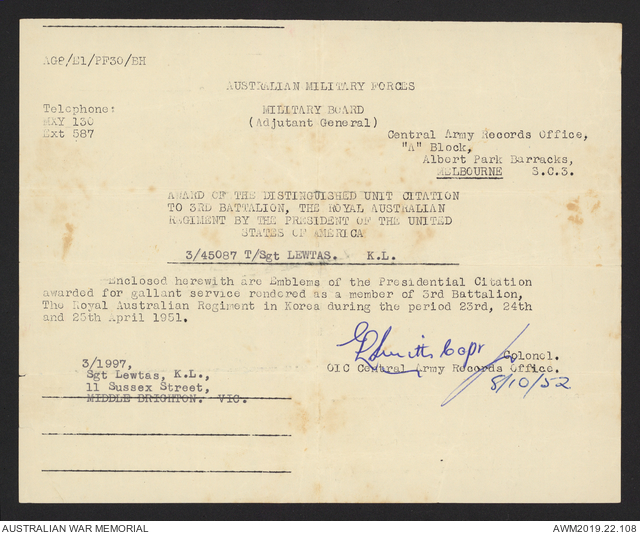 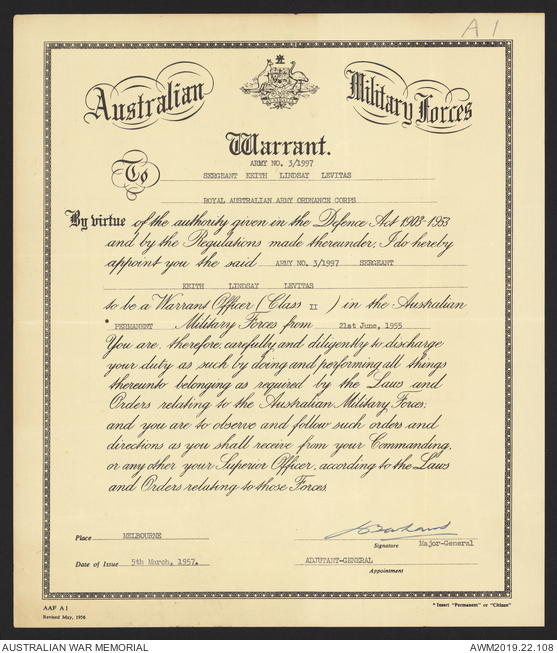 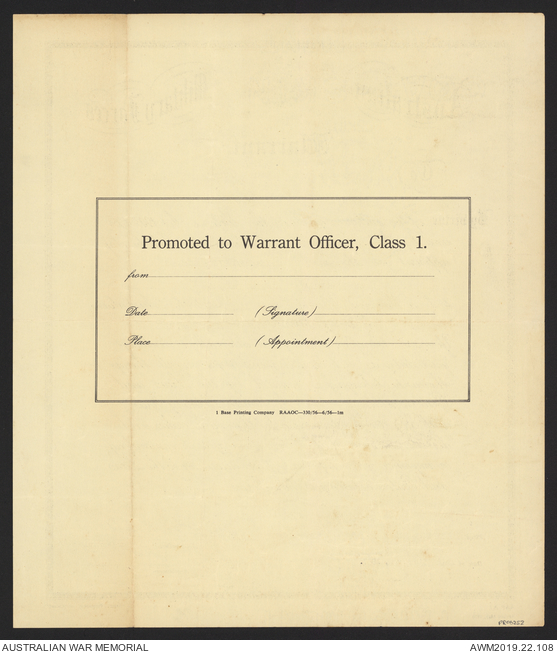 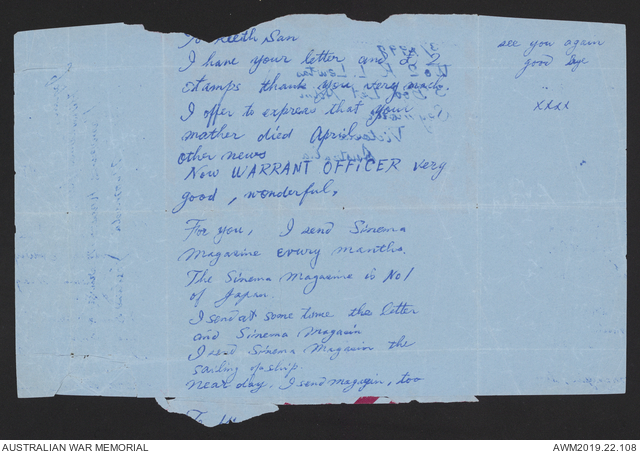 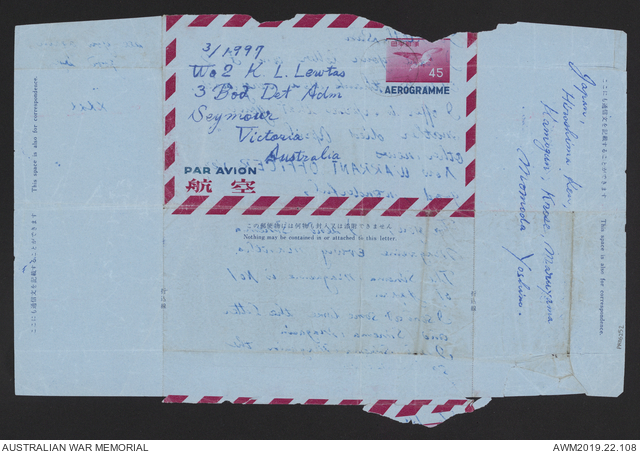 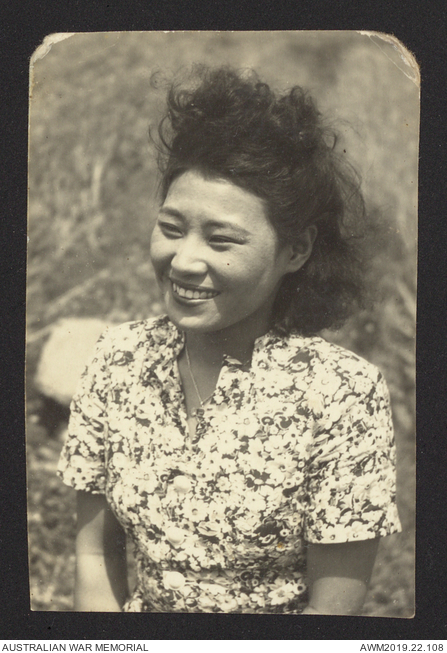 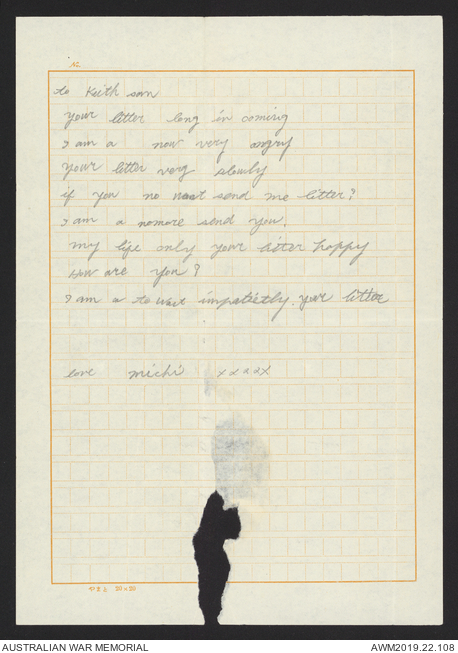 File of letters and certificates relating to the military service of Warrant Officer Keith Lindsay Lewtas, Royal Australian Army Ordnance Corps. These items postcards sent to his mother during the second world war; Letters to his mother during his time in BCOF; a letter relating to his Presidential citation; discharge certificates from his posting in the army and a letter from a woman, Michi, he befriended while in Japan.