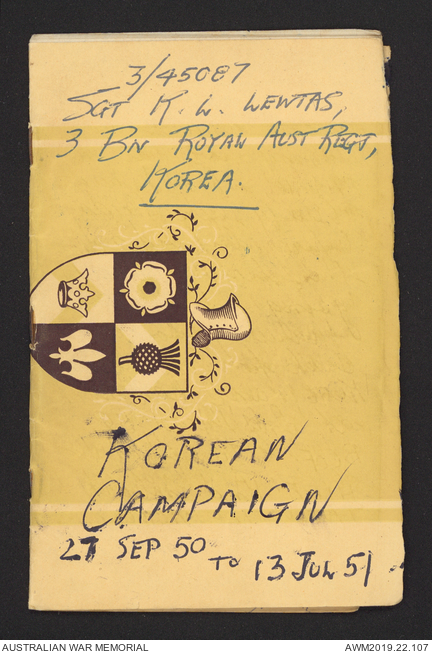 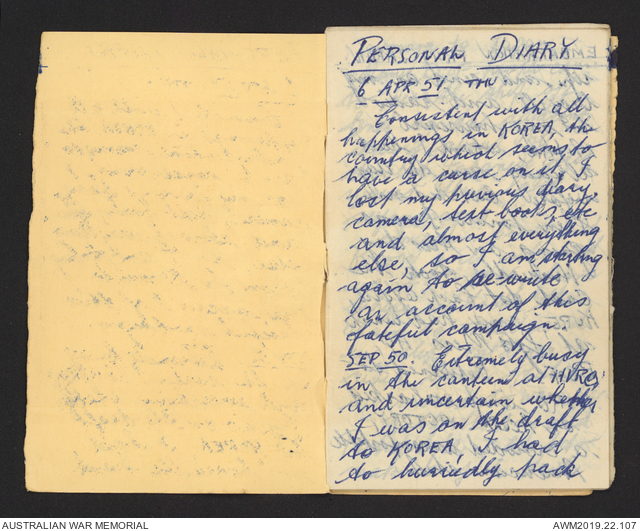 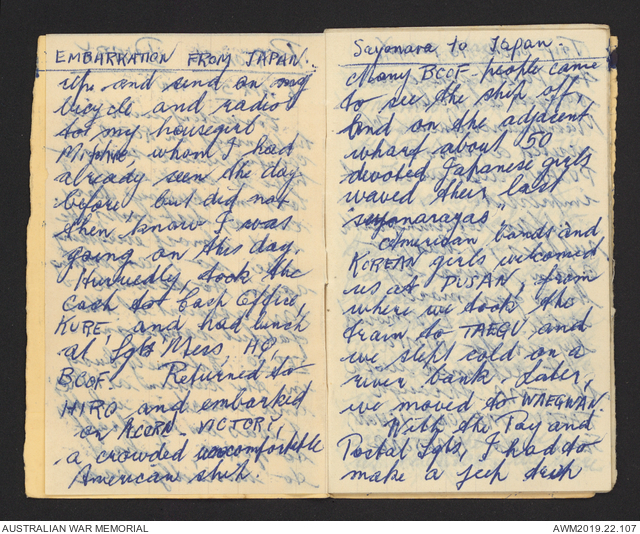 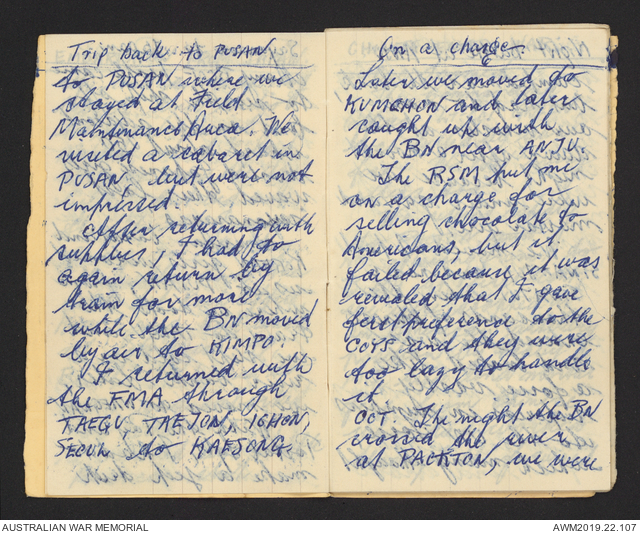 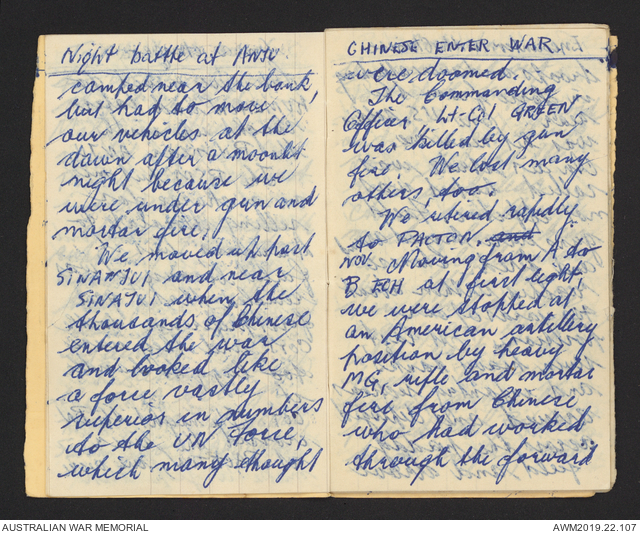 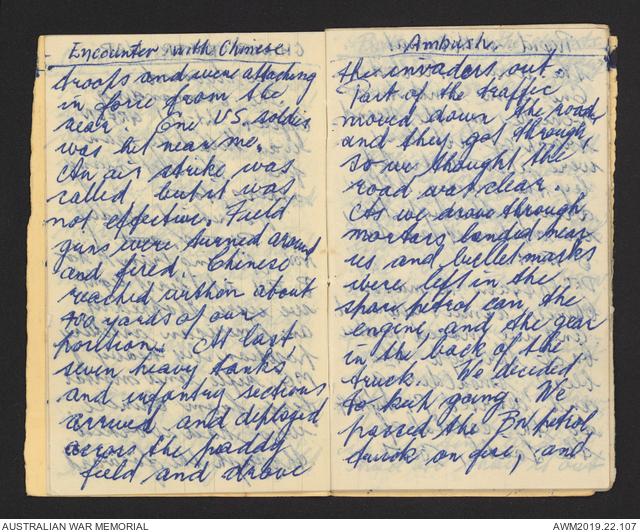 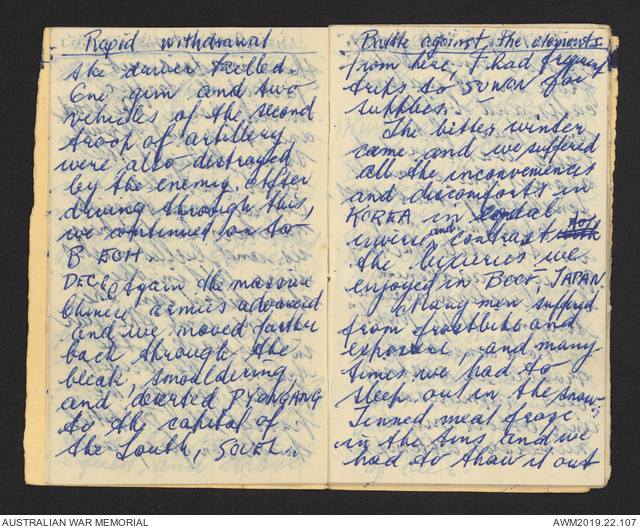 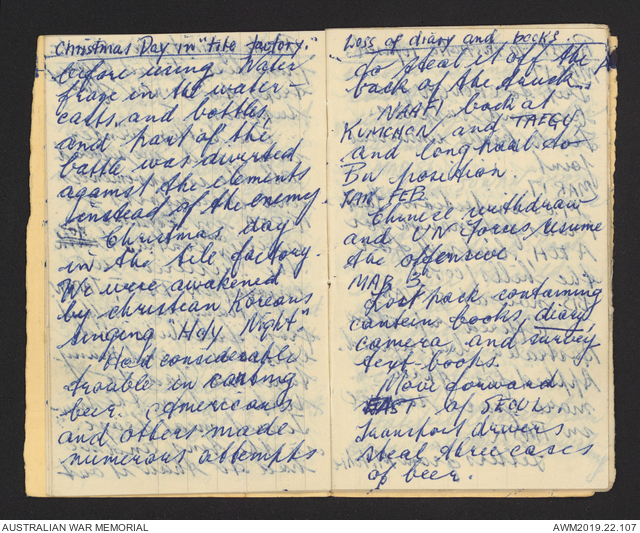 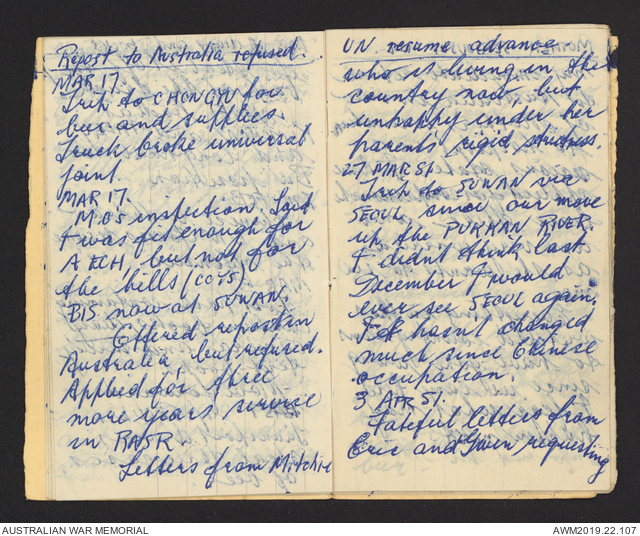 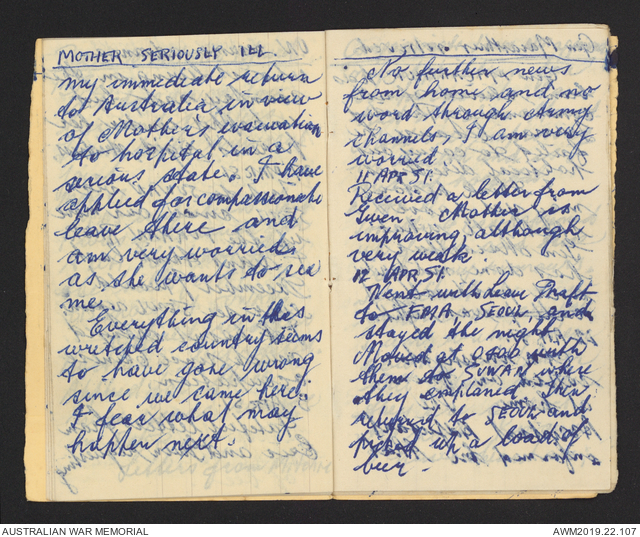 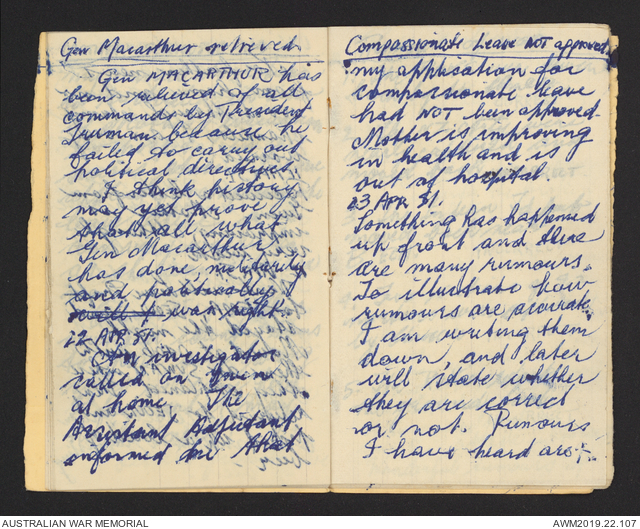 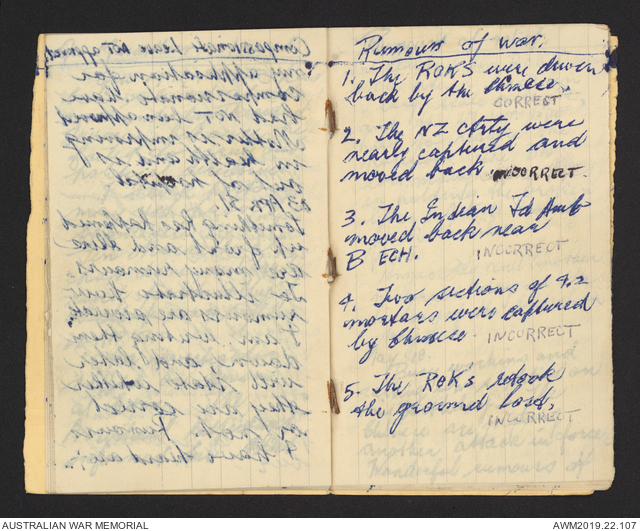 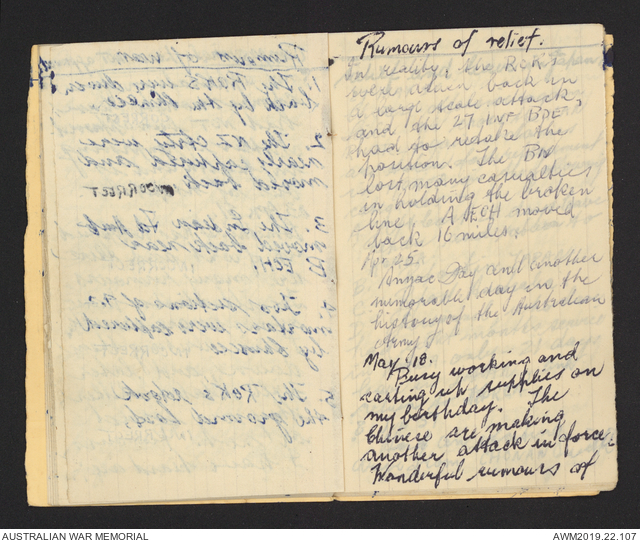 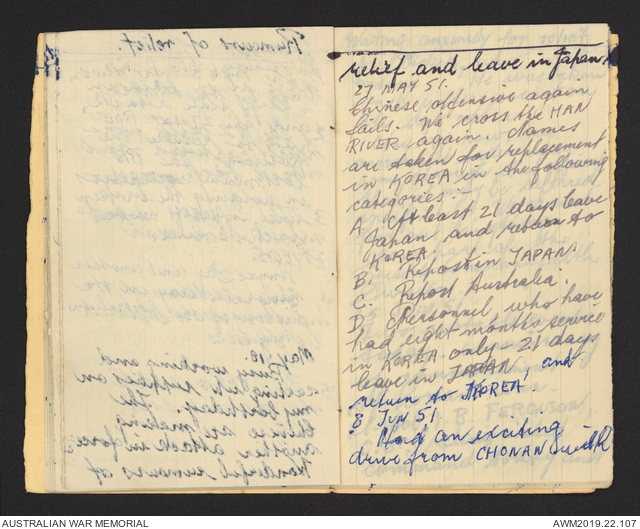 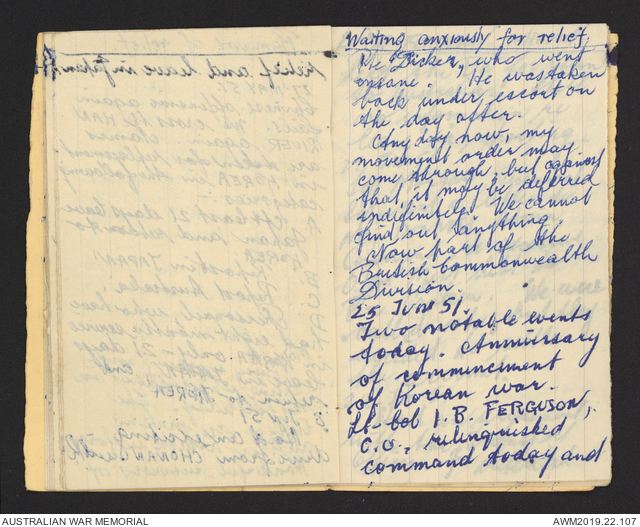 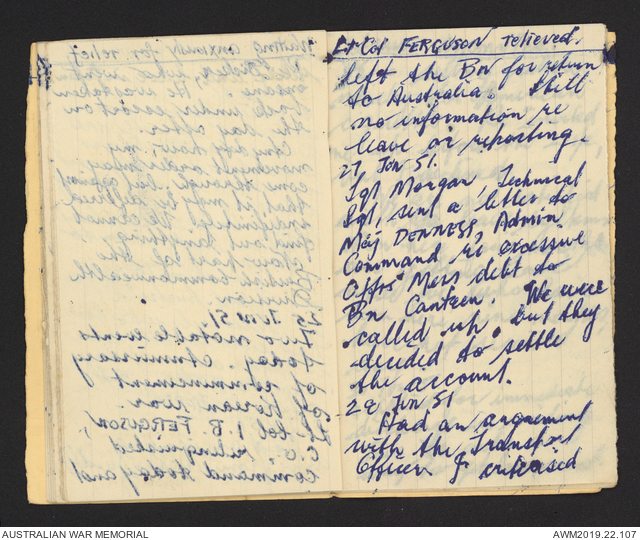 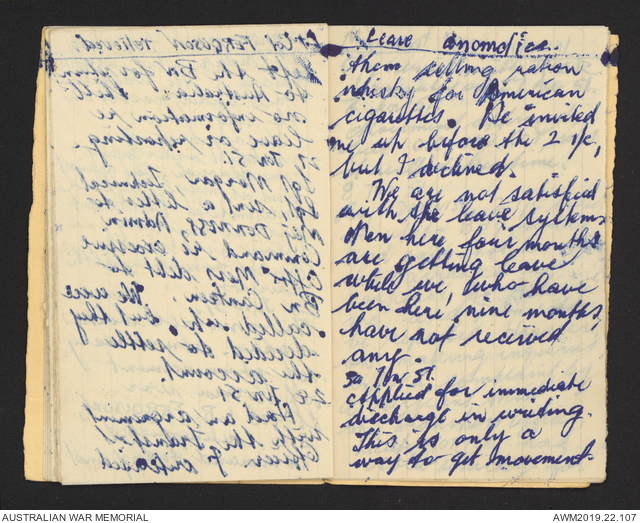 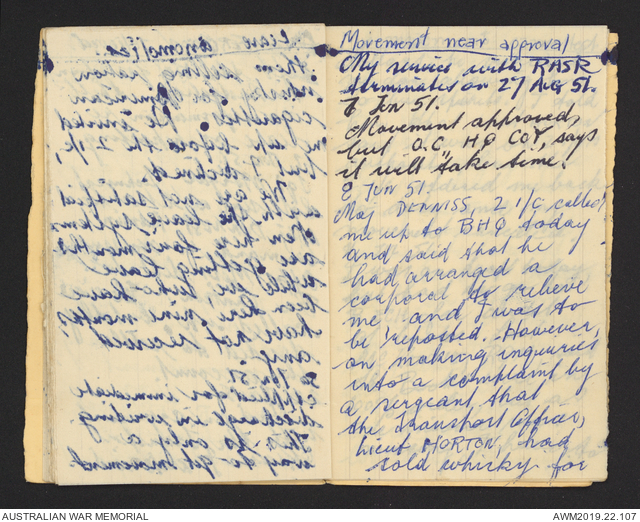 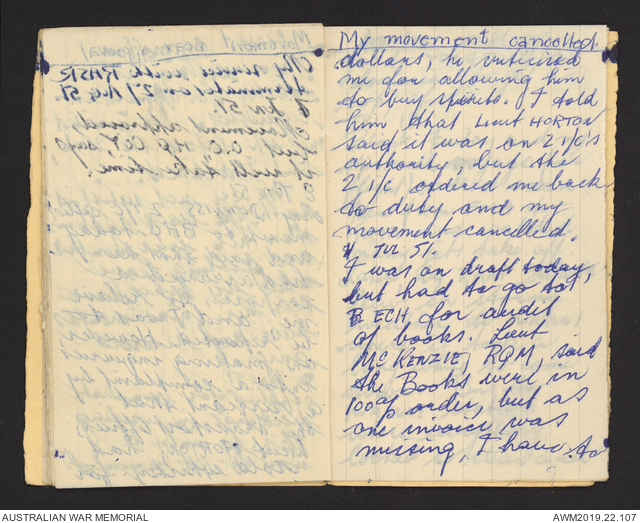 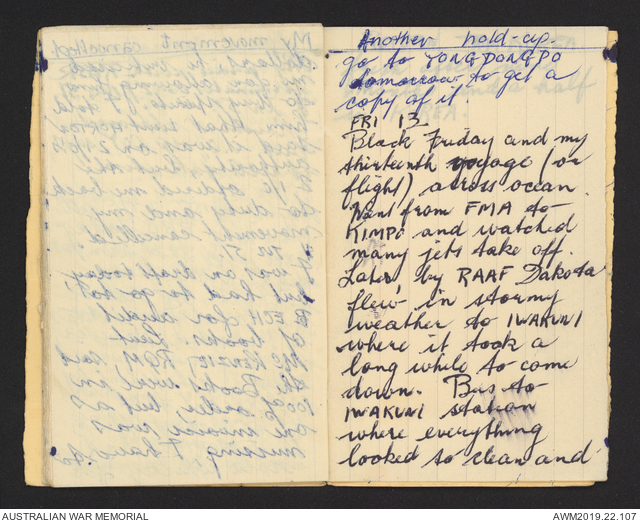 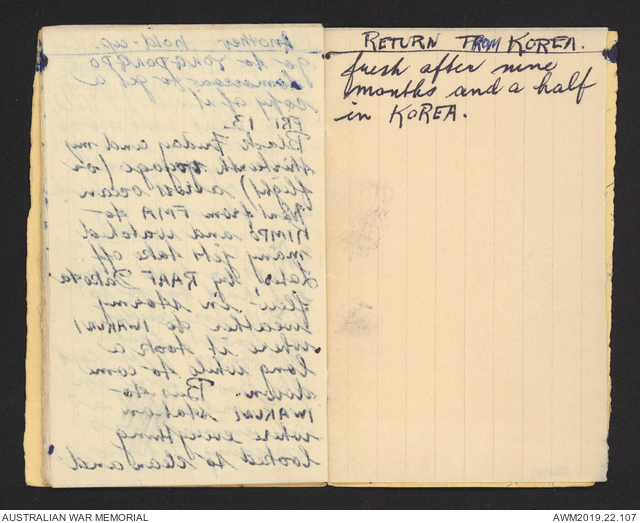 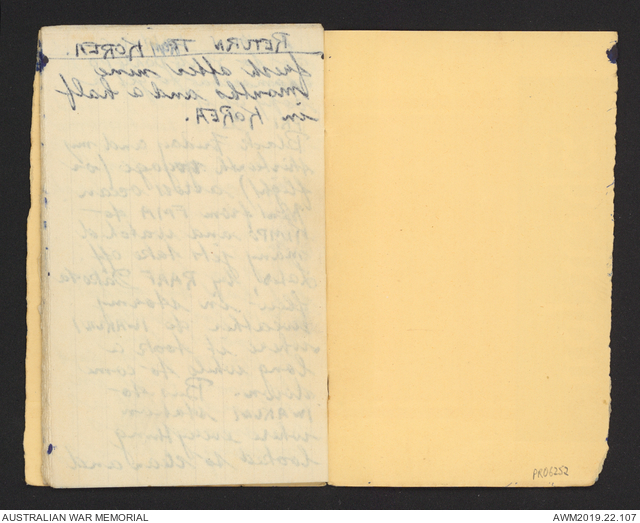 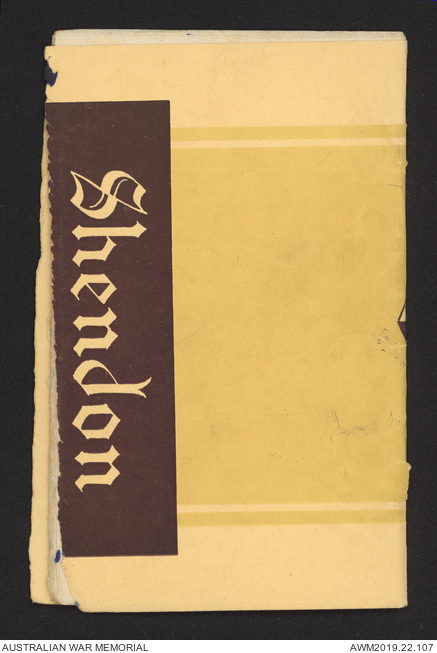 Diary related to the Korean War service of 3/45087 Sergeant Keith Lindsay Lewtas, 3 Battalion Royal Australian Regiment. This diary written between 27 September 1950 and 13 July 1951 mentions: the trip from Japan to Korea and the initial set up of the battalion; a battle at Sinanju; the force of the Chinese army; his worry over his mother being dangerously ill and his is stuck in Korea; the dissatisfaction of the leave arrangements and his return to Japan.