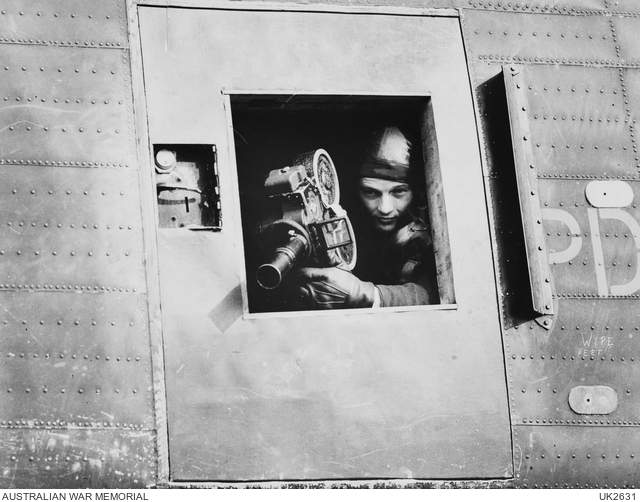 Lincolnshire, England. 1945-03-16. 424082 Pilot Officer Robert Arthur Buckland, RAAF, with his movie camera at a cut-away hatchway of one of the specially adapted Lancaster aircraft of No. 463 Squadron RAAF, based at RAF Station Waddington, used both for bombing and cinematography. Buckland is one of eight who fly from English bases in Australian Lancaster aircraft of RAF Bomber Command to make film records of heavy bomber attacks for the RAF Film Production Unit. The film Buckland and his fellow cameramen produce is seen in newsreels exhibited throughout the world.