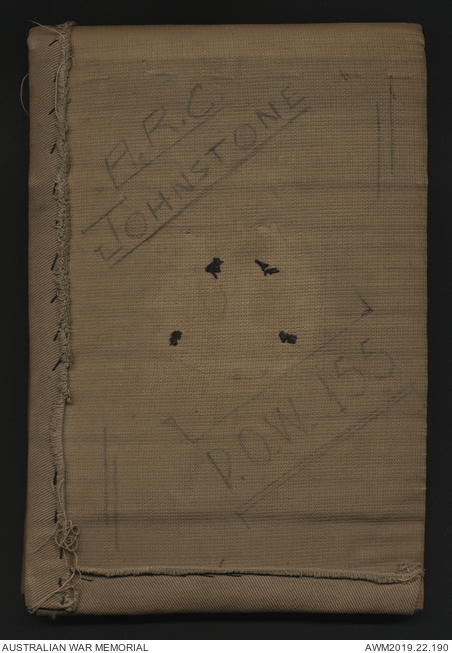 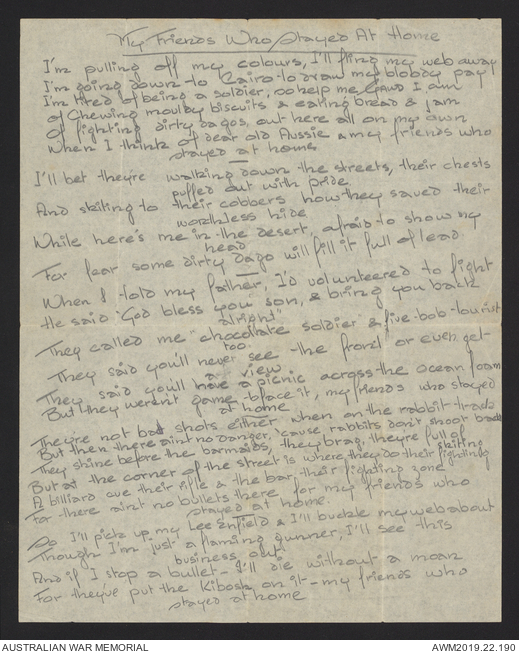 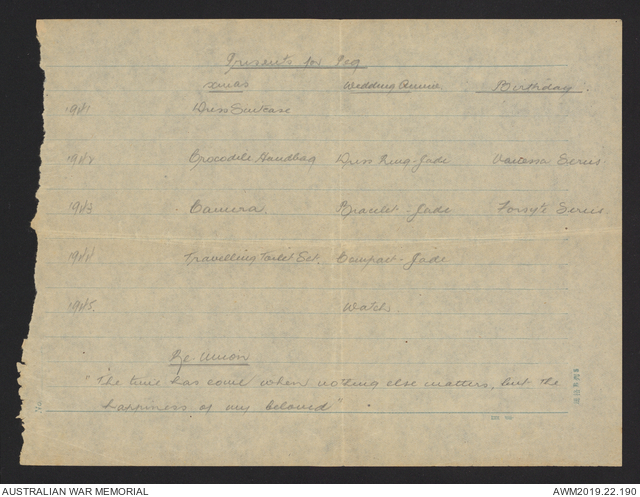 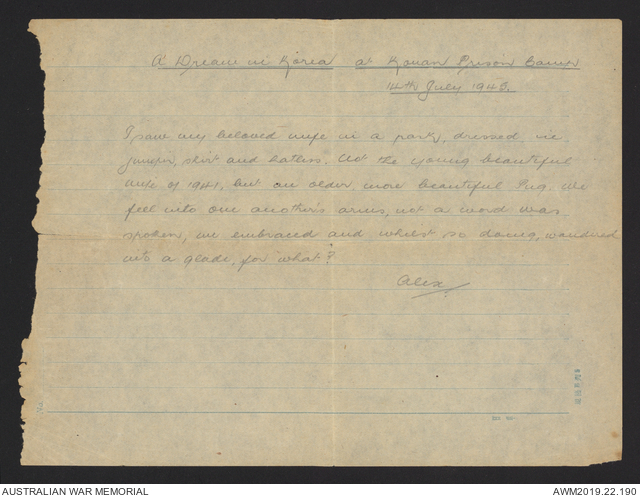 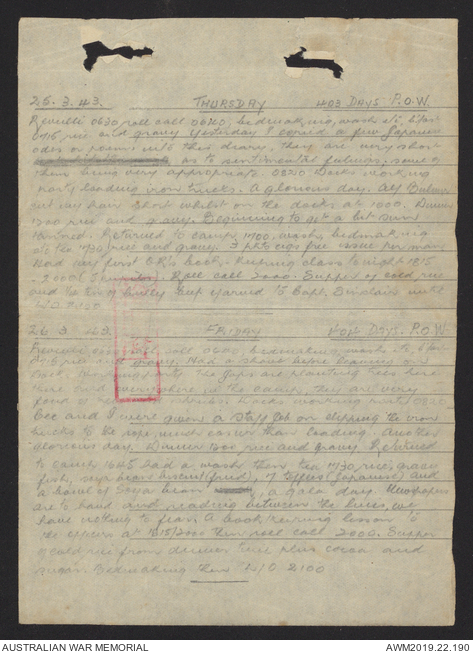 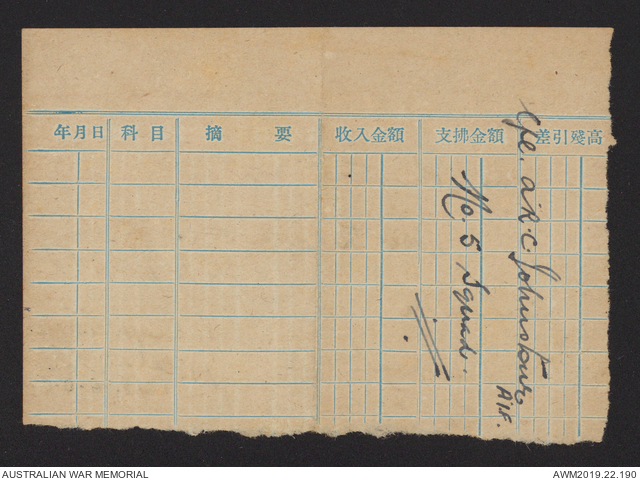 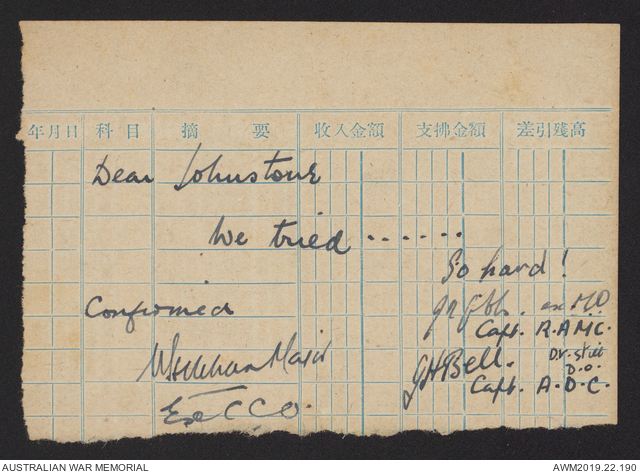 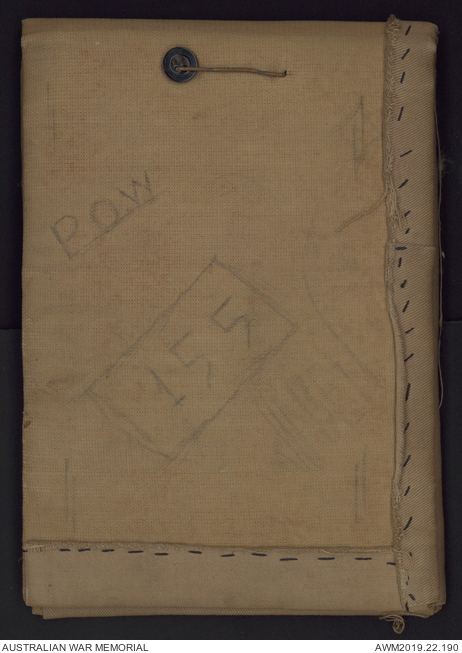 The diary documents the period between 23 March 1943 and 29 January 1944. During this time Johnstone was held as a prisoner of war in the camp at Jinsen, Korea. The daily entries are written partly in the form of communications with his wife Peg, and provide details about camp life and conditions, including food, recreation, illness and work (e.g. quarry, wharf and railway labour). Other common subjects include the weather, receiving letters and parcels, and lessons. Also included in the diary are poems, and a pressed flower. Some entries have been partly blacked out to make the writing illegible.