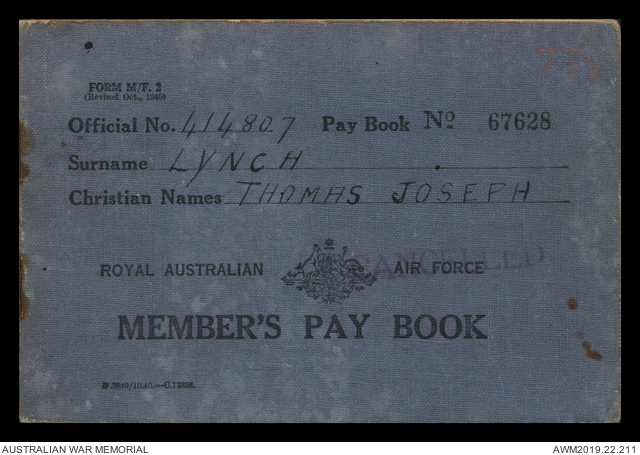 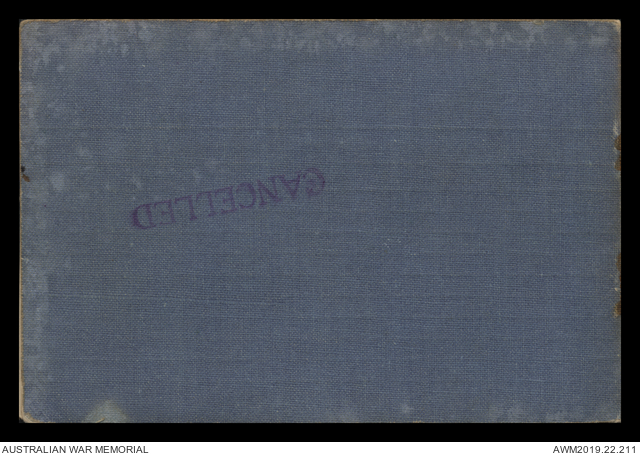 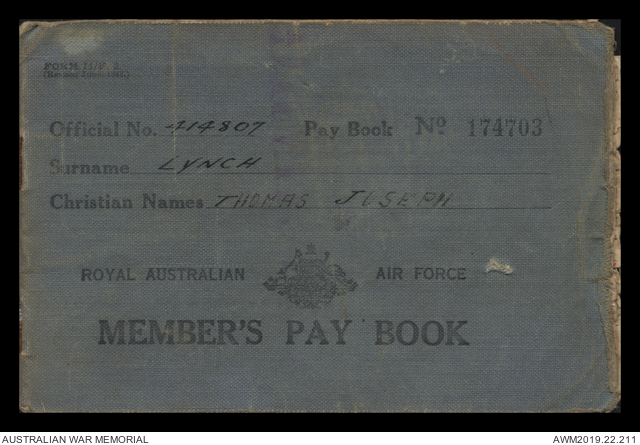 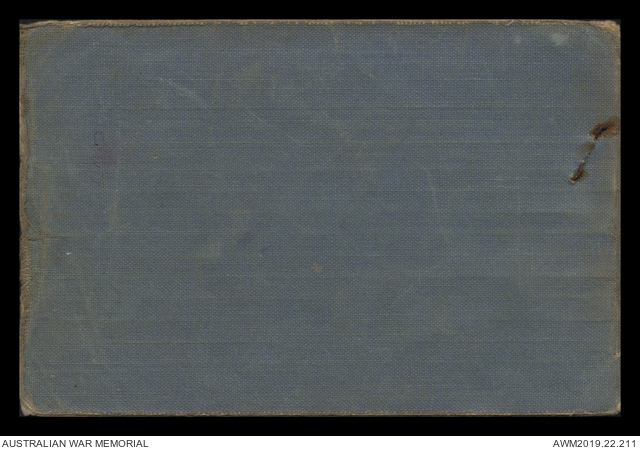 Lynch enlisted in November 1941 and served as an air gunner. He was based in England and took part in many bombing operations over Italy and Germany before his plane was shot down over Germany in April 1944. Lynch was then captured as a prisoner of war. These pay books record Lynch’s postings and attachments, promotions, pay, vaccinations, and next of kin details during his time of service.