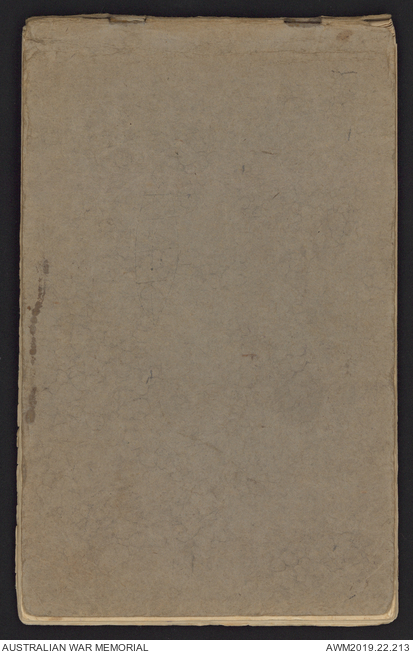 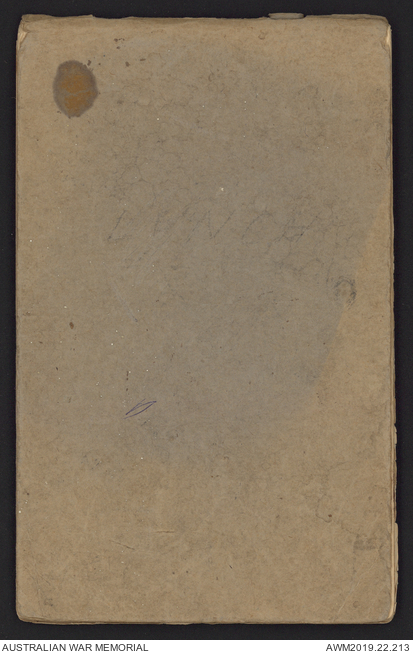 In his notebook, Lynch relates the story of his experiences between April 1944 and January 1945, in which he was an air gunner in a bombing crew and later a prisoner of war of the Germans. He begins his story on 5 May 1944, when he woke up to find himself in a German hospital with one of his legs amputated. He then recalls events such as sending his first letter home, hearing of his crew members deaths, being violently threatened by another patient, being transferred to a different hospital, his leg wound becoming seriously infected and being in severe pain, treatment by kind medical staff, receiving blood transfusions from other Allied prisoners of war, meeting his two new roommates and hearing their stories, having visitors interested in the new medical procedures being developed and used on the prisoners, standing and using crutches for the first time since his amputation, and being moved to yet another hospital, this time at Stalag IXC. Lynch concludes his story with details of the prisoner of war camp, including being treated by Allied doctors who were prisoners themselves, eating rations of black bread, meeting numerous patients with severe burns to their bodies and faces, spending Christmas in the camp, and finally being repatriated to England in early 1945.