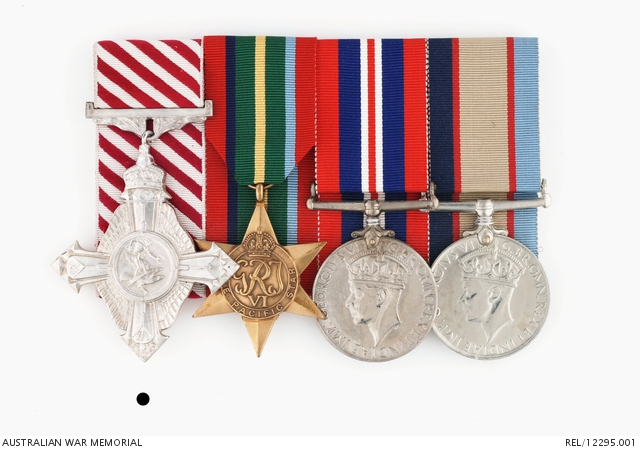 Squadron Leader Stanley Frank Spooner was born in Southfields, England on 9 August 1906. He enlisted in the RAAF at Point Cook on 2 December 1926 as a fitter and turner. By 1932 he was an airman pilot and over the following three years was posted to No 1 Flyer Training School and the Seaplane Squadron where he was involved in air/sea communication trials and aerial survey. He became a flying instructor in February 1935.

This was Ellsworth's third attempt at the crossing. His plane developed radio problems nearly half way across the continent from Dundee Island and later ran out of fuel when only a few kilometres short of their objective, the American exploration base, Little America, located on the Ross Ice Shelf near the Bay of Whales.

The then Sergeant Spooner, under the command of Flight Lieutenant C E Douglas, together with Flying Officer A M Murdoch, riggers Sergeant E F Easterbrook and Corporal N E Cottee, wireless operator and mechanic Sergeant J W Reddrop and Aircraftman C W Gibbs, made up the RAAF contingent on board the British research vessel Discovery II, diverted from its scientific mission to assist in the search. The crew found the two Americans safe at their destination after they had trekked from their downed plane to the base. Though grateful to the governments for their efforts, Ellsworth insisted that it was unnecessary and that he had accomplished the feat unaided.

Considered an exceptional pilot on a wide variety of aircraft including the Gypsy Moth, Wirraway, Avro Cadet, Wapiti, Airspeed Oxford, Beaufort and Anson, Spooner's contribution as an instructor was invaluable and was recognised with an Air Force Cross in 1941. The recommendation for the award reads:

'Acting Flight Lieutenant SPOONER is an ex-Airman Pilot who was enlisted in the R.A.A.F. in December, 1926. He became an Airman Pilot in 1932 and, after a period of duty on seaplanes, became a flying instructor in February, 1935. He was granted a commission 1.10.39.
Flight Lieutenant SPOONER has been continuously employed as a flying instructor for the last six years. He has flown 2,400 hours. He is graded as an 'A.1' instructor. He is an exceptional pilot and an outstanding officer. Since the outbreak of war, he has been continuously employed as a flying instructor at Central Flying School and for the past three months has been a flight commander.
He has shown ceaseless devotion to duty. By his diligence and untiring efforts and by his cheerful uncomplaining manner he has been an inspiration and example to officers and men. His pupils have always been well and carefully trained and his flight has been efficiently commanded and supervised.
He has at times been employed as a testing and grading officer on which duties his fairness and efficiency have been worthy of praise.
Although he has been employed continuously for six years of flying instructing, at times under conditions of extreme strain, he has at all times proved himself to be an outstanding officer, pilot and instructor.'

The following year he married Alice White in Burwood, Sydney. In mid 1945, Spooner was based in Moratai for two months where he was posted to 34 Squadron. The squadron was involved in massive air supply and shuttle operations following the allied advances up through South East Asia.