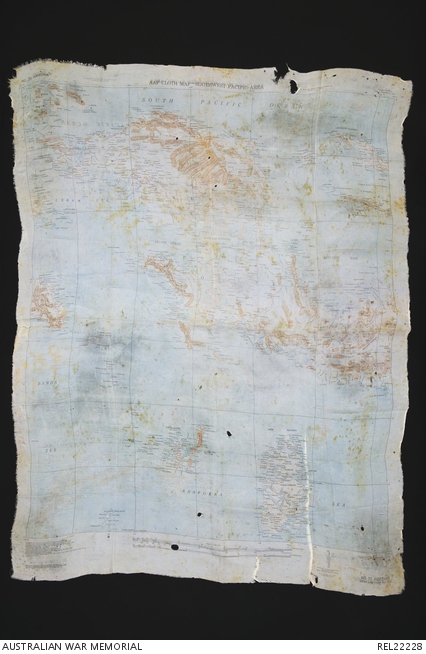 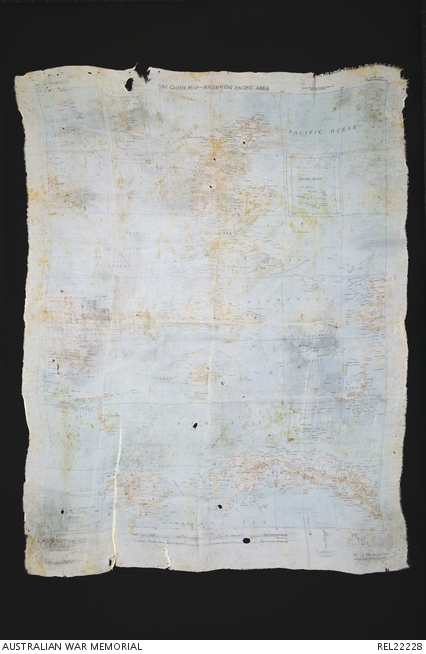 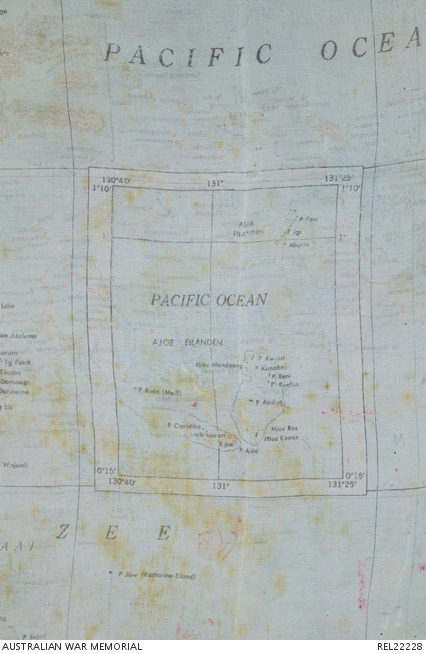 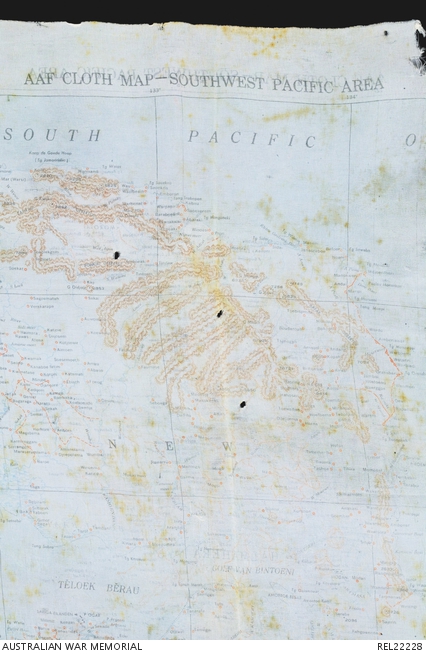 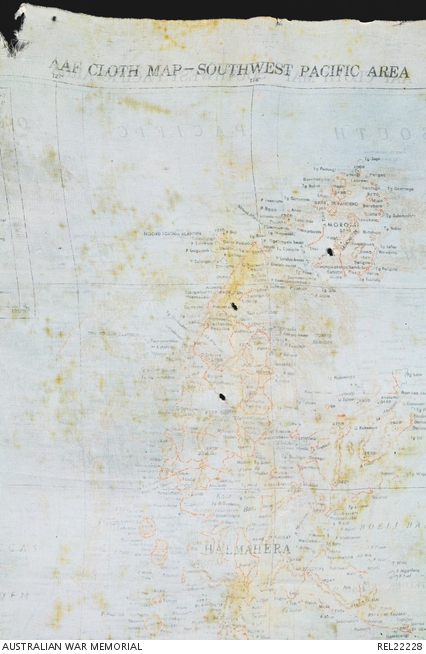 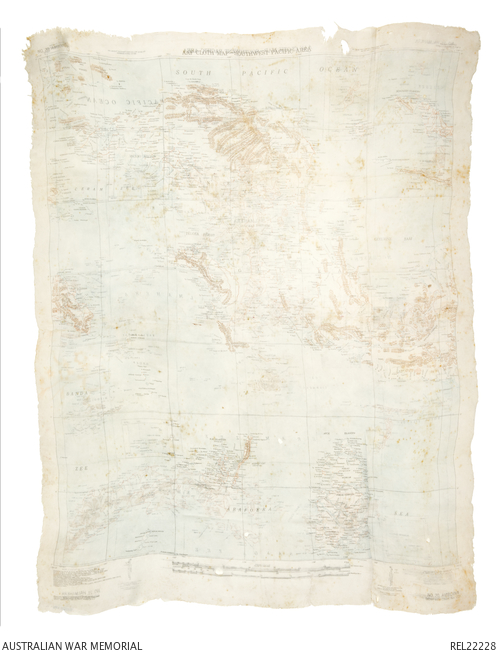 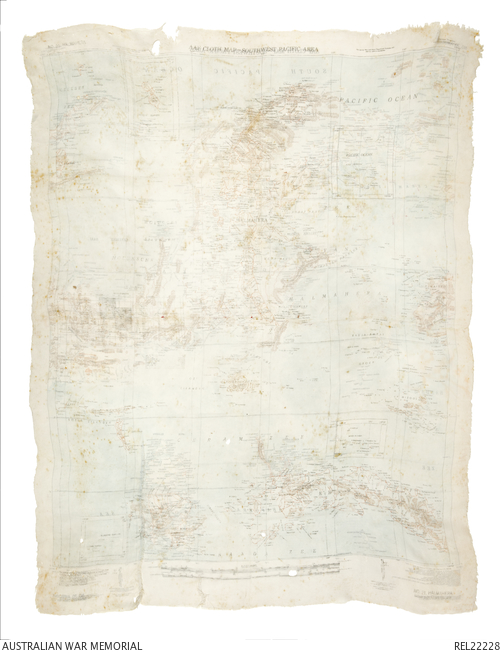 Textile map of the Amboina and Halmahera areas, printed on both sides in black, orange and blue. At the top on each side are the words 'AAF CLOTH MAP - SOUTHWEST PACIFIC AREA'. There are several tears and holes in the map, particularly along the top edge.

This escape map was issued to, and used by, 78144 Flight Sergeant Leonard Victor 'Len' Waters of 78 Squadron, Royal Australian Air Force. Descended from the proud Gamilaraay (Kamilaroi) people of North Western NSW/South West Queensland Waters was born on the Euraba Mission, near Boomi in New South Wales, on 20 June 1924, and worked as a shearer after leaving school before his fourteenth birthday. He joined the RAAF on 24 August 1942 and graduated from the Flight Mechanics Course in January 1943. He was later selected for aircrew training and graduated as sergeant pilot. Posted to No.78 Squadron on 14 November 1944, he flew a total of 95 operational sorties over New Guinea and the Dutch East Indies (Indonesia) in 1944 and 1945 from bases on Noemfoor, Morotai and Tarakan. Len has the distinction of being the only known Australian Aboriginal fighter pilot in the RAAF during the Second World War (there are another two known Australian Aboriginal bomber pilots, Squadron Leader D V Paul DFC and Flying Officer R Hill). His regular aircraft whilst flying with No.78 Squadron was a P-40N Kittyhawk fighter-bomber named 'Black Magic', with the Squadron code 'HU - E'. This aircraft had been named by a previous pilot in the unit who had transferred out of 78 Squadron. On 1 January 1946, Waters was promoted to Warrant Officer and seventeen days later on 18 January 1946 he discharged from the RAAF. He never returned to flying aircraft after the war and died on 24 August 1993 in Cunnamulla, Queensland. Escape maps were produced on silk to make them easier to fold and conceal on the bodies of downed Allied airmen, and had the advantage of being usable when wet, unlike paper maps. For use in the Pacific theatre, however, special treatments were required to protect against insect and fungal attacks. This escape map is United States Army Air Force (USAAF) issue, but was widely used by RAAF airmen.