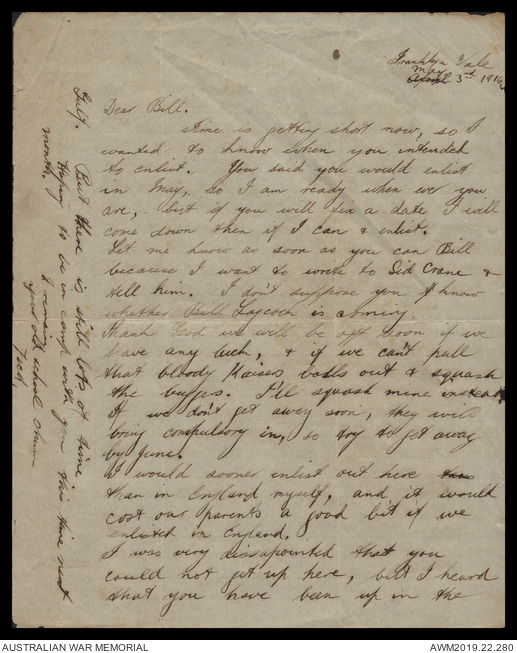 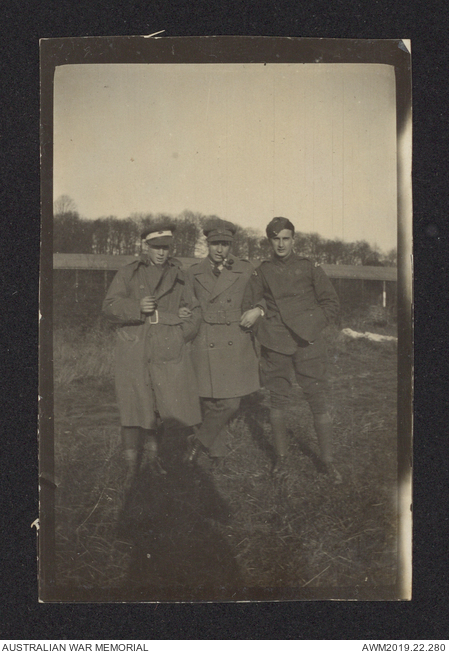 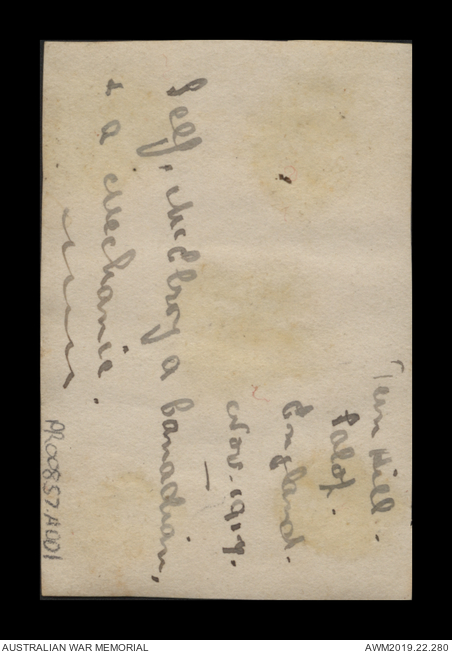 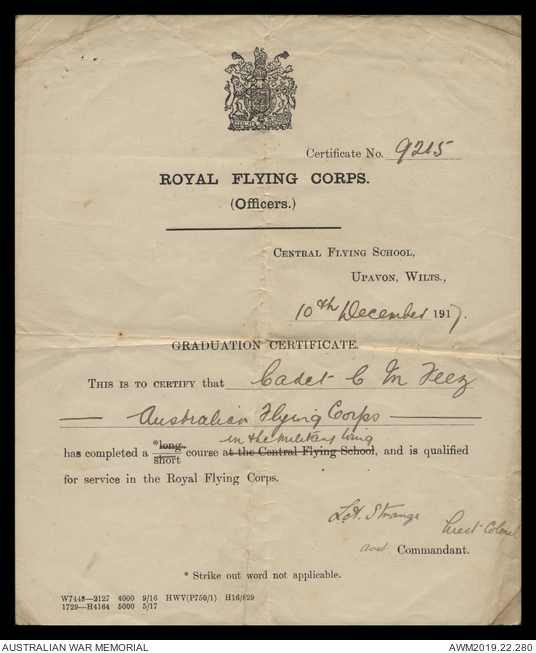 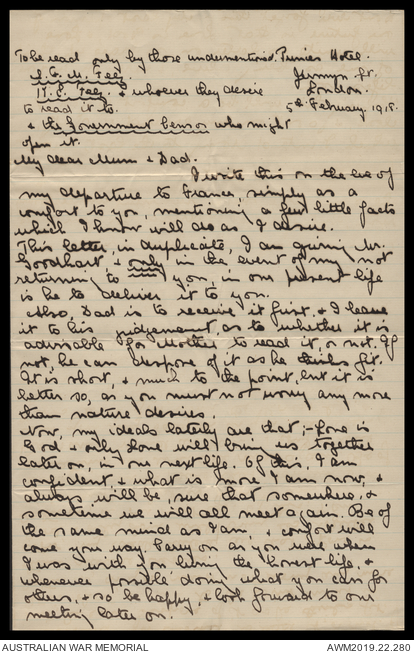 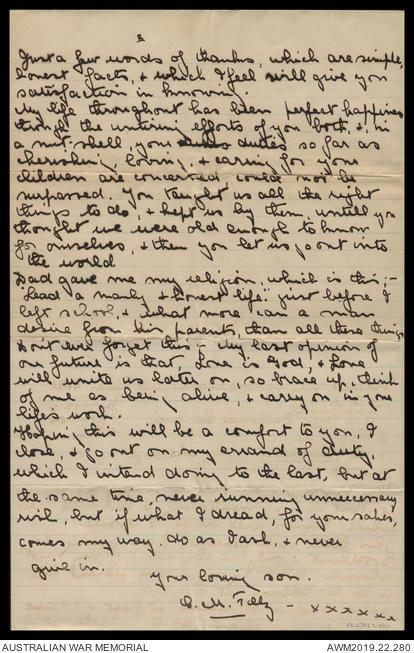 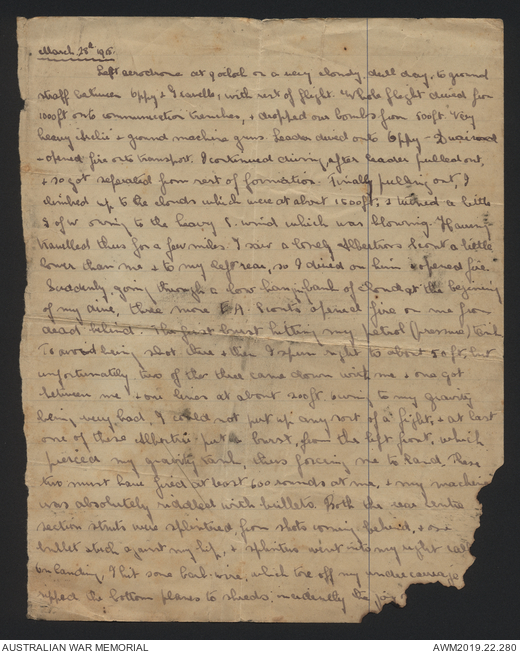 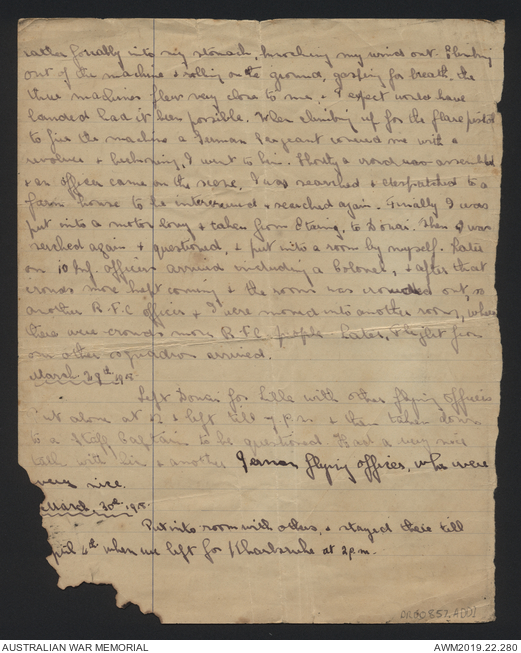 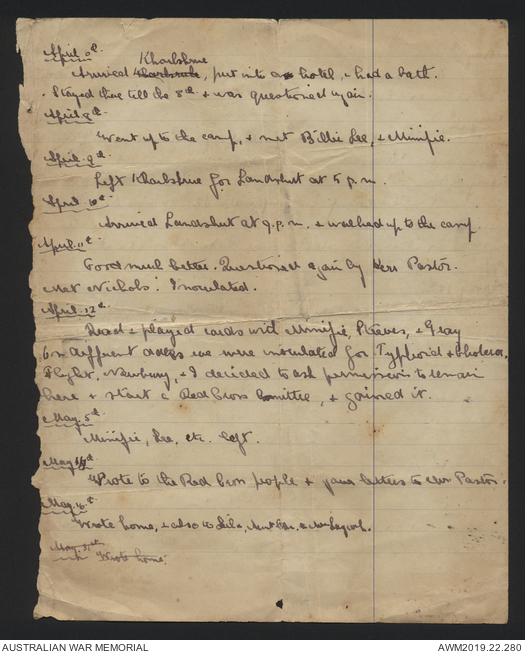 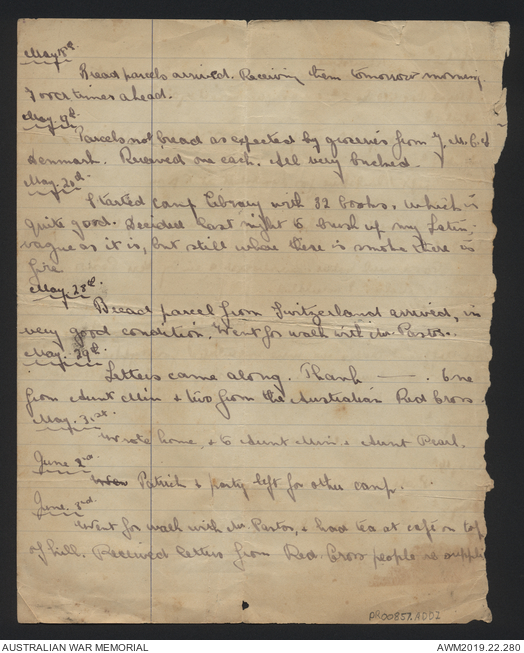 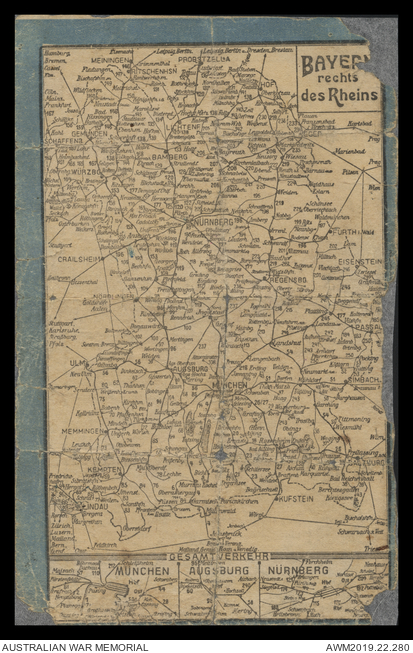 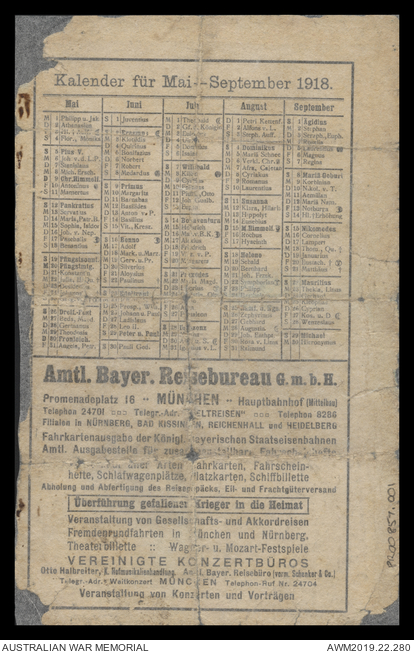 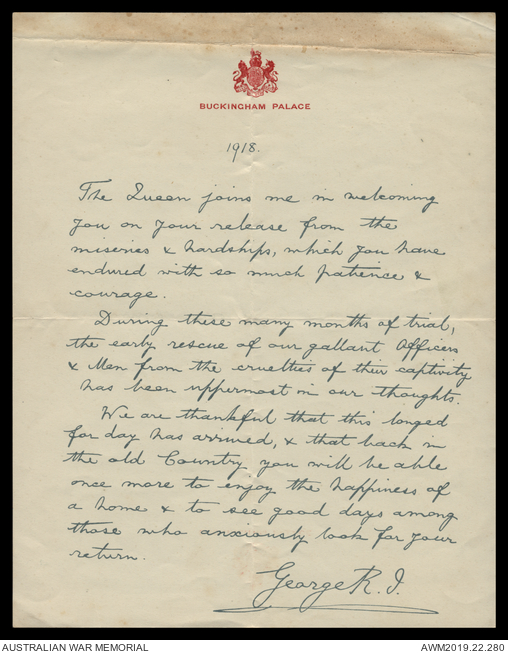 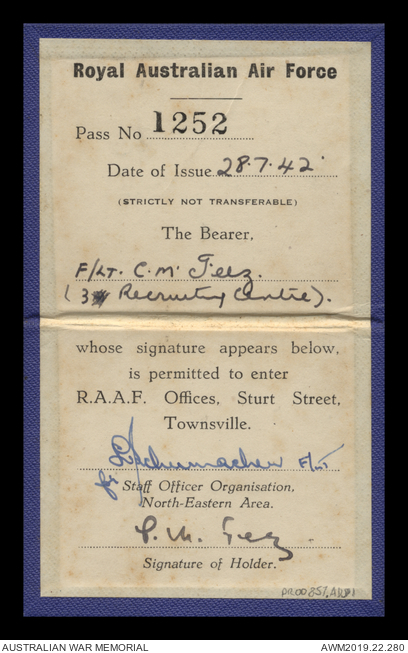 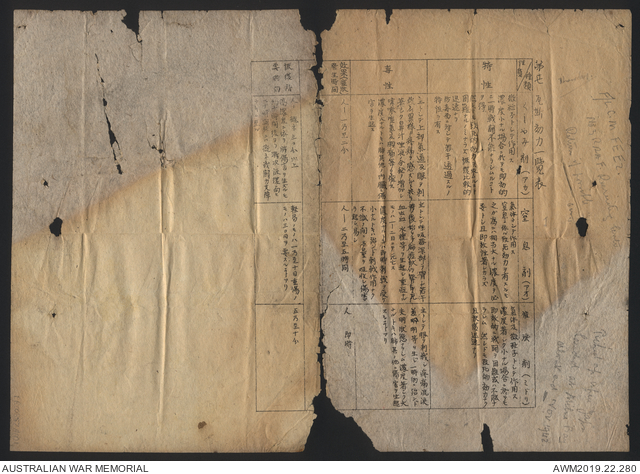 During the First World War, Feez served as a pilot in the Australian Flying Corps. His letters and papers from this period record events such as his enlistment in the Australian Imperial Force, training, qualification as a pilot, service in France, being shot down and becoming a prisoner of war, and his attempted escape from the prisoner of war camp.

Feez served as a recruitment officer for the Royal Australian Air Force (RAAF) during the Second World War. This collection also includes his RAAF permit and a Japanese document picked up from Milne Bay in 1942.