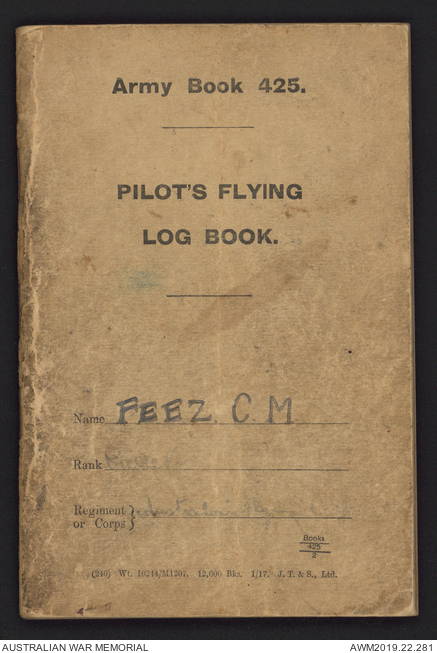 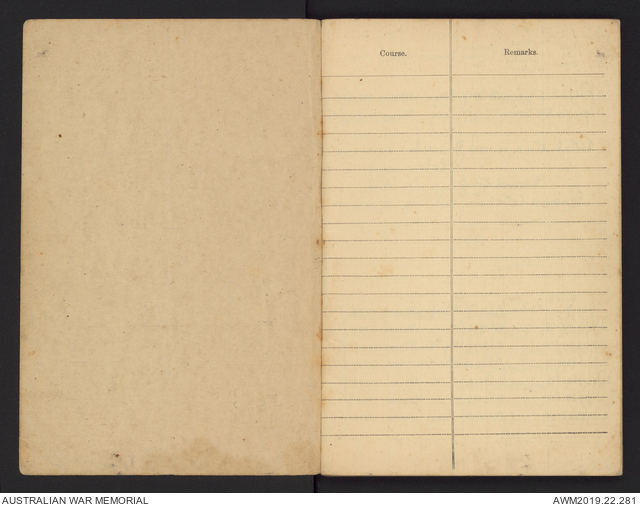 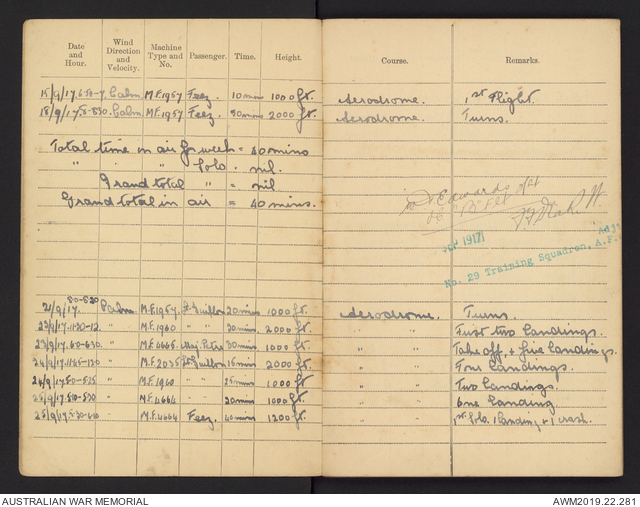 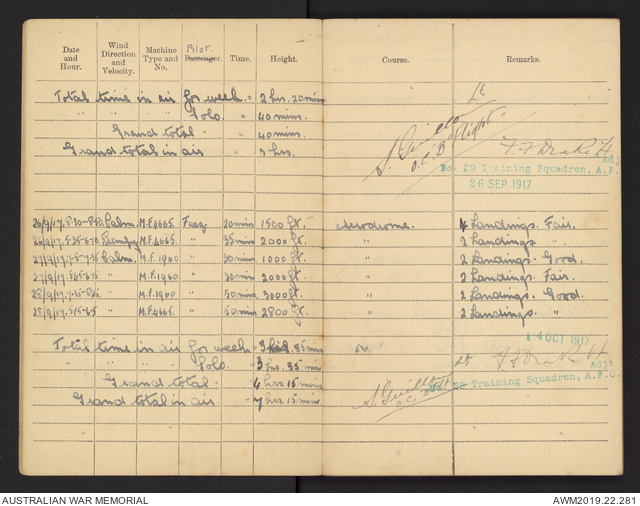 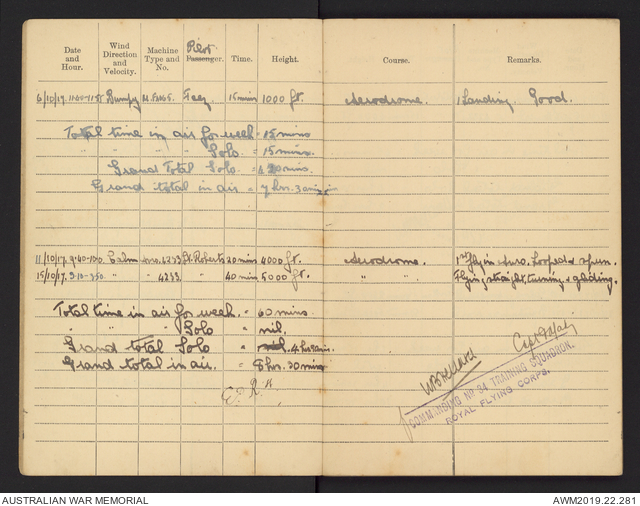 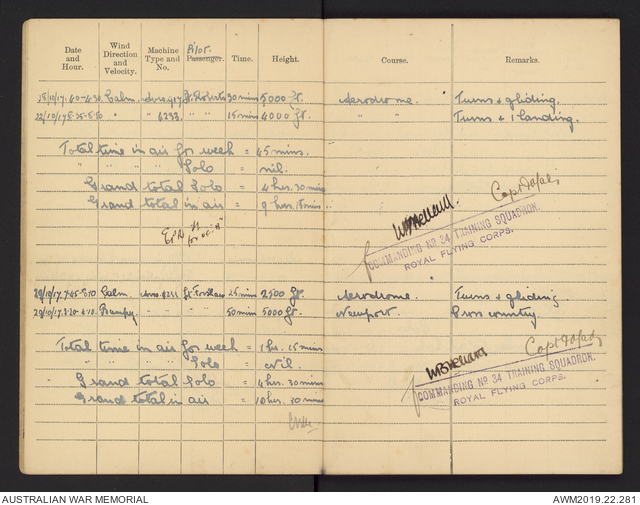 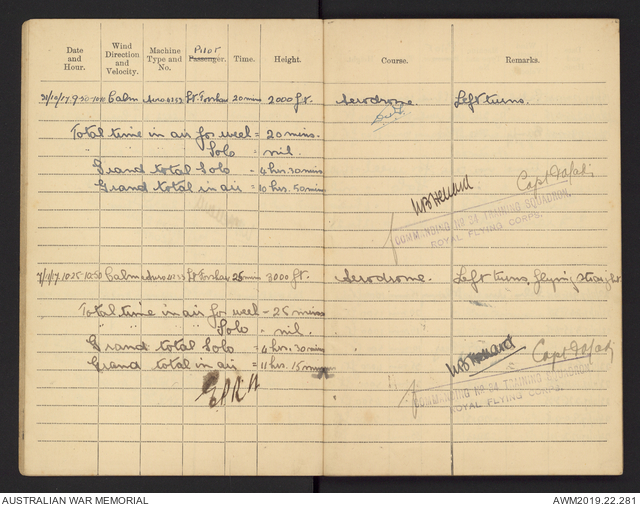 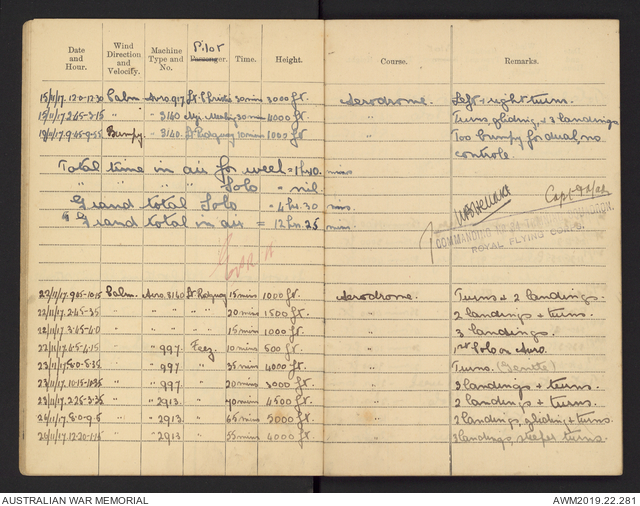 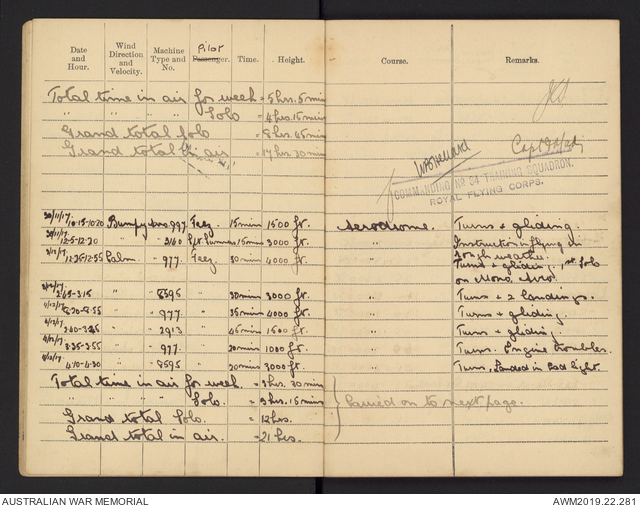 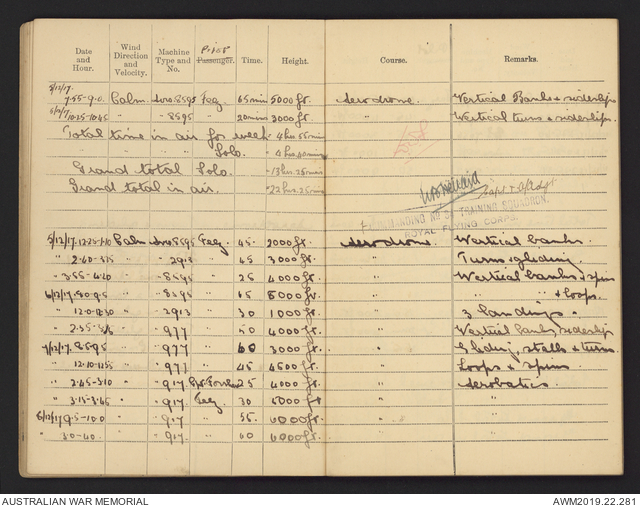 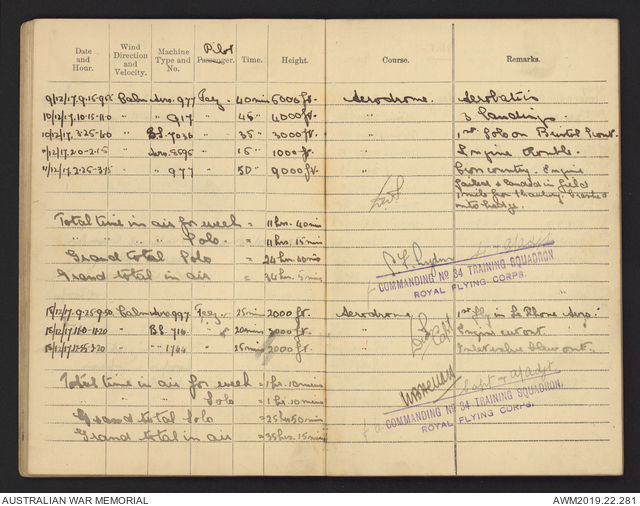 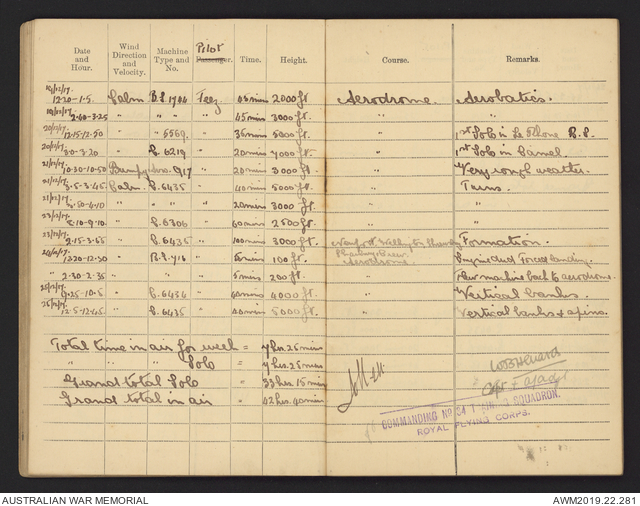 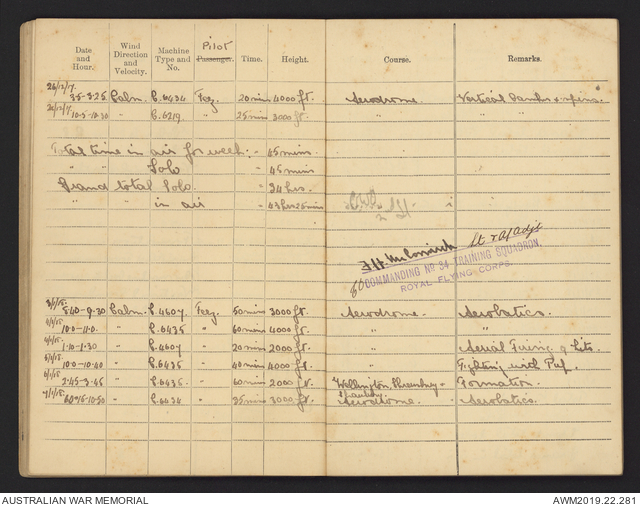 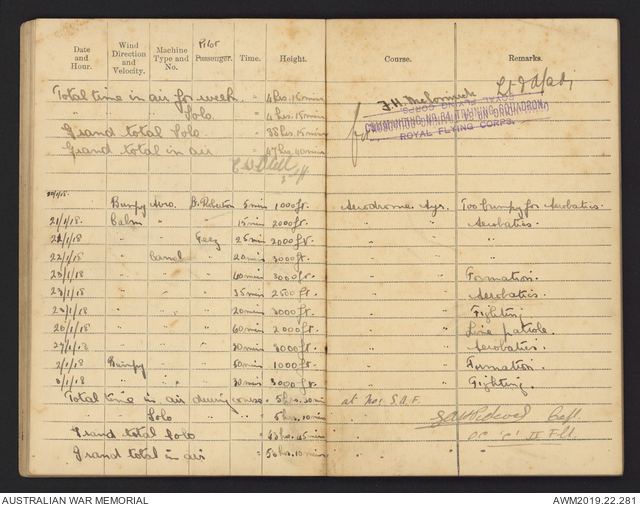 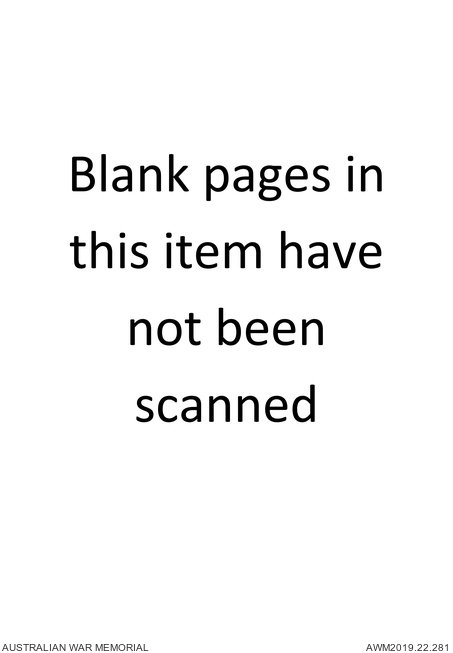 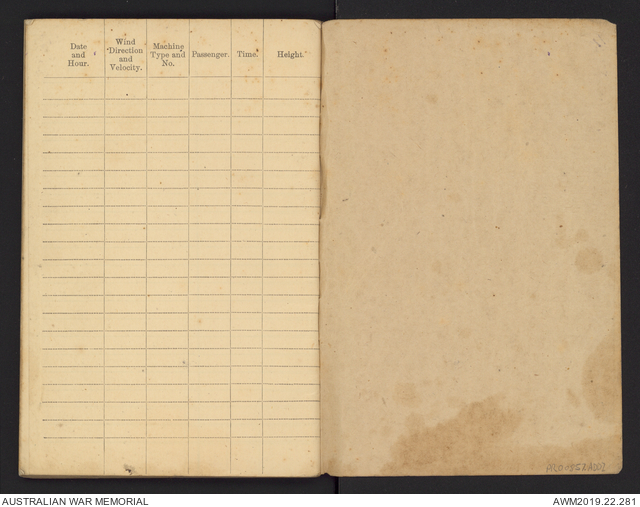 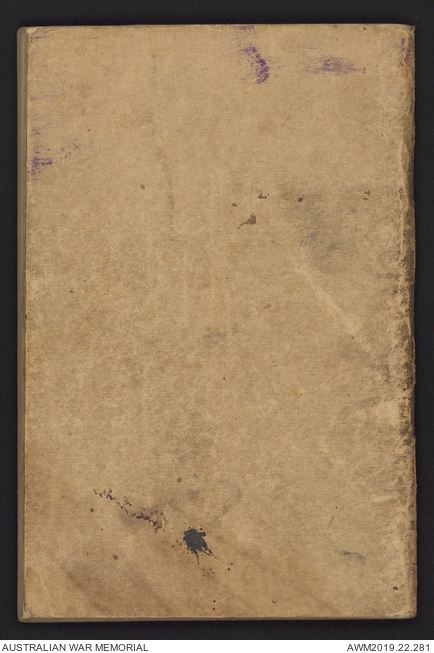 This log book records flights that Feez made between 15 September 1917 and 3 January 1918, while he was training as a pilot. It includes details such as dates and times of flights, wind conditions, types of aircraft, and heights reached. Additionally, this log book includes the reasons for flights, including Feez’ first flight, practicing turns, landings, spin, loops, gliding, formation flying, and fighting. It also notes an incident on 11 December 1917 in which Feez’ aircraft engine stopped and he crash landed in a hedge.

Feez qualified as a pilot on 10 December 1917 and later served with the 4th Squadron in France.