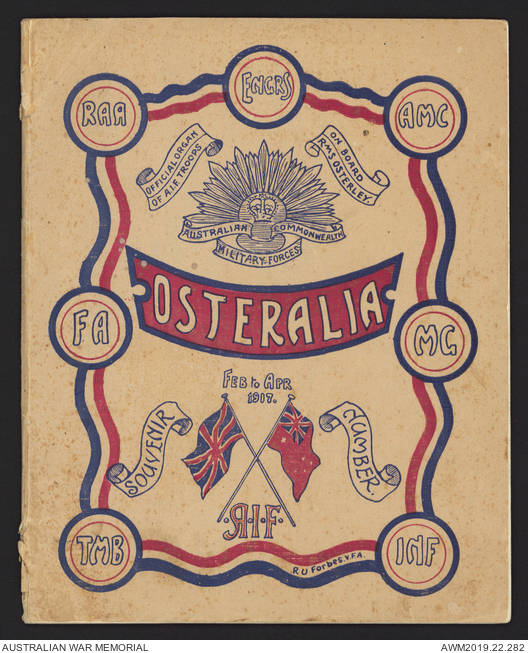 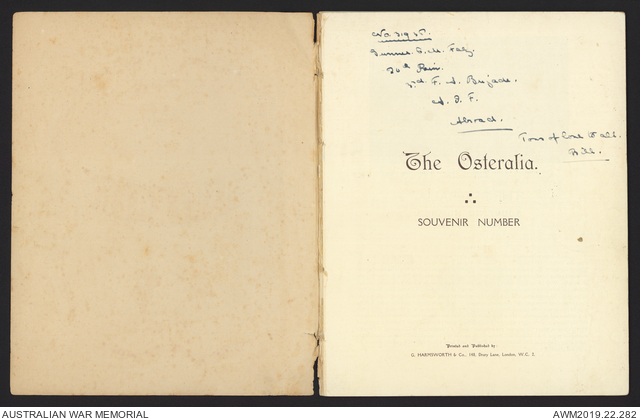 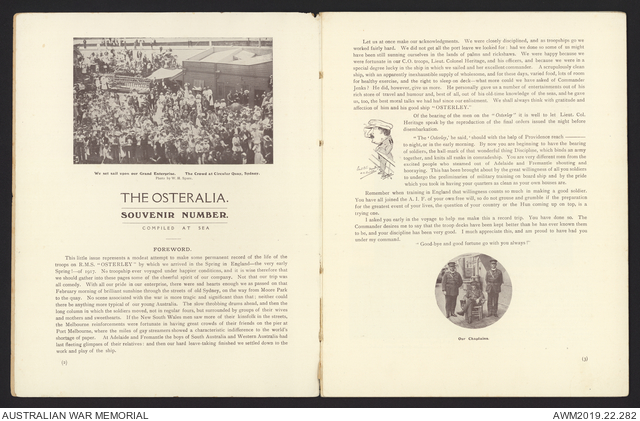 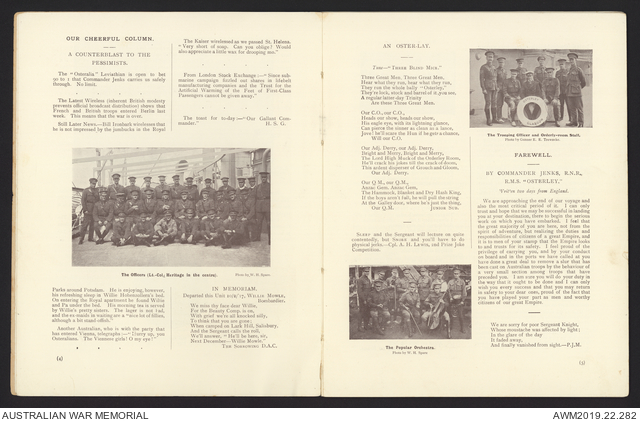 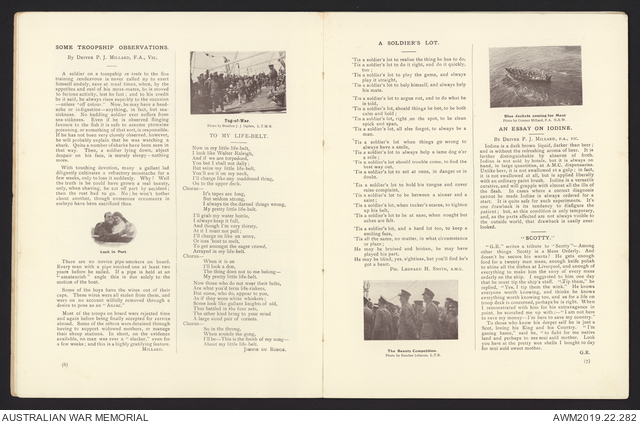 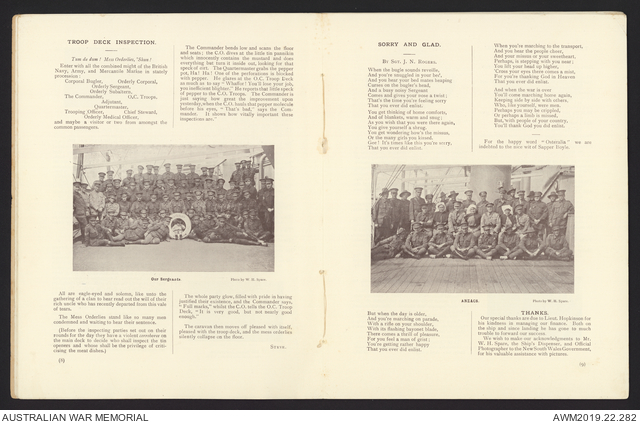 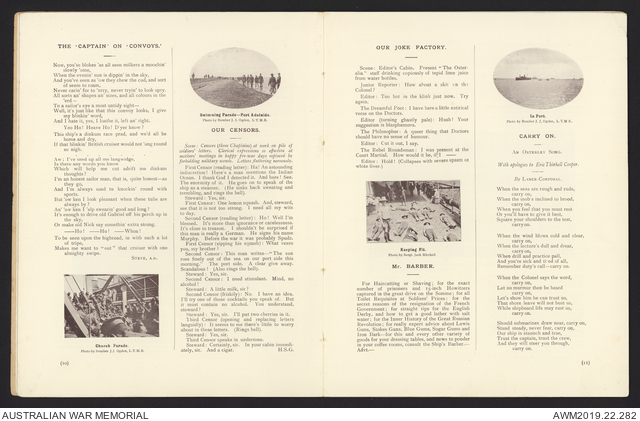 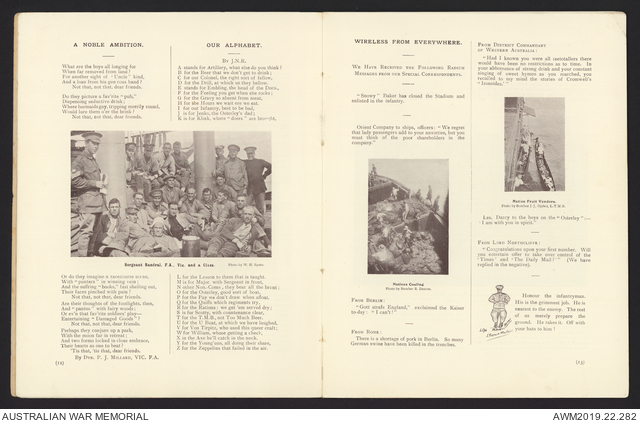 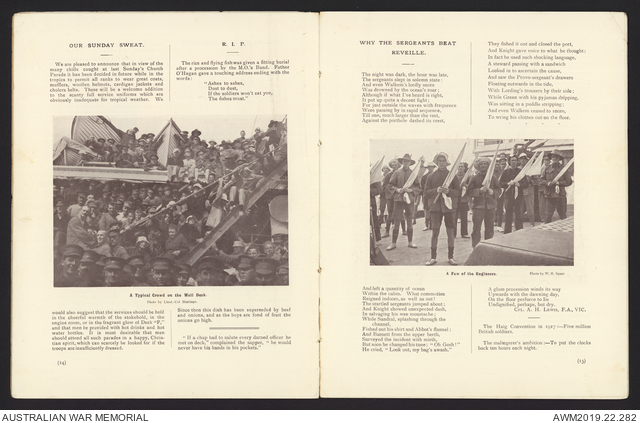 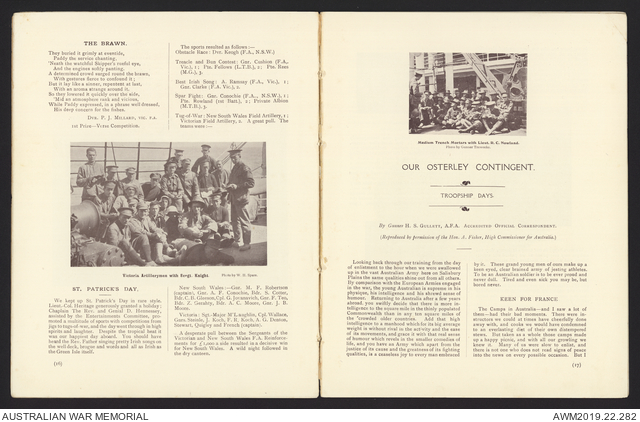 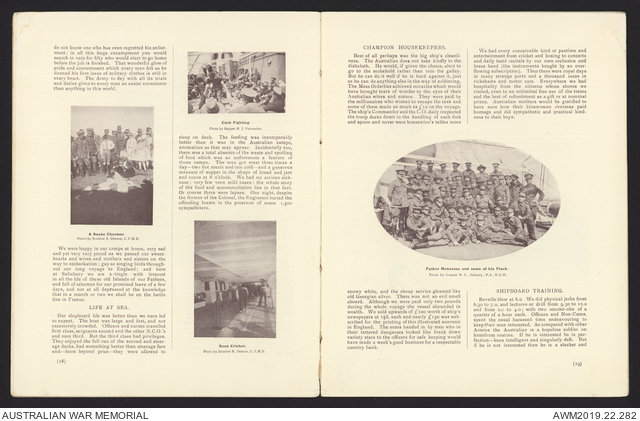 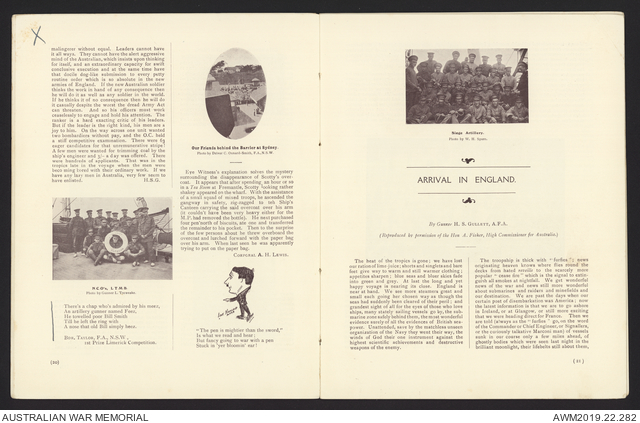 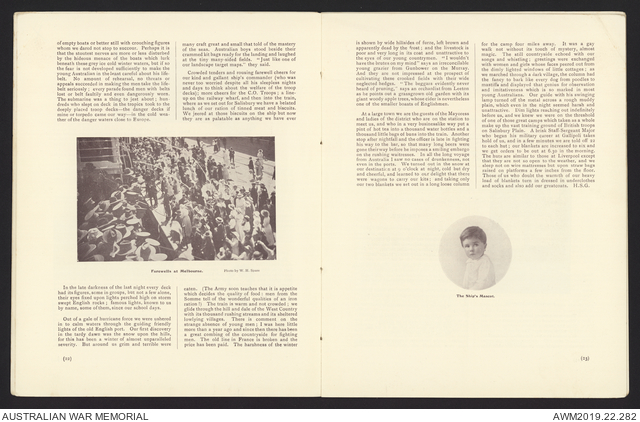 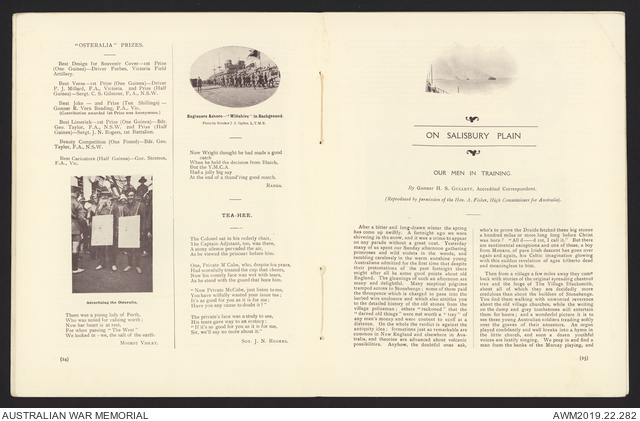 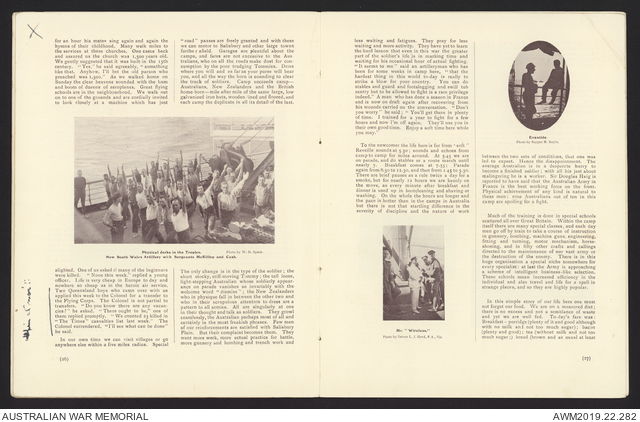 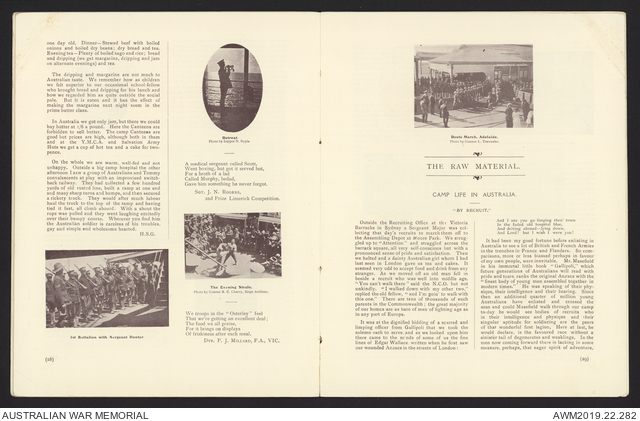 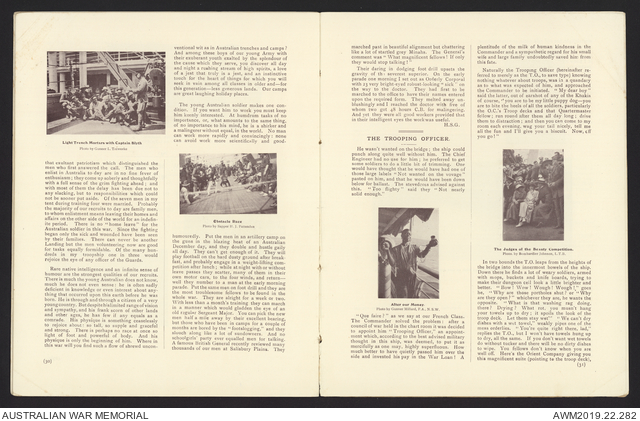 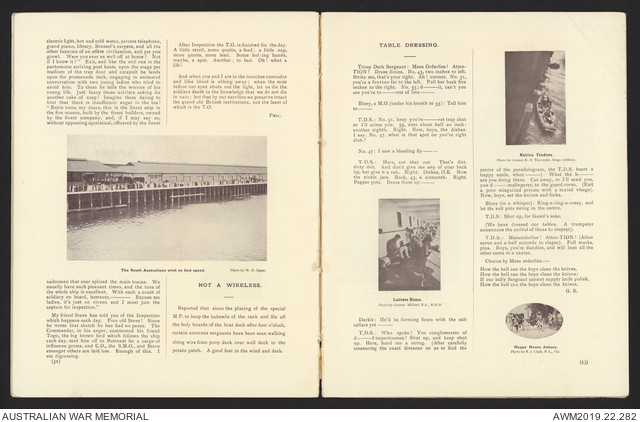 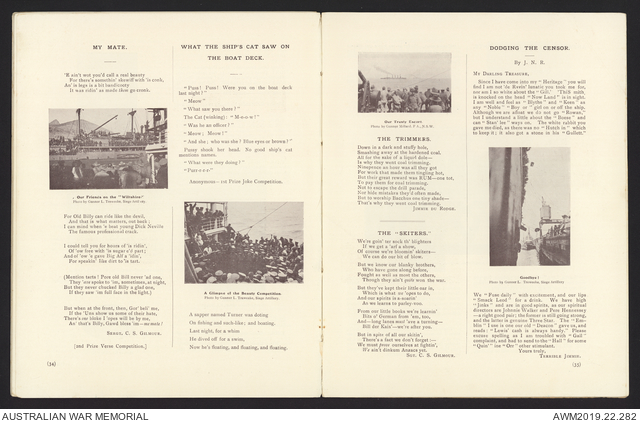 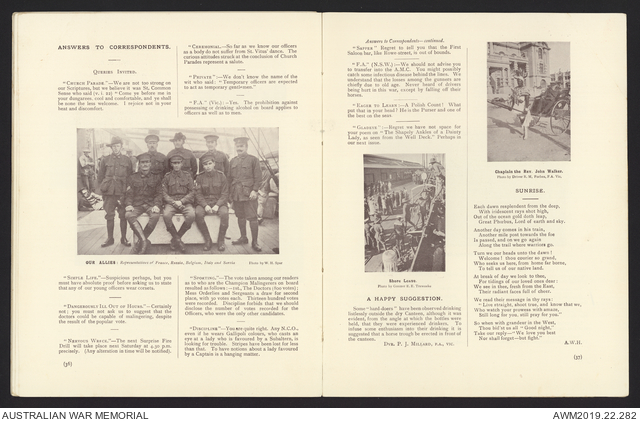 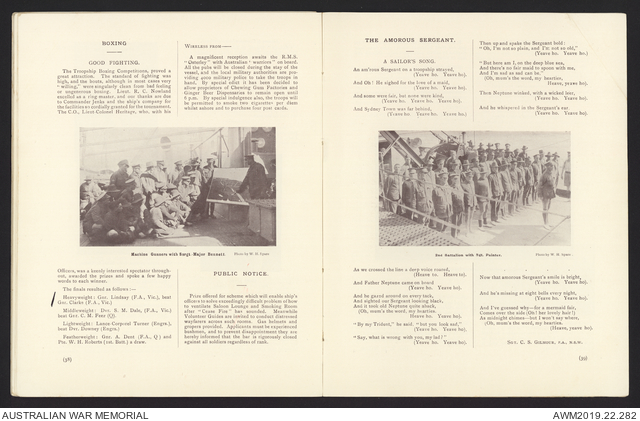 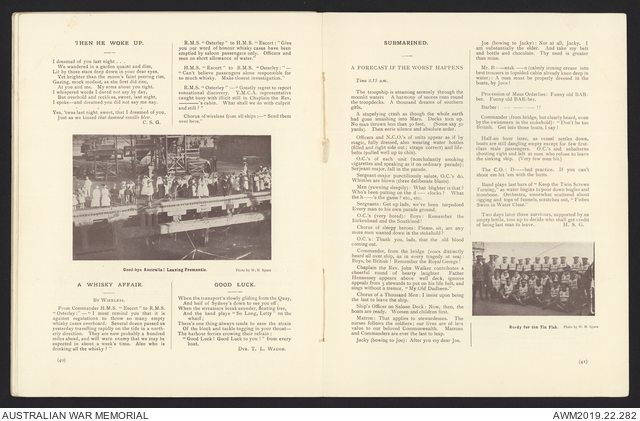 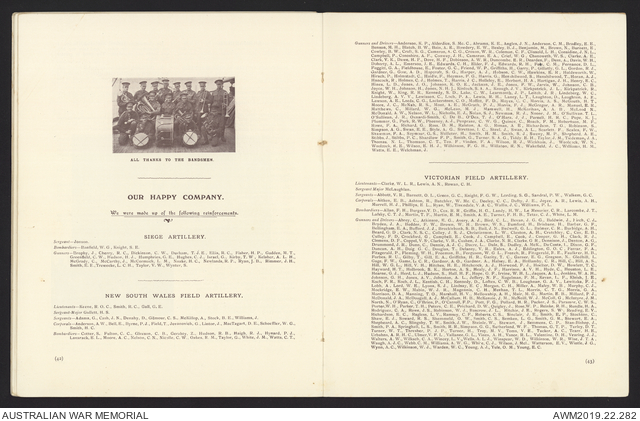 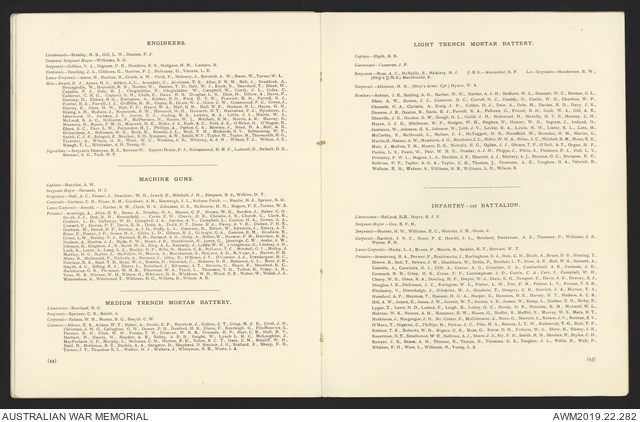 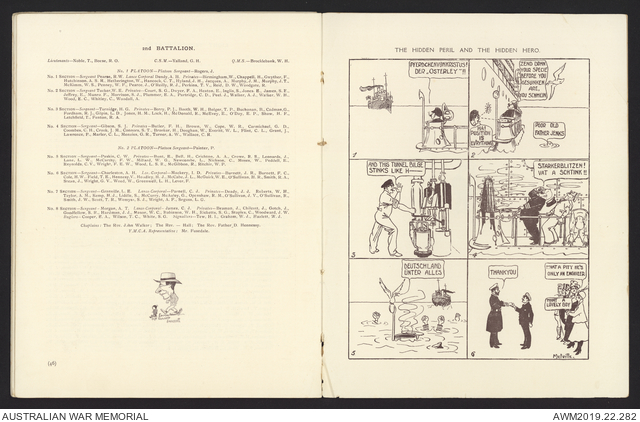 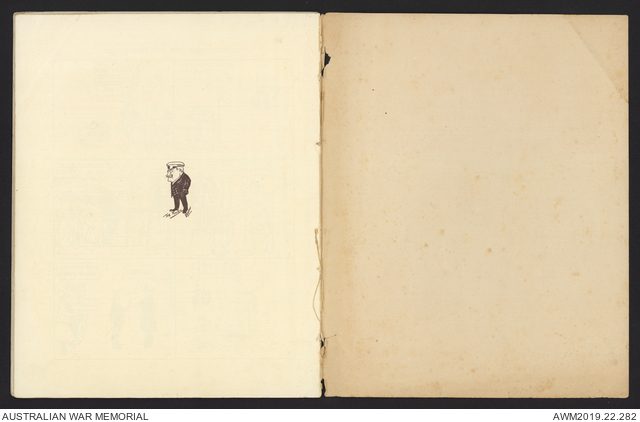 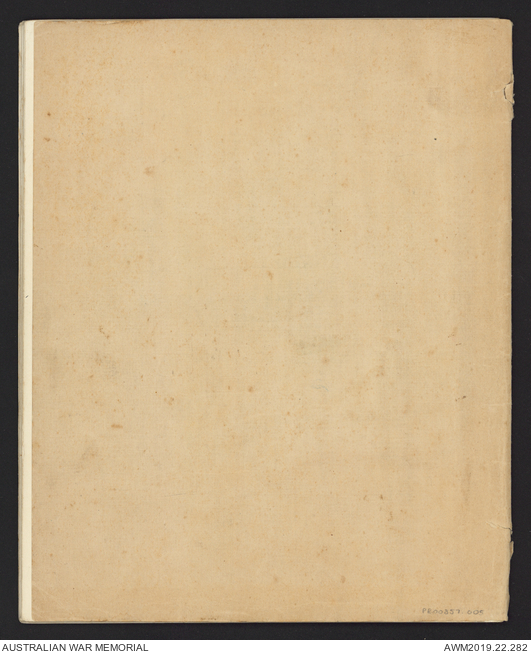 This magazine was written by troops on board the RMS Osterly during its voyage from Australia to England between February and April 1917, and was published after disembarkation and a period of training at Salisbury Plain. It contains poetry, photographs, and a nominal roll of passengers, as well as articles about the troops’ experiences. Some of these experiences include enlistment, embarkation, wearing life-belts, regular inspections and training, awaking at the sound of the reveille, eating rations, celebrating St. Patrick’s Day, taking part in various sports, disembarkation, and further training in England. Throughout the magazine, the authors write in a manner that is humorous and positive, portraying Australian soldiers as fit, happy, headstrong, and eager to contribute to the war effort.

This particular copy of the “Osteralia” magazine was owned by Gunner Cecil Molle Feez, known as “Bill”, who was one of the passengers of the RMS Osterly in early 1917. Feez is mentioned on magazine page numbers 20, 26, and 38. Initially part of the 3rd Field Artillery Brigade, Feez joined the Australian Flying Corps in July 1917 and became a pilot.