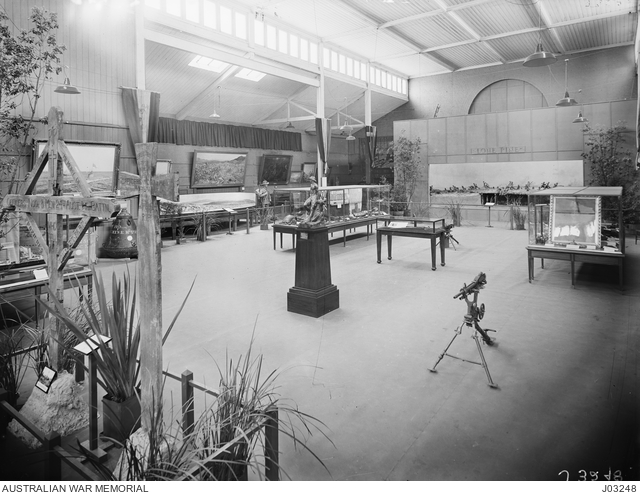 The interior of the Australian War Memorial's Melbourne exhibition, taken from near the model of the "Orvieto". The Lone Pine diorama is visible in the background. The 'Australian War Museum' opened on ANZAC Day 1922 in the Exhibition Building, Melbourne. This exhibition of war relics was enthusiastically received by press and public and attracted large crowds. The exhibition closed in 1925 and was moved to Sydney, where it remained until 1935. This image is of a later Melbourne exhibition of war relics, photographs, paintings and models that opened in Melbourne in October 1927, and closed in April 1928.