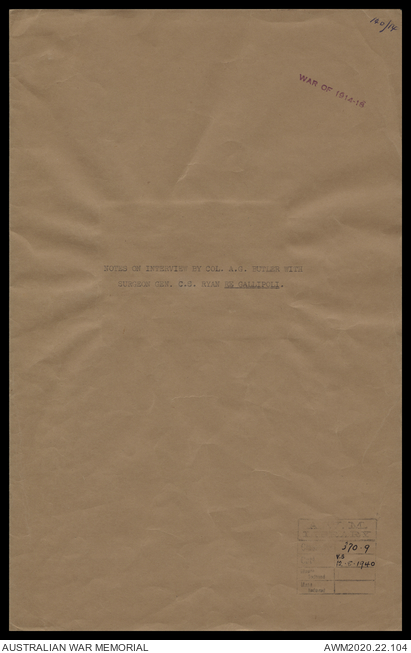 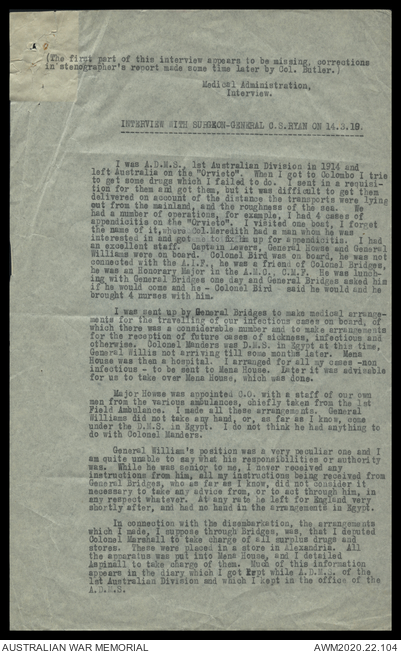 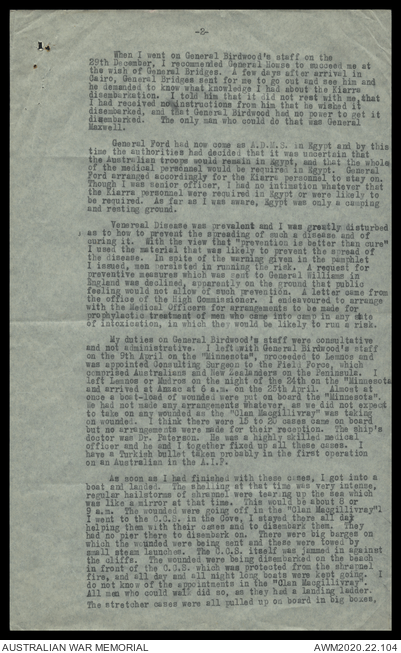 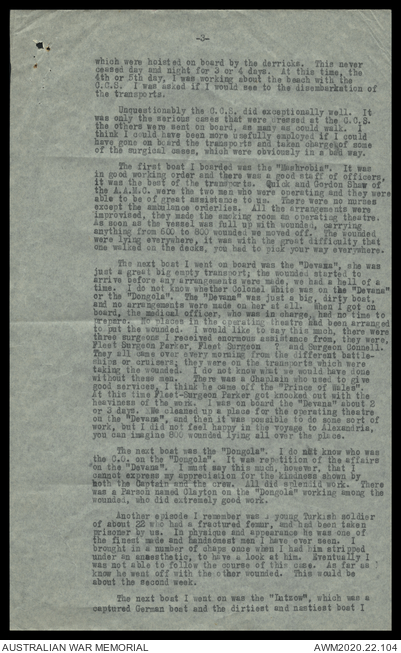 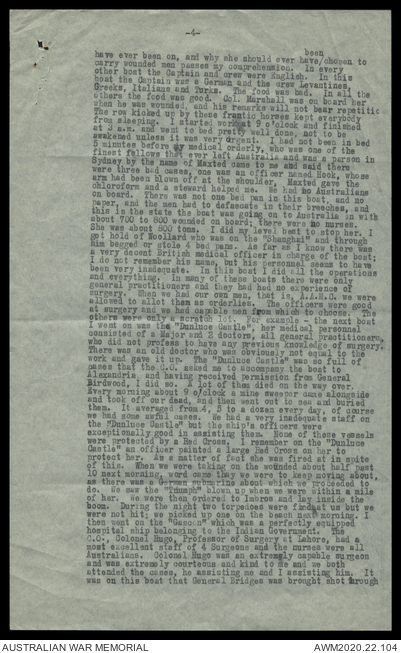 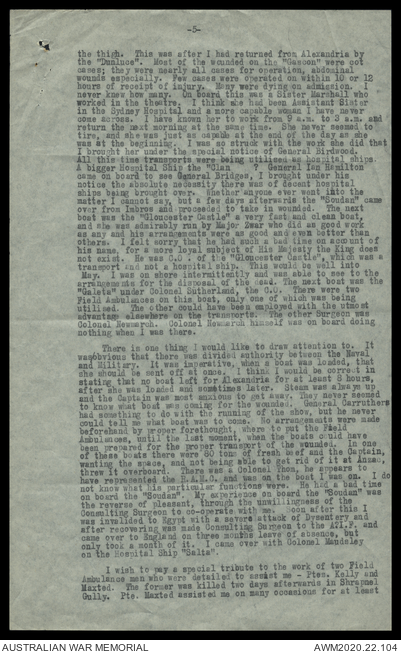 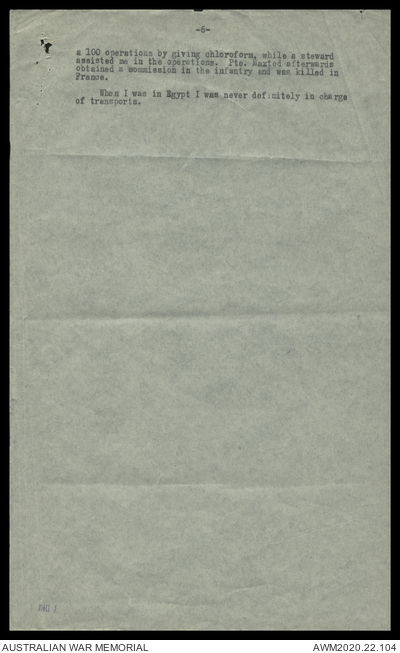 Wallet 1 of 1 – Interview with Assistant-Director of Medical Services Charles Snodgrass Ryan, relating to his World War One service with the Australian Army Medical Corps in Alexandria and at Gallipoli, carried out in March 1919.

The folder consists of a transcript of a narrative interview of Ryan by Arthur Graham Butler.

The interview includes Ryan’s journey to Egypt on the HMAT Orvieto, including a stop at Columbo and four cases of appendicitis, the levels of venereal disease in Egypt and the reluctance of General William Daniel Campbell Williams to provide preventative measures. Included are descriptions of the Gallipoli Peninsula on the 25th of April and working at a casualty clearing station (CCS) on the Peninsula. Also draws attention to the division of authority between the Navy and Military [Army] and logistical planning.