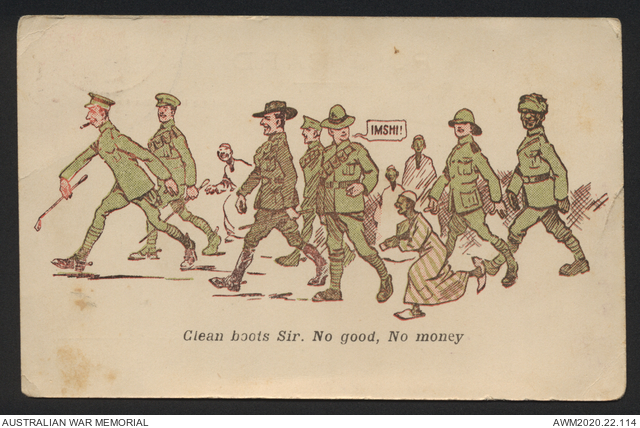 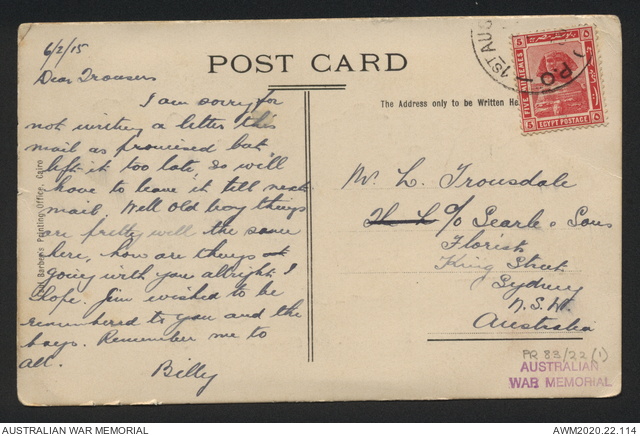 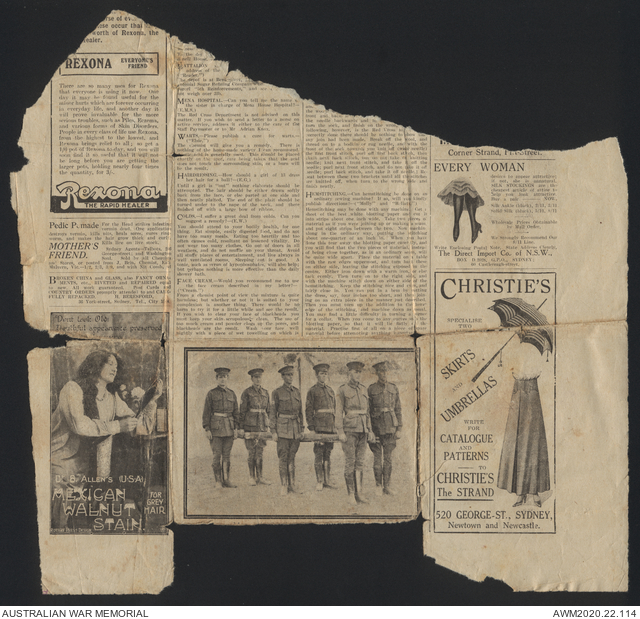 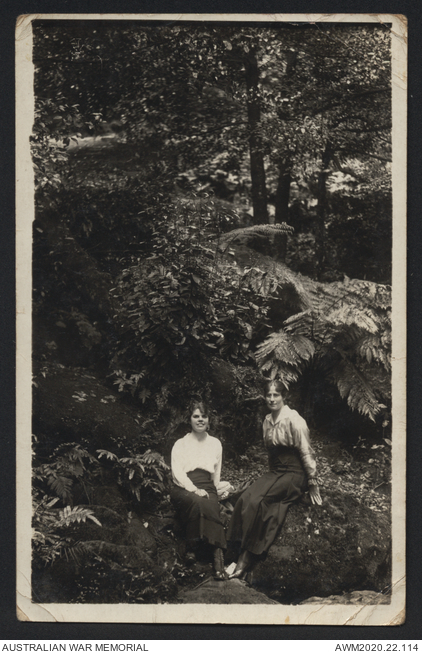 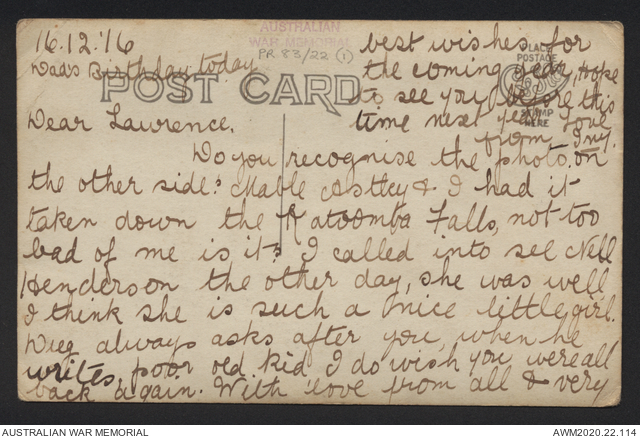 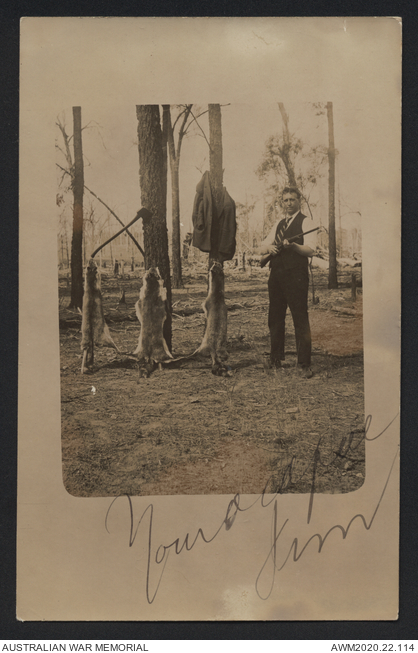 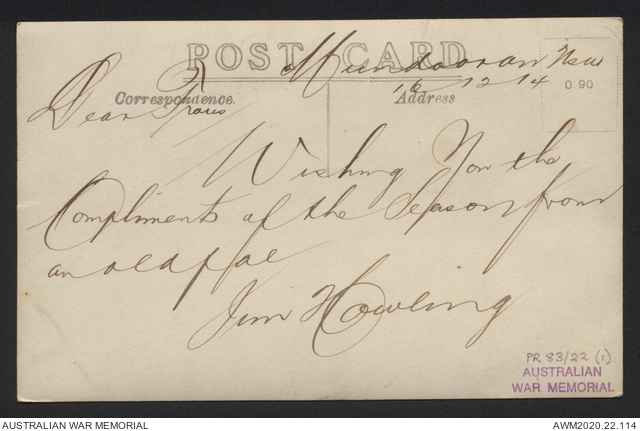 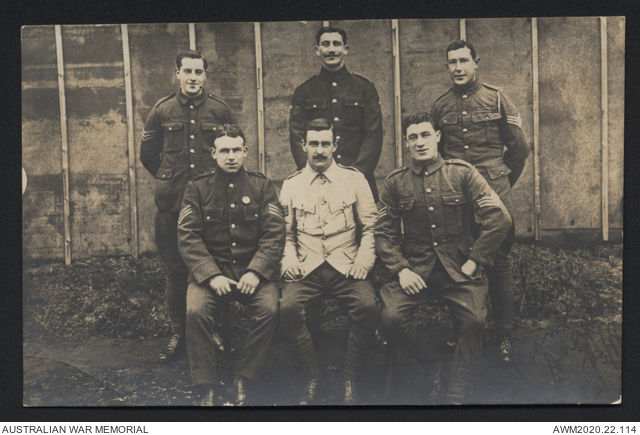 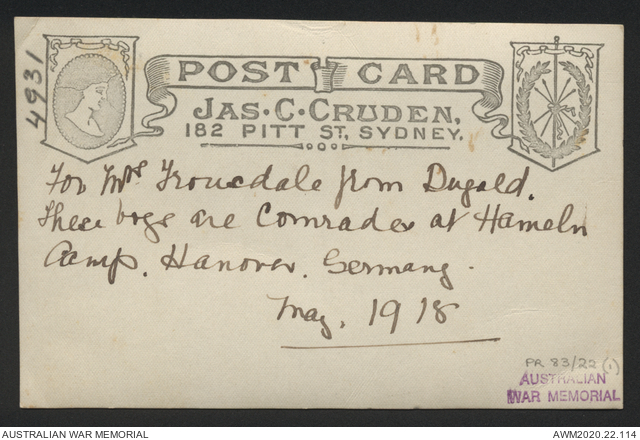 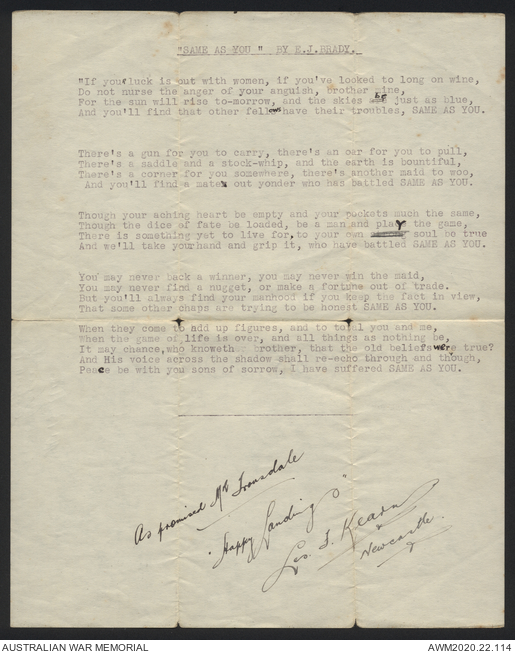 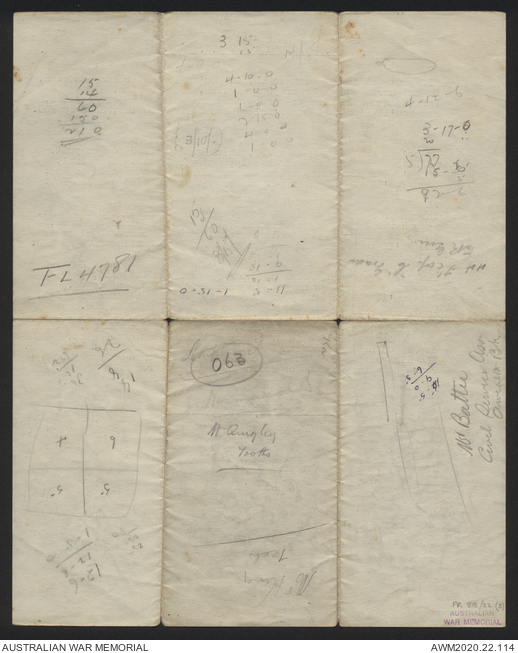 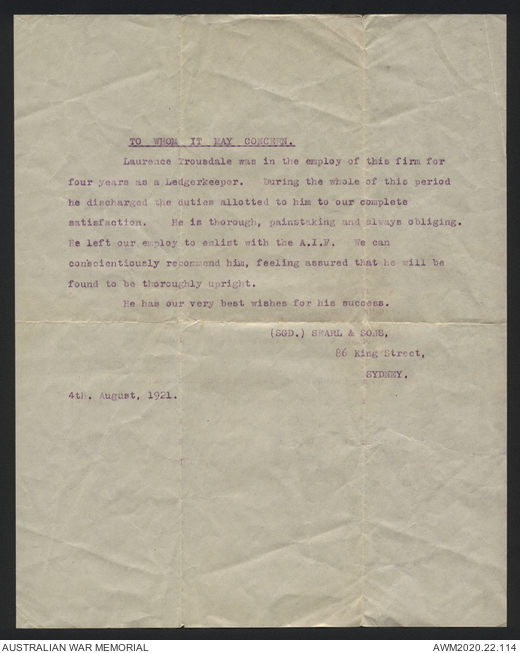 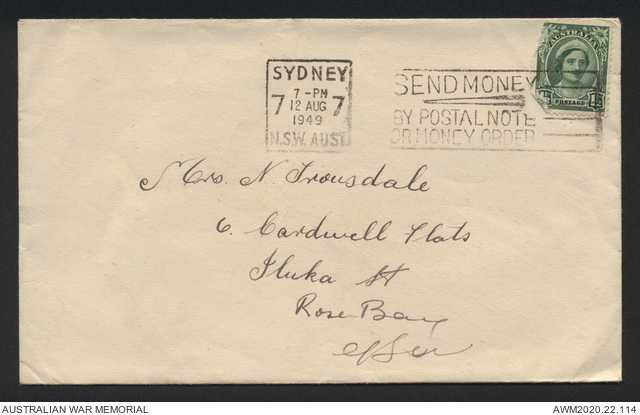 Wallet 1 of 1 – Collection consists of consists of a several postcards, letters, and other papers sent to Corporal Trousdale, including a post-war recommendation from his pre-war employers at Searl & Sons. One postcard depicts six men in uniform, dated May 1918. The caption states that they are 'Comrades' at Hameln Camp, Hannover, Germany. A newspaper clipping in this collection contains a photograph of six men in uniform holding a stretcher. This may me members of the 8th Australian Field Ambulance, and may include Corporal Trousdale.

The collection also includes a typed copy of the poem 'Same as you', by EJ Brady. There are handwritten amendments on the letter, and notes on the reverse. The poem was sent by Les J Kearn, Newcastle.