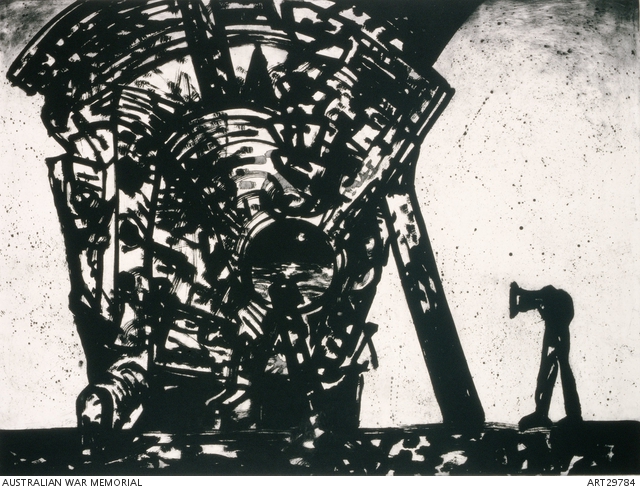 Depicts the silhouette of a cameraman on the right filming a contorted mass made up of a city, buildings, and various machinery parts. Senbergs' work comments not only on the encroachment of machines on human values and the landscape, but 'the devastation of the environment and the dehumanisation of mankind during the war'. At the same time, the work comments on the voyeuristic role of the television reporter during the First Gulf War in 1991.