All the news that's fit to know 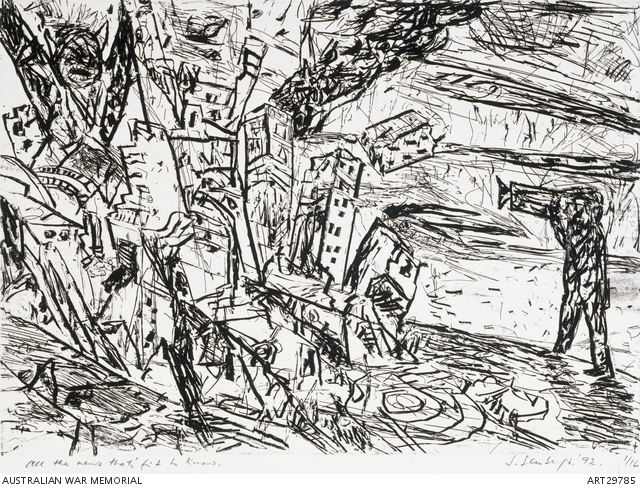 Depicts a silhouette of a cameraman on the right recording chaotic images of war such as destroyed buildings, debris, fires and the figure of a screaming mutant person with upraised arms. This work is one a series Senbergs completed that 'extended his peacetime concern at the way machines encroach on human values and the landscape', as well as comment on his concerns regarding the way the First Gulf War was reported on television, and how we as viewers stand by and watch the human suffering and devastation.