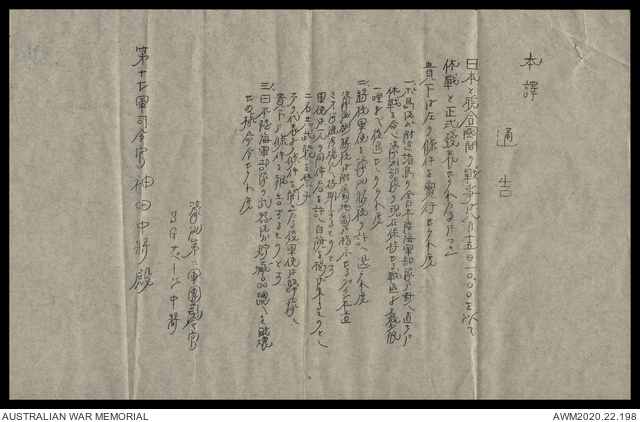 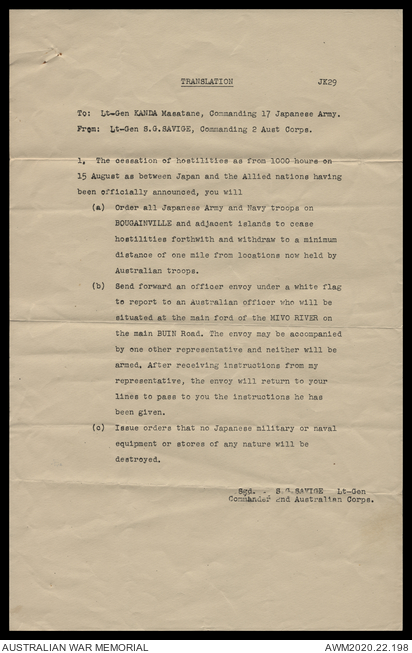 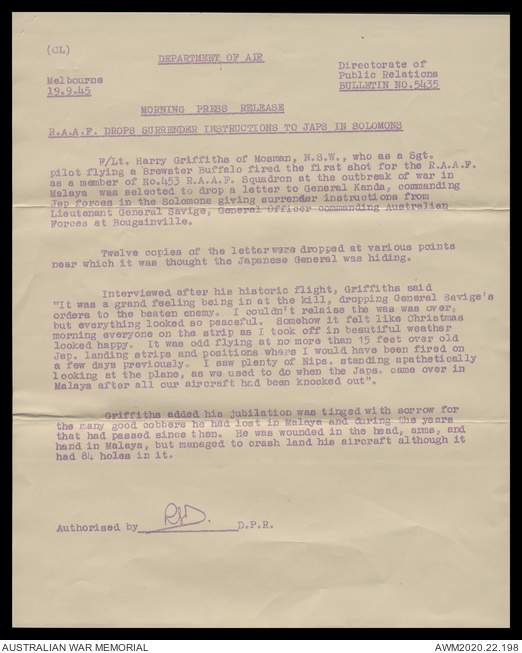 Wallet 1 of 1 - Collection contains surrender instructions in Japanese issued by Lieutenant General Stanley George Savige, Officer Commanding Australian Forces at Bougainville, to Lieutenant General Masatane Kanda, Officer Commanding Imperial Japanese Forces in the Solomon Islands, an English translation of the document and a related Department of Air press release. The latter briefly details how twelve copies of the surrender instructions were air-dropped at various locations, and includes excerpts from an interview with the pilot selected for the historic flight, 402348 Flight Sergeant Harry [Harold Hastings] Griffiths, who fired the first shot for the Royal Australian Air Force as a member of No. 453 Squadron at the outbreak of the war in Malaya.