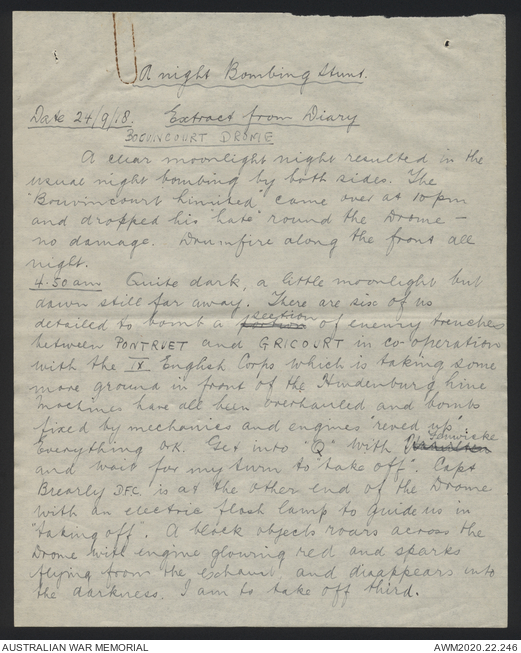 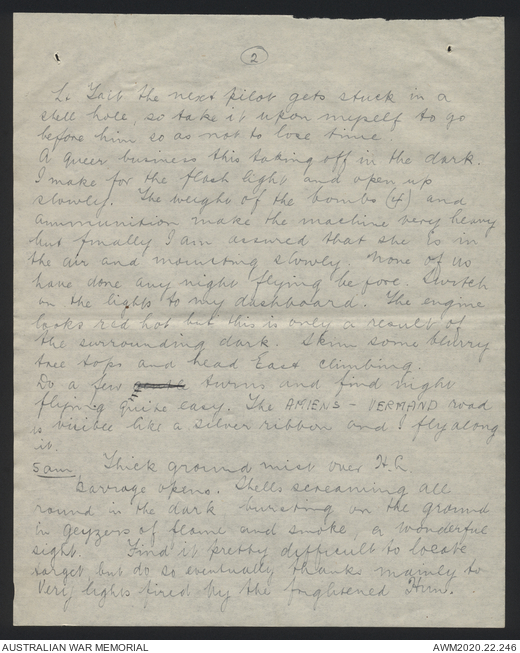 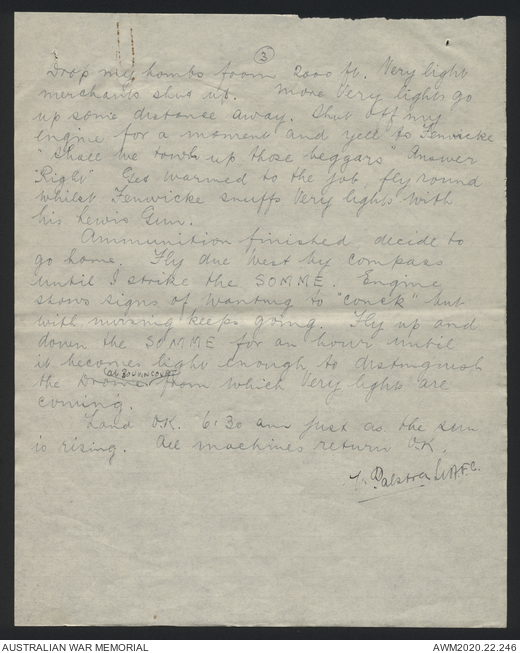 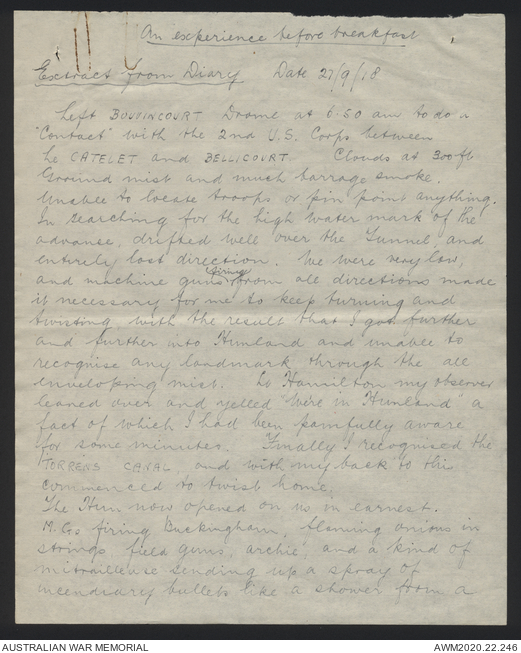 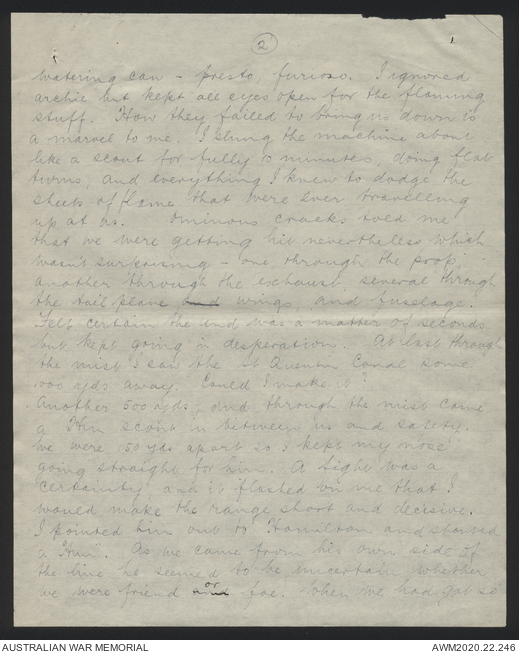 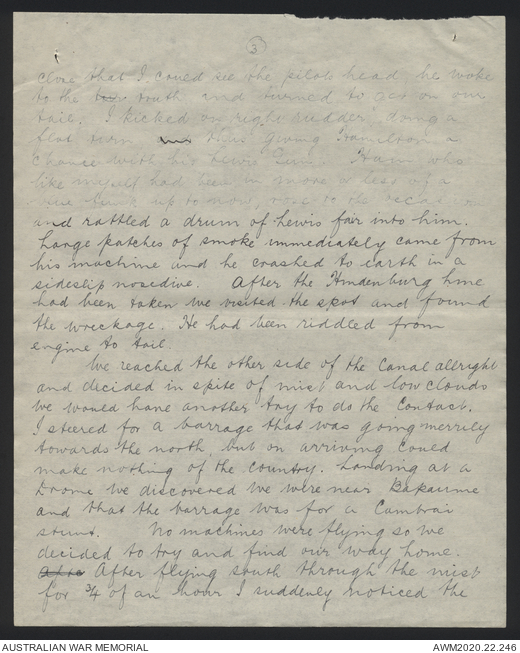 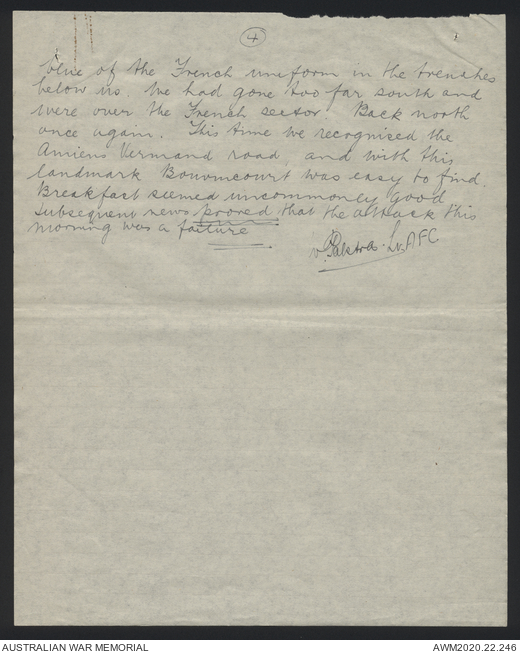 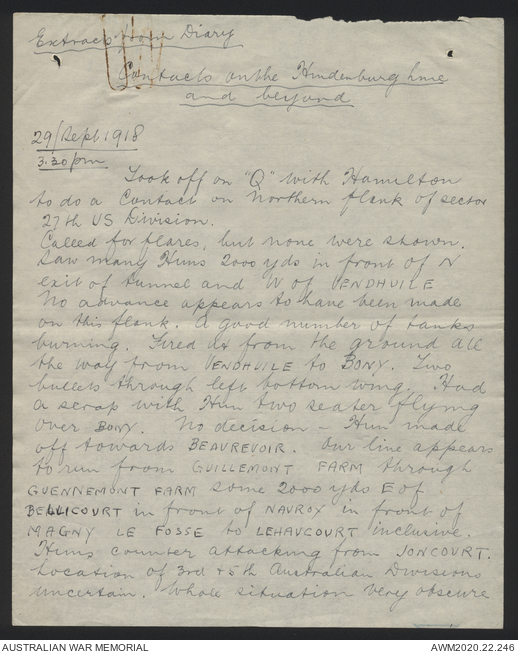 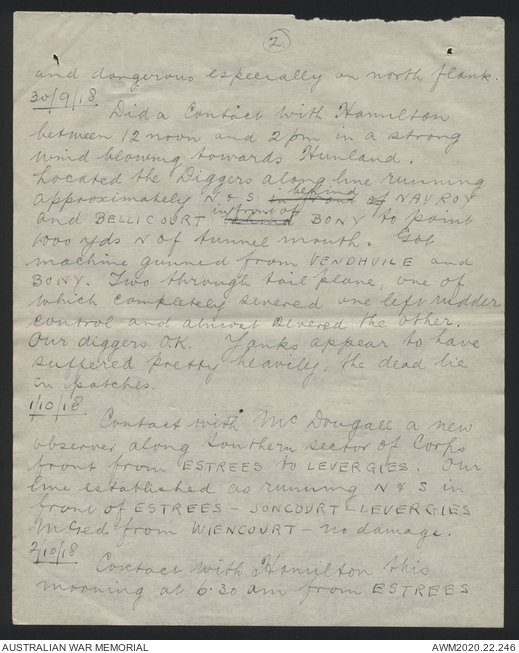 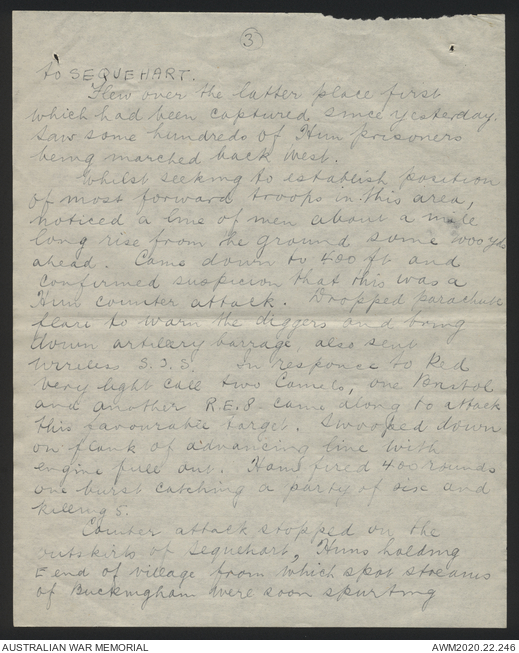 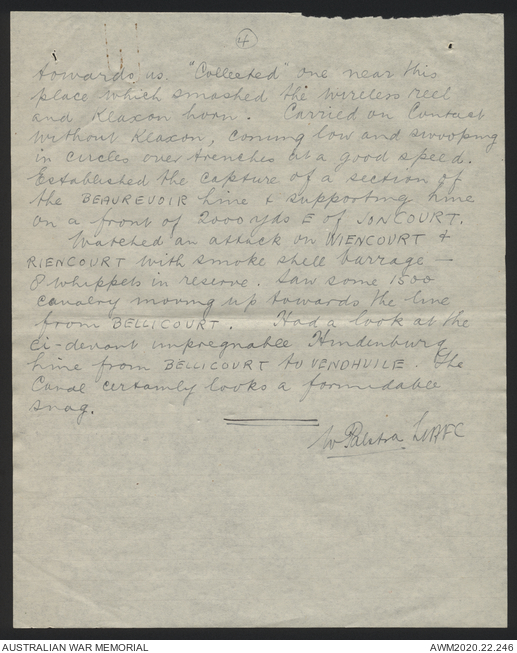 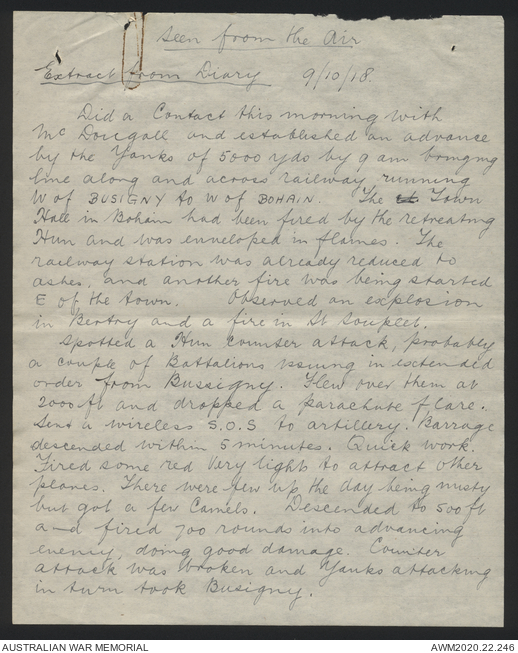 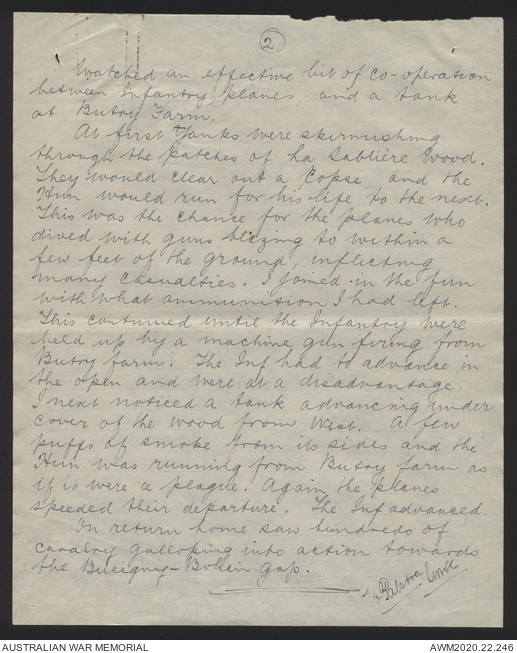 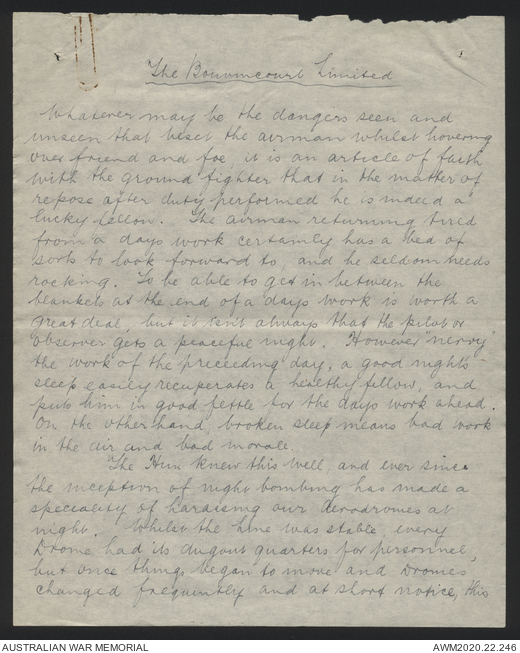 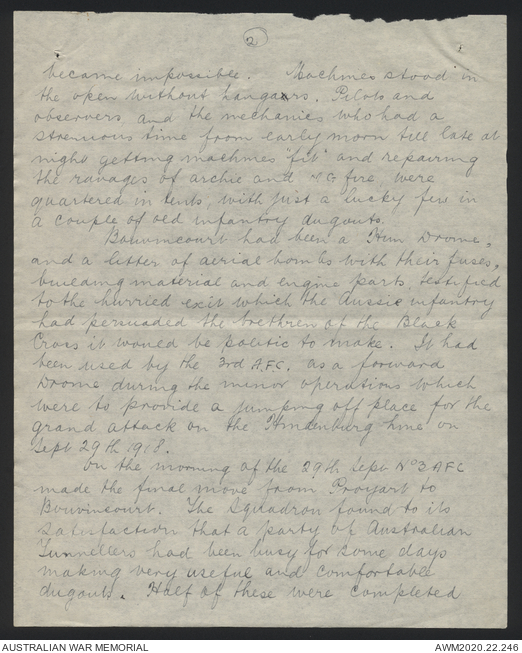 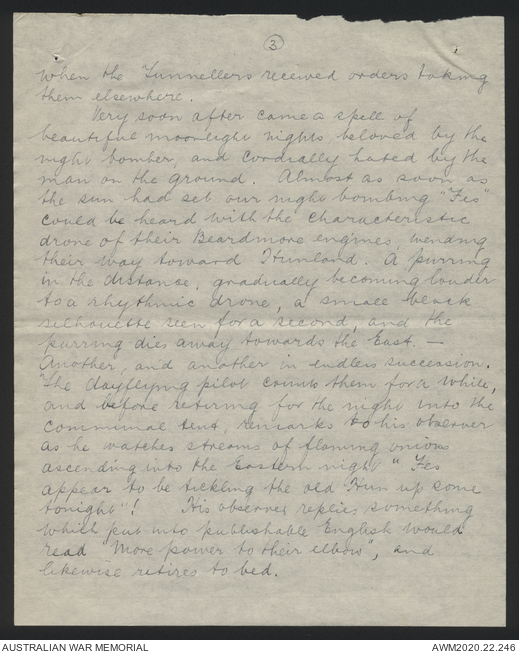 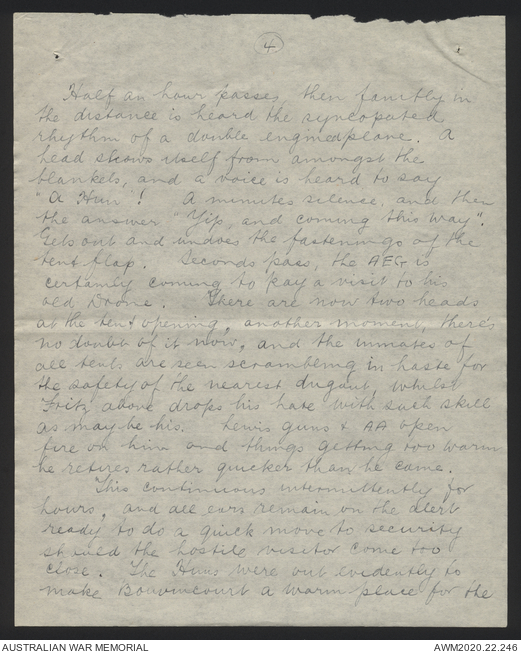 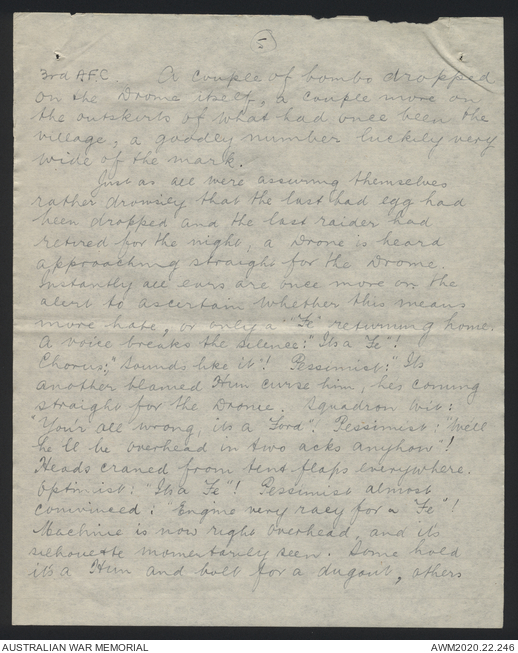 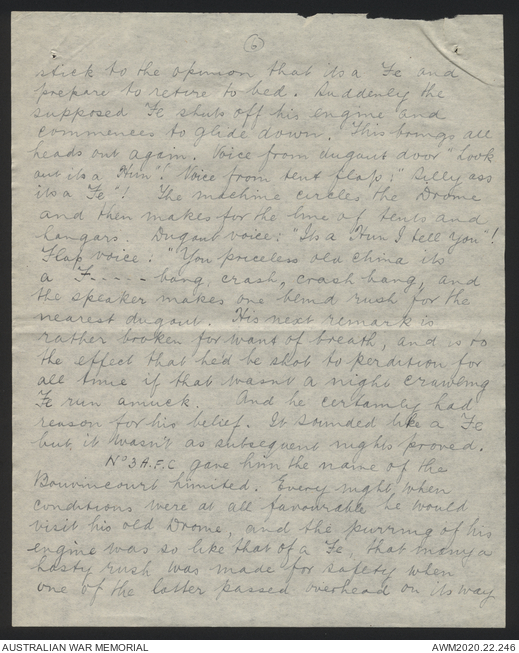 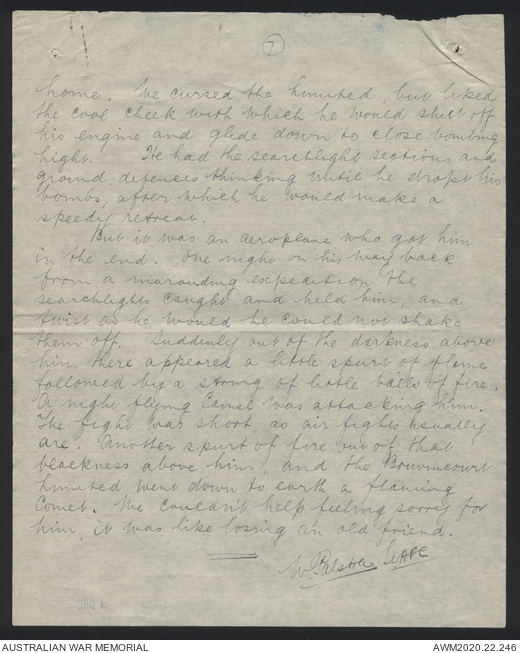 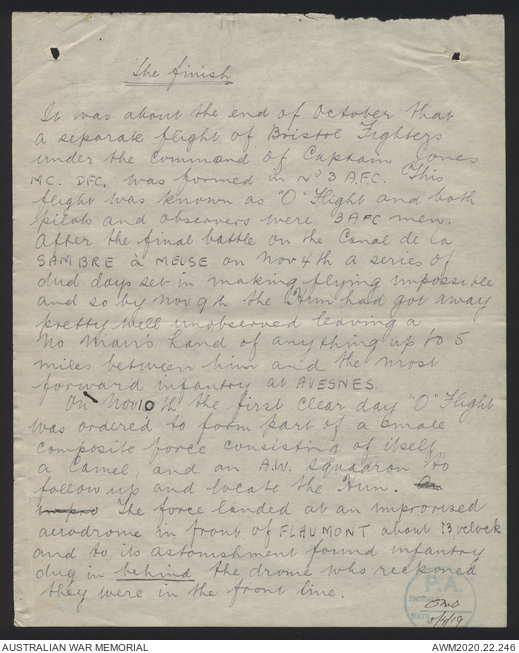 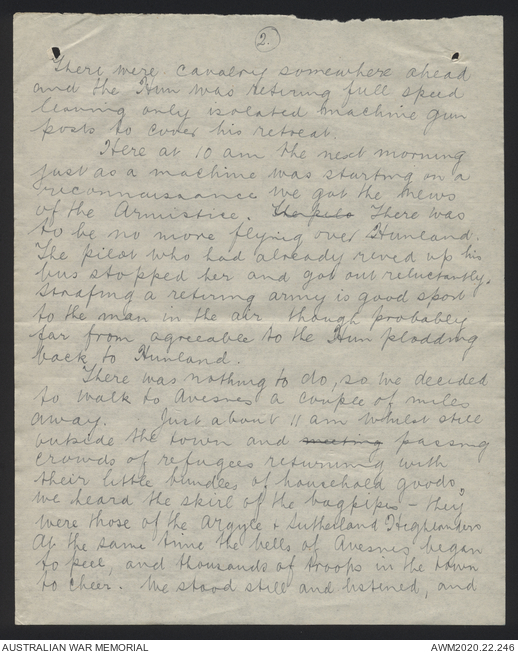 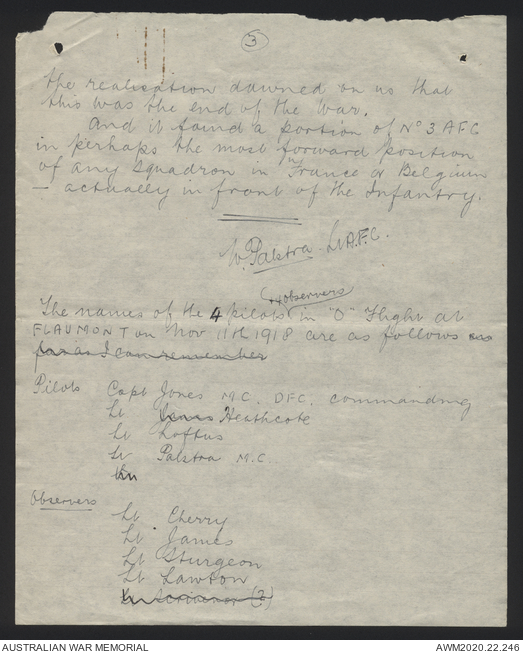 Wallet 1 of 1 - Contains four extracts from the diary of Palstra covering the period 24 September to 9 October 1918, and two undated accounts by Palstra written c. November 1918. The diary extracts and accounts feature detailed narrative-like recollections of his flying experiences with No. 3 Squadron whilst based at Bouvincourt aerodrome during the last two months of the war. He covers behind the scenes activities at Bouvincourt aerodrome and flying operations along the Hindenburg Line including his involvement in reconnaissance flights, night bombing operations and the Battle of St. Quentin Canal. Subjects described include air battles, strafing enemy targets, evading machine gun fire, sustaining damage to his aeroplane, disrupting German counter attacks and coordinating with Allied forces. Palstra's last account titled "The Finish", outlines flying operations during November up to the Armistice on 11 November 1918. He describes receiving news of the Armistice whilst preparing for a flight at Flaumont aerodrome, the grounding of No. 3 Squadron, walking to Avesnes several miles away and passing refugees along the way before entering the town amidst the sound of bagpipes and bells and thousands of celebrating troops.

The location of original diary and photographs referenced on an archival note in the collection are unknown.