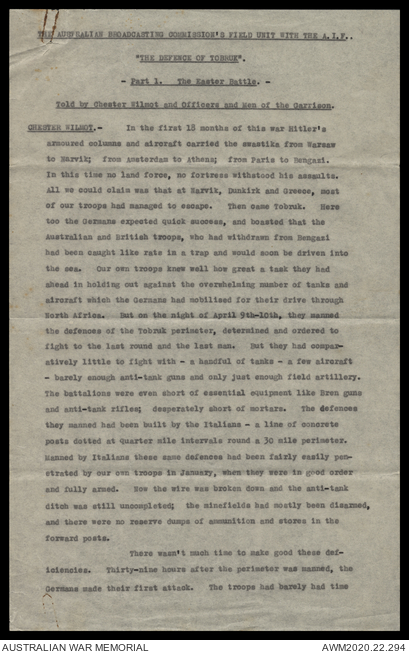 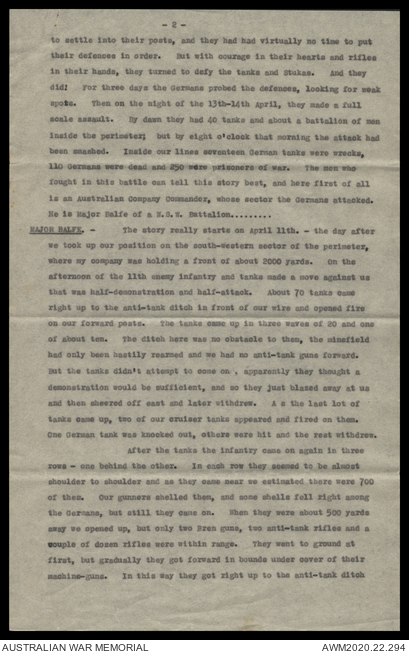 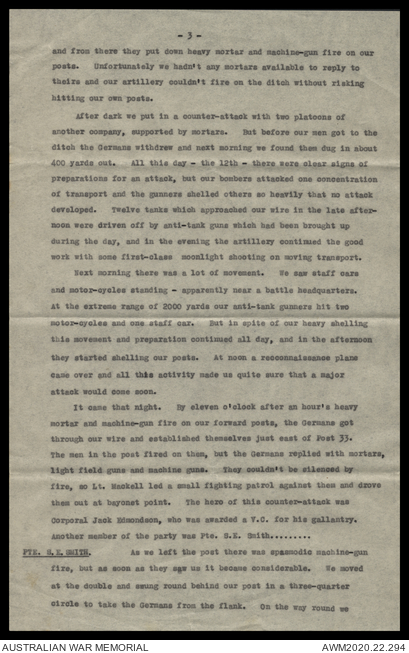 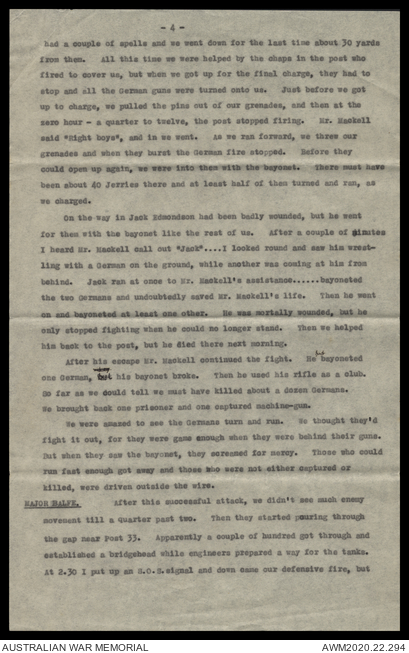 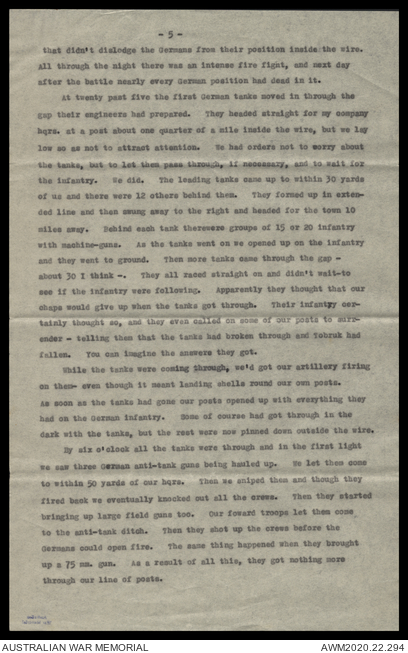 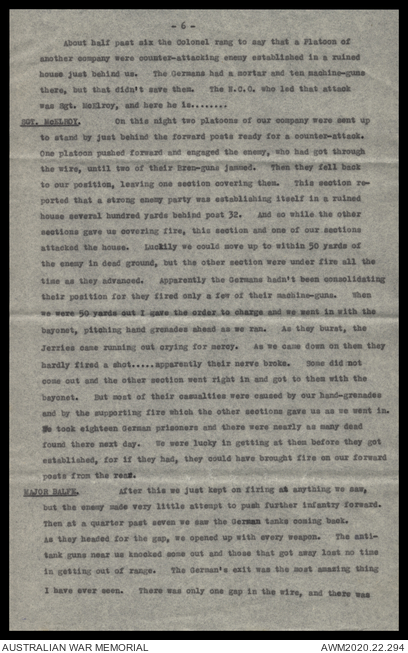 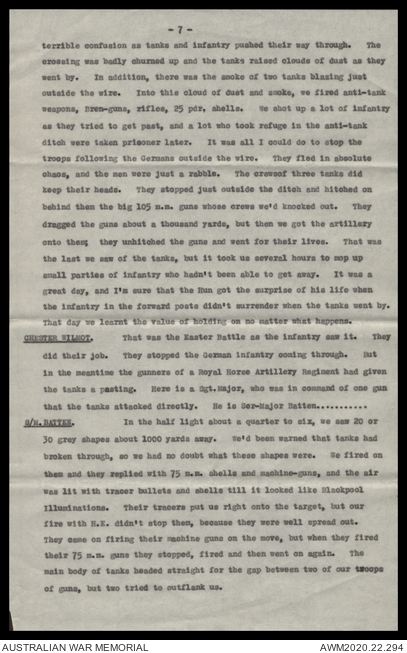 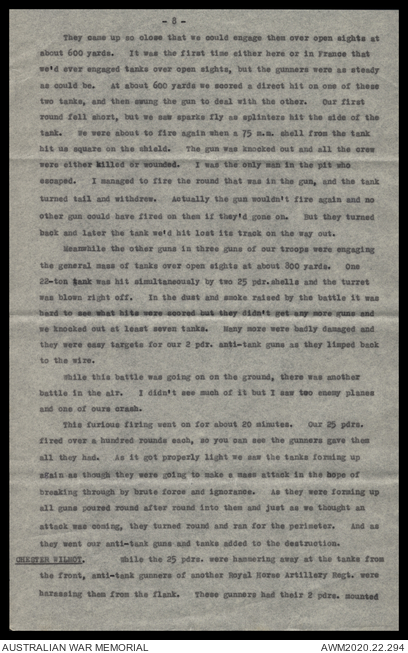 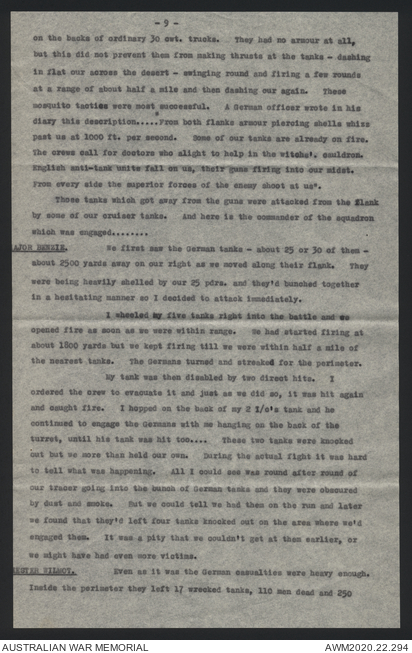 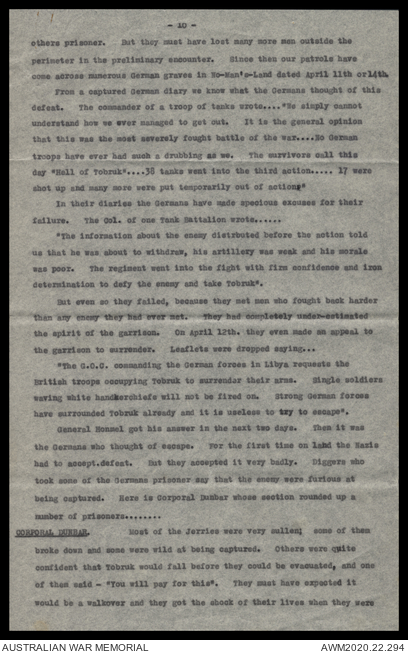 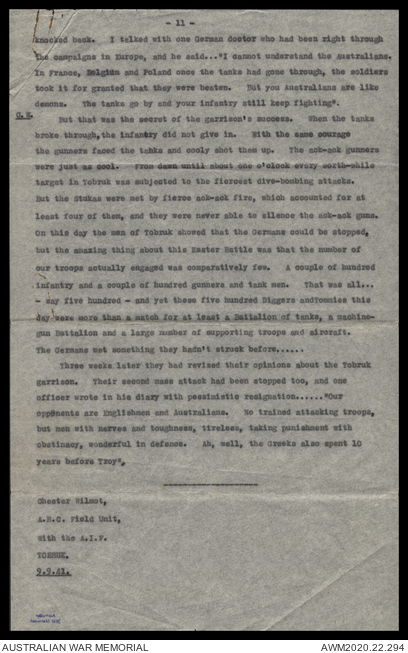 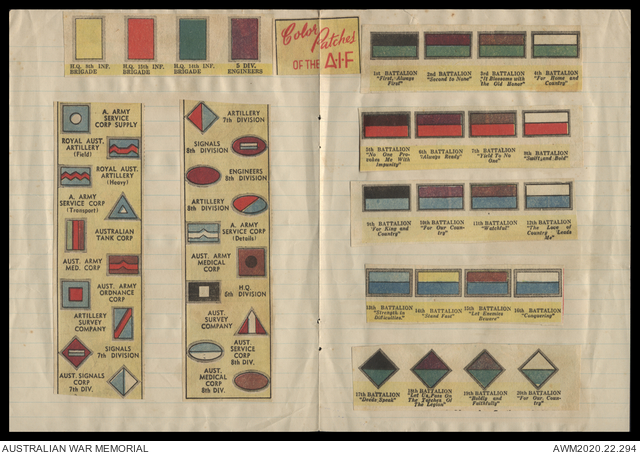 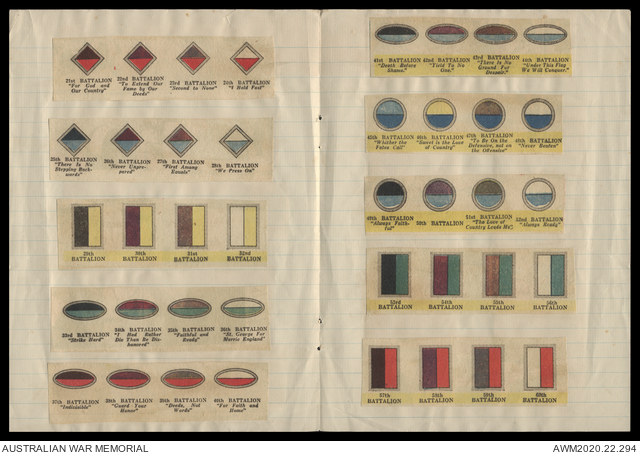 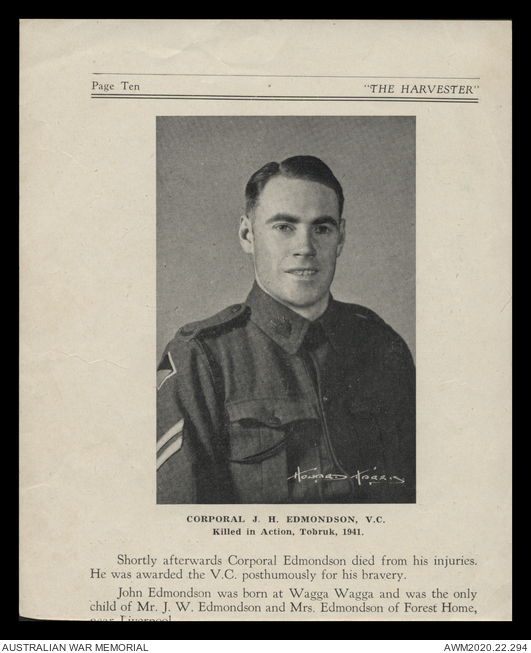 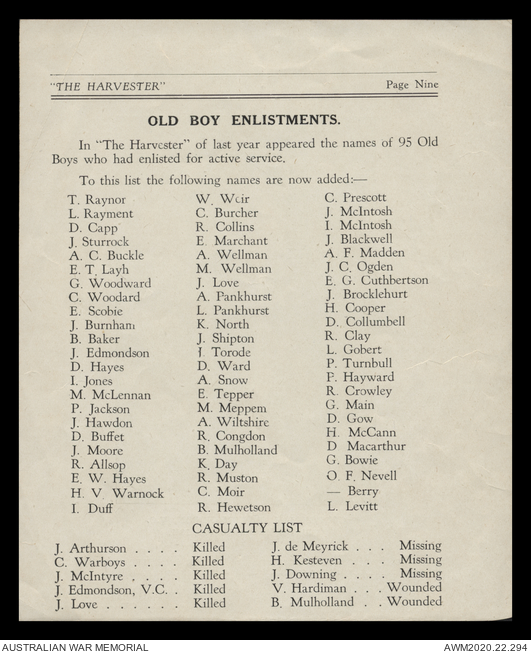 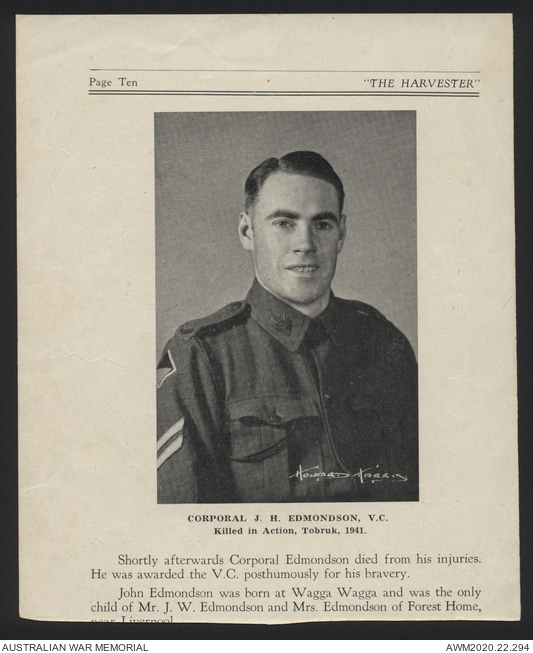 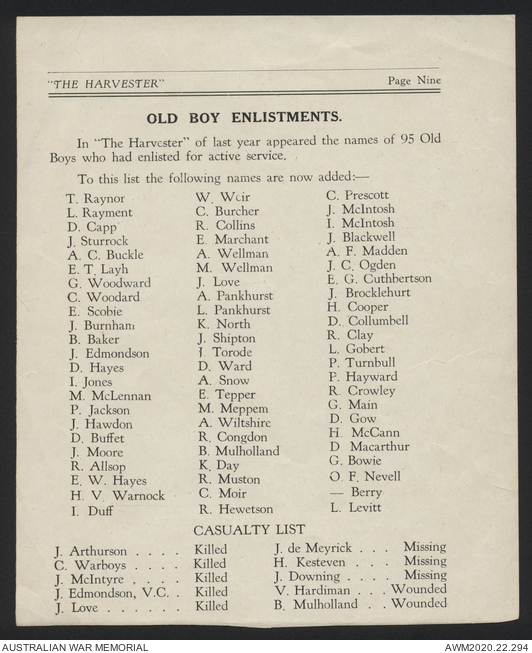 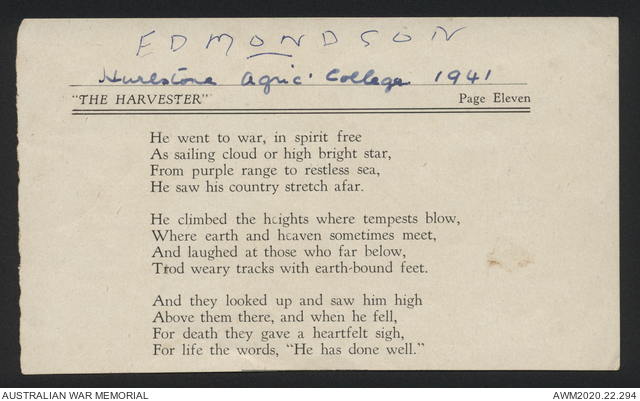 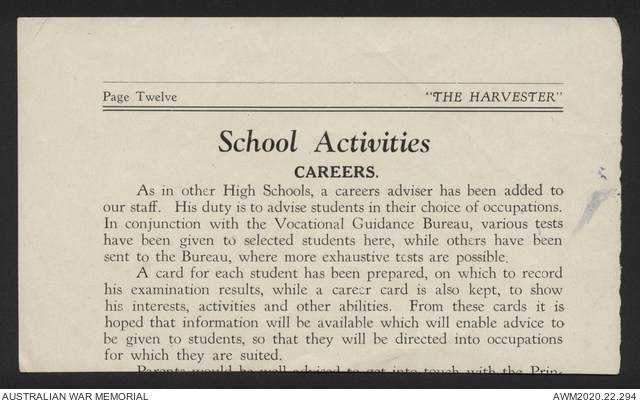 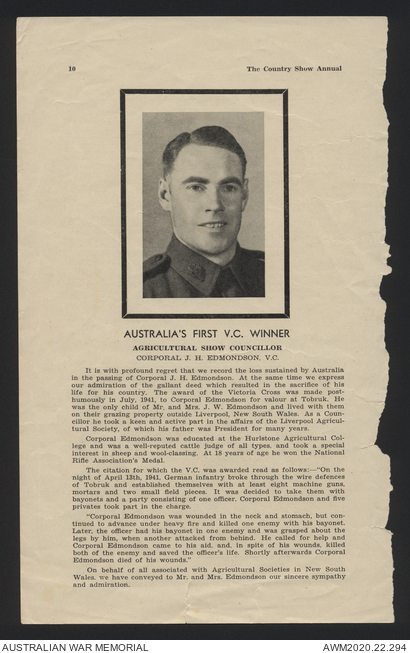 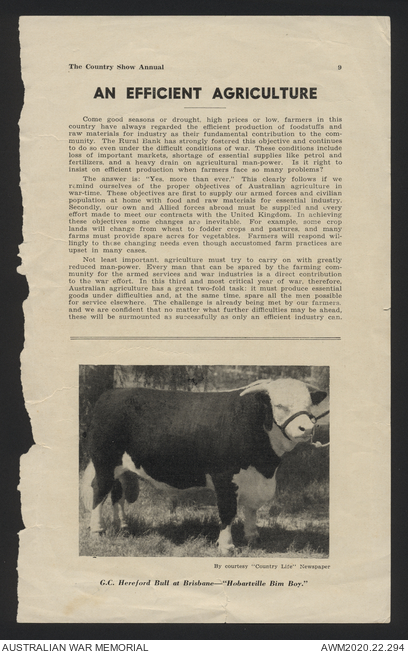 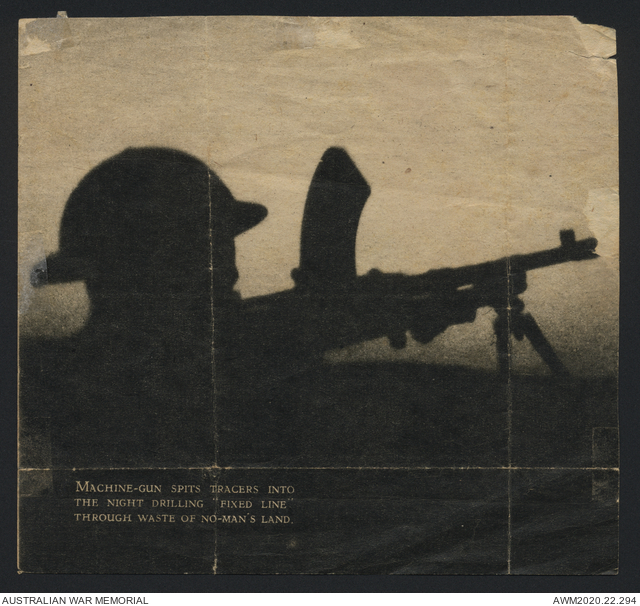 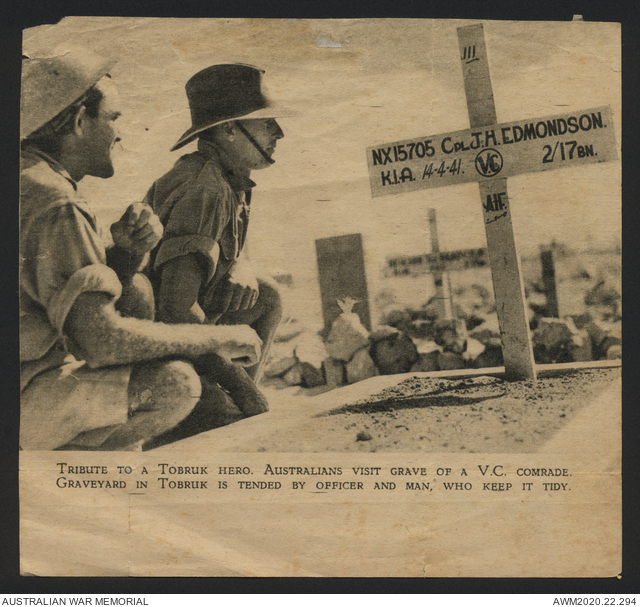 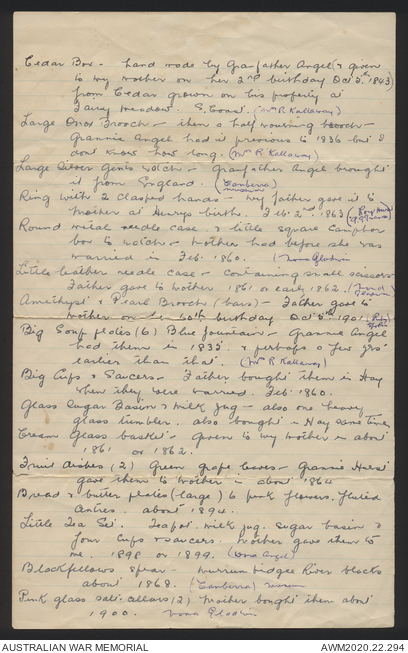 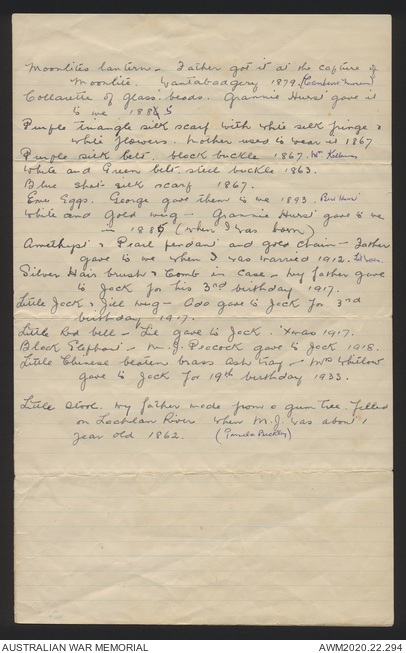 Folder 3 of 4 contains a 15-page transcript produced by the Australian Broadcasting Comission's Field Unit with the AIF. The transcript is entitled, "The Defence of Tobruk: Part 1 - The Easter Battle [as] told by Chester Wilmot and Officers and Men of the Garrison" and was broadcast on 9 September 1941 at Tobruk. Collection also contains other miscellaneous items belonging to and collected by Corporal John Hurst "Jack" Edmondson’s mother, Maude Elizabeth Edmondson from the 1940s, including a guide for colour patches of the Australian Imperial Forces, various magazine cuttings relating to Corporal Edmondson from The Harvester Magazine and The Country Show Annual, and an undated list of items or Hurst family heirlooms.