Folder 4 of 4 - The happy warrior: poems by Patrick Hore-Ruthven with inscription belonging to Maude Elizabeth Edmondson, 1943 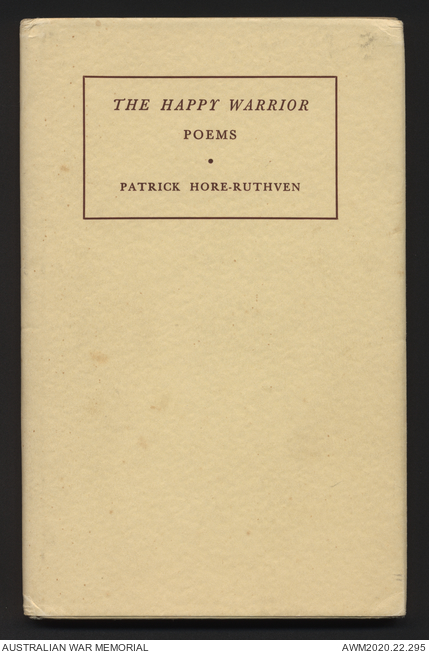 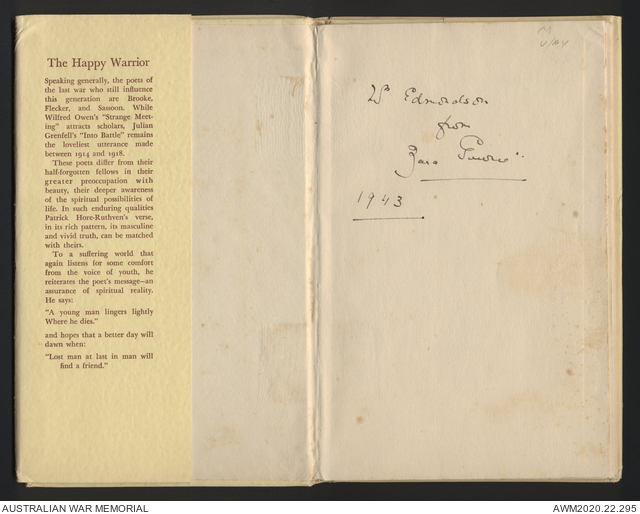 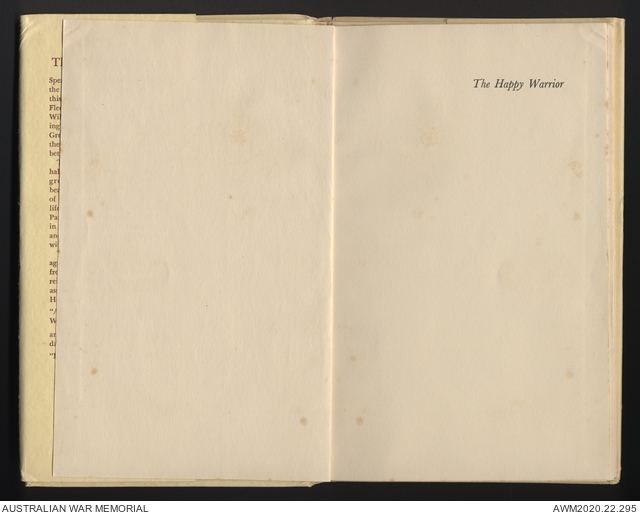 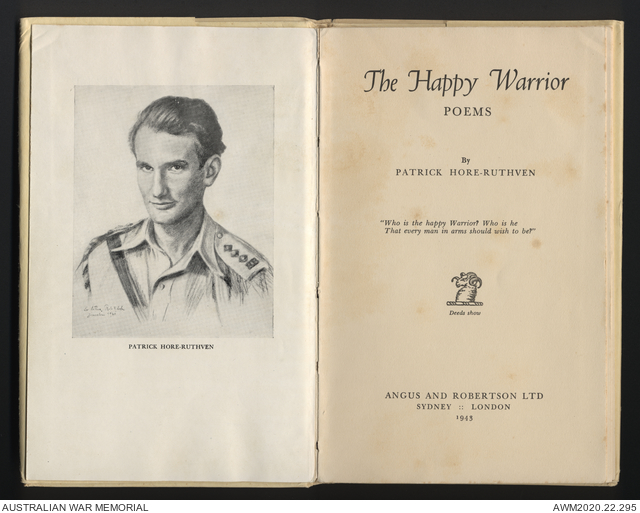 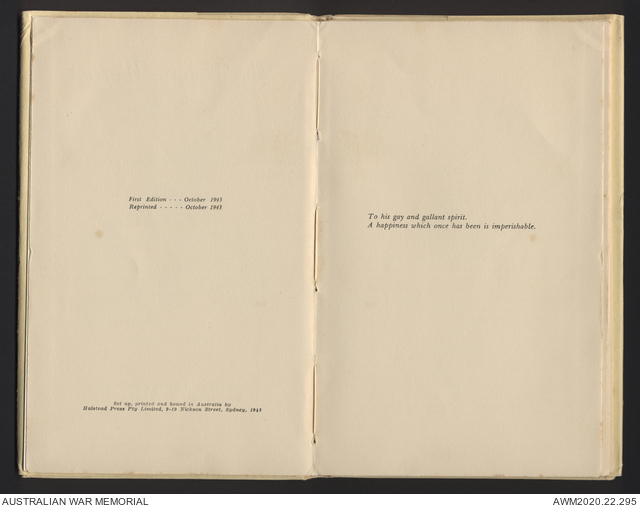 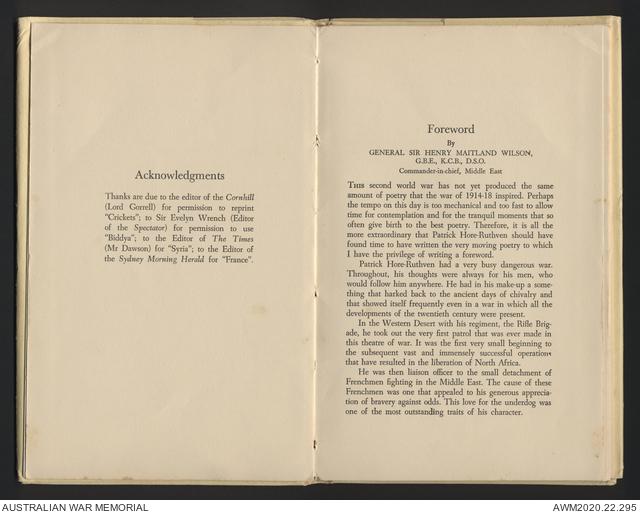 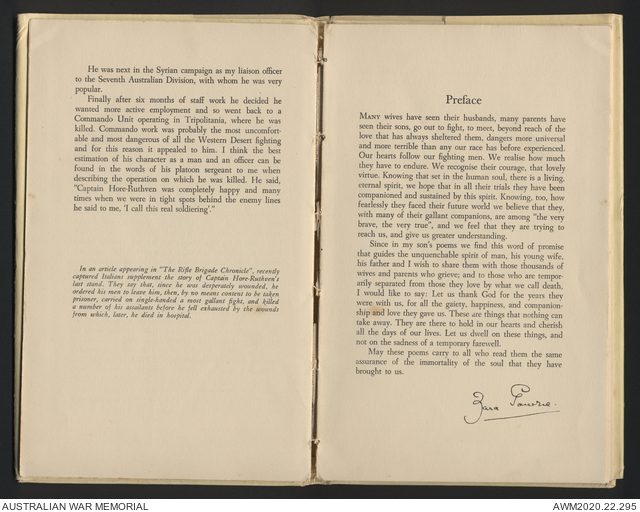 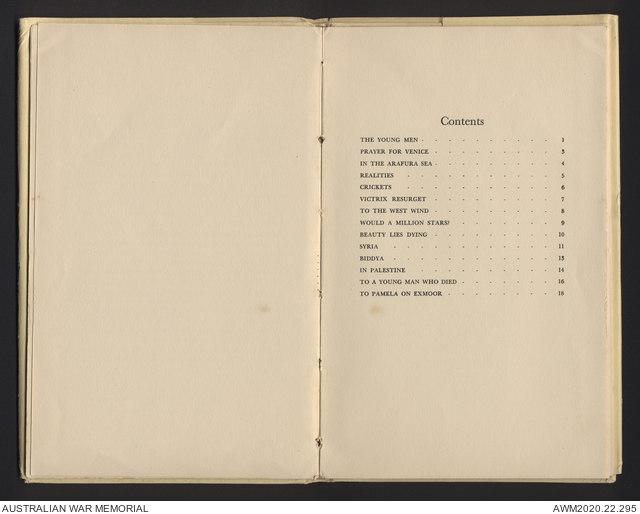 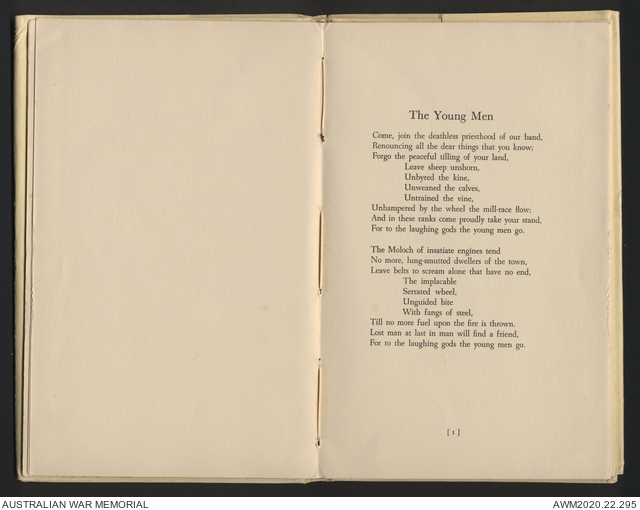 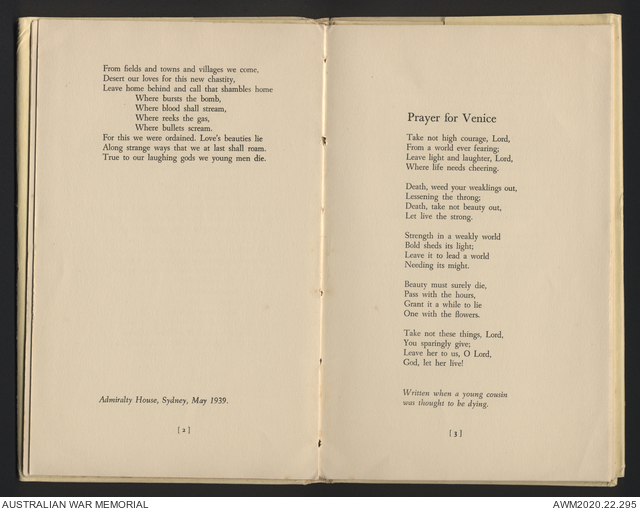 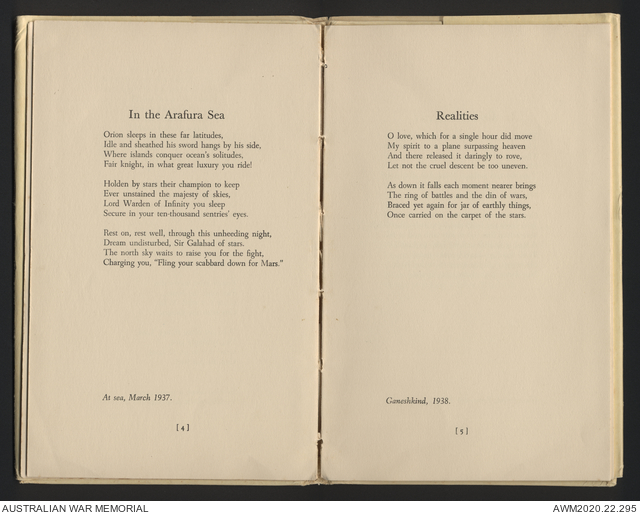 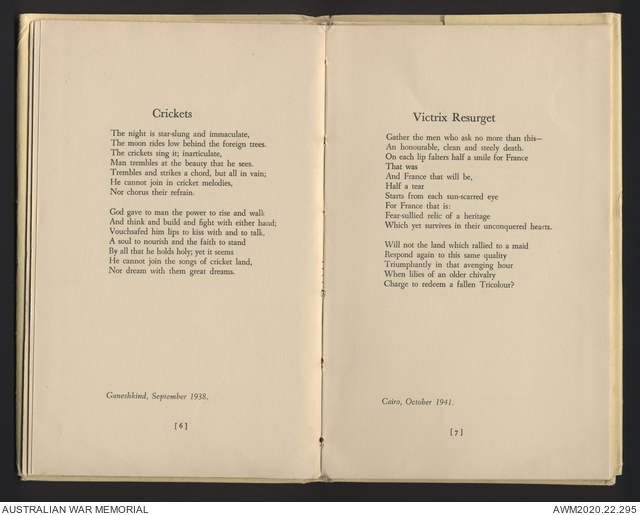 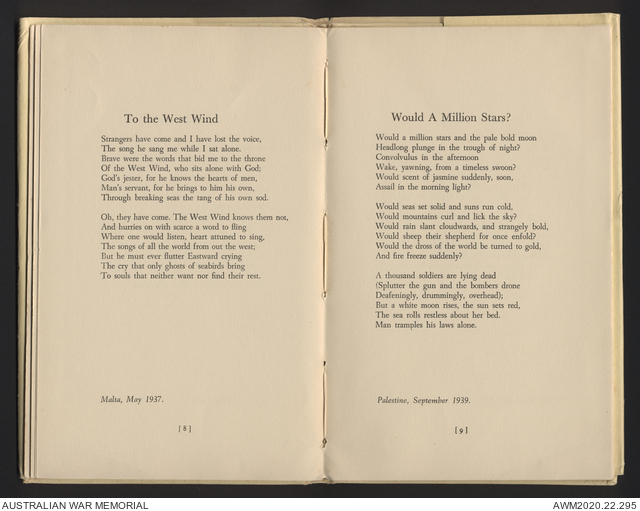 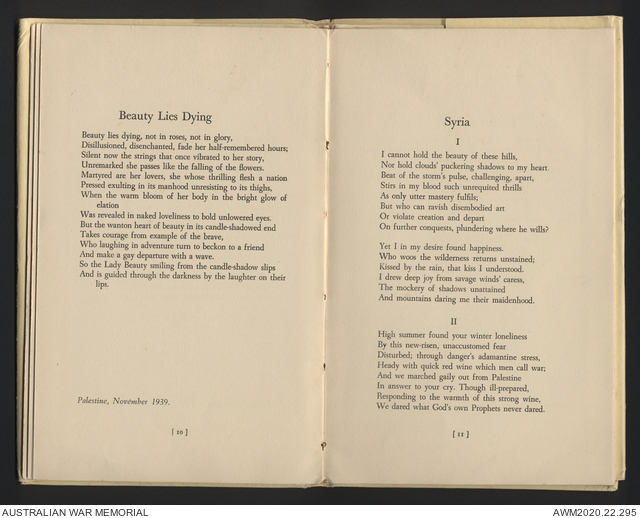 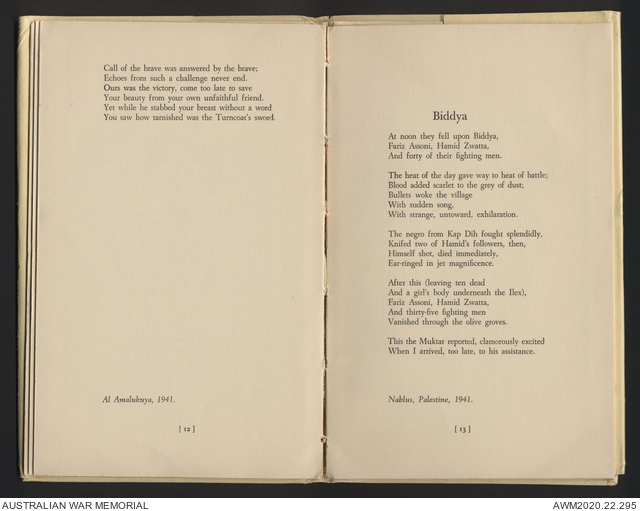 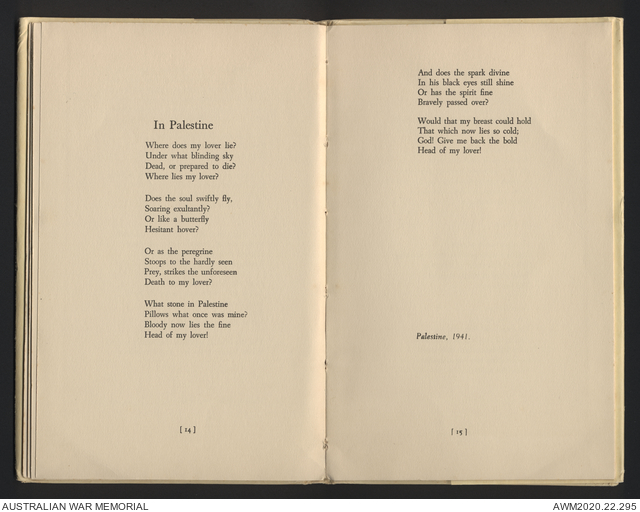 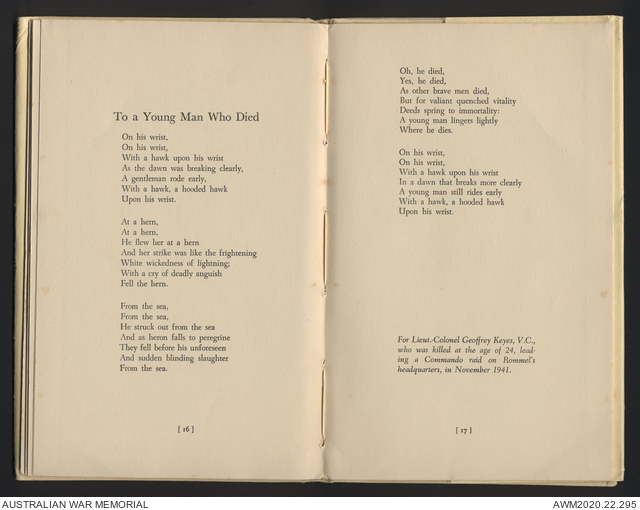 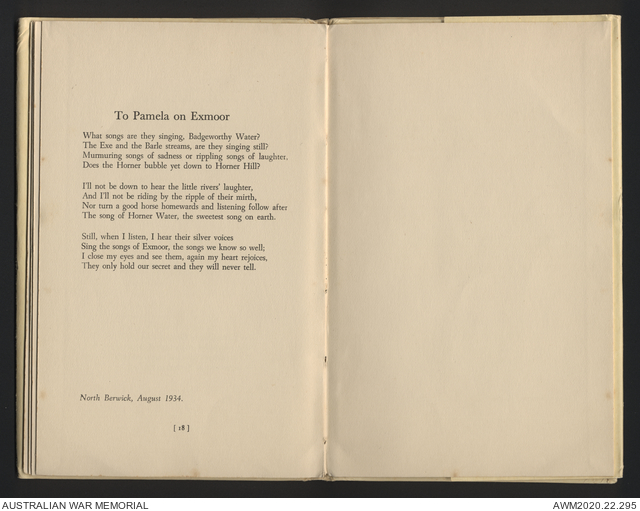 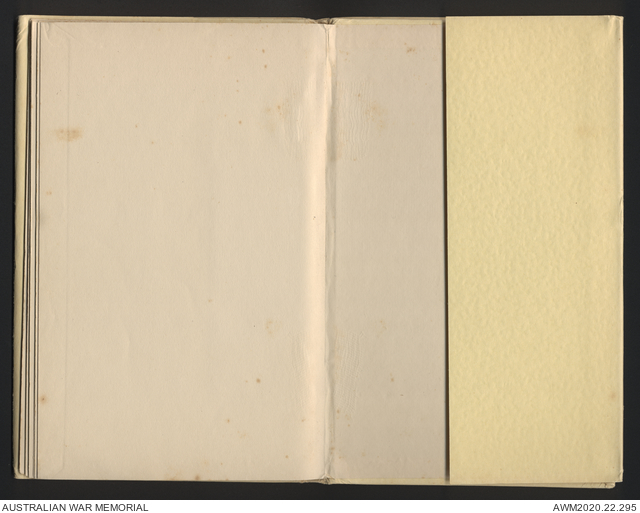 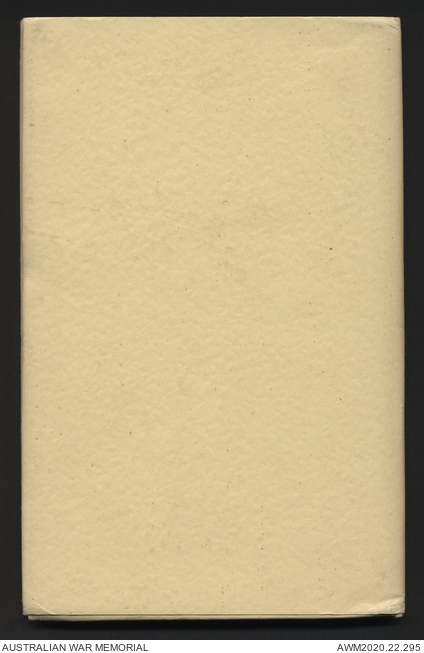 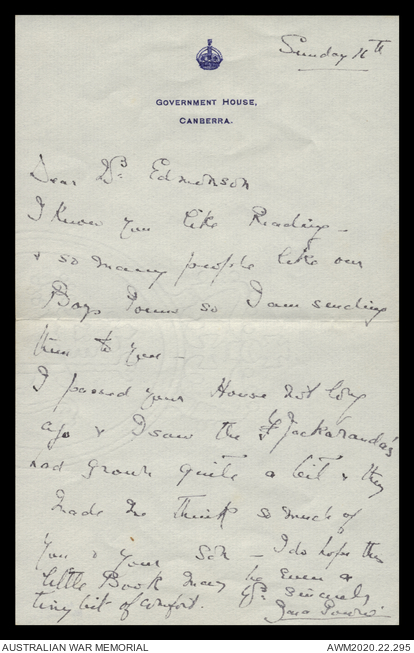 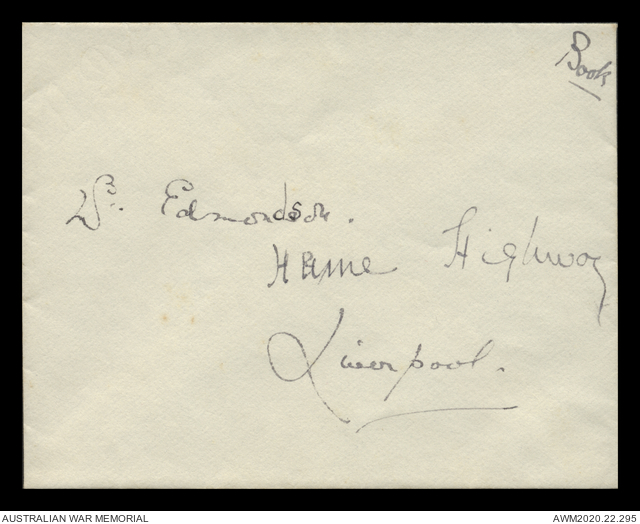 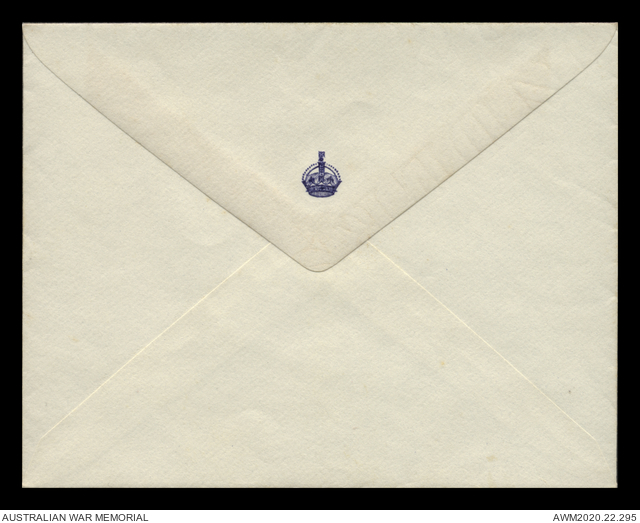 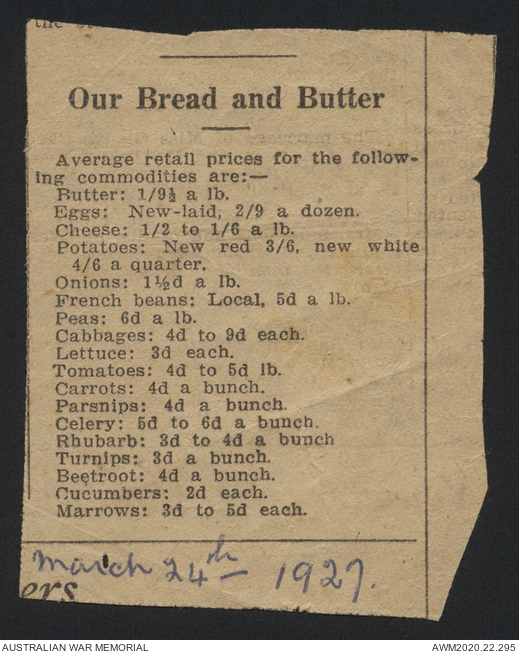 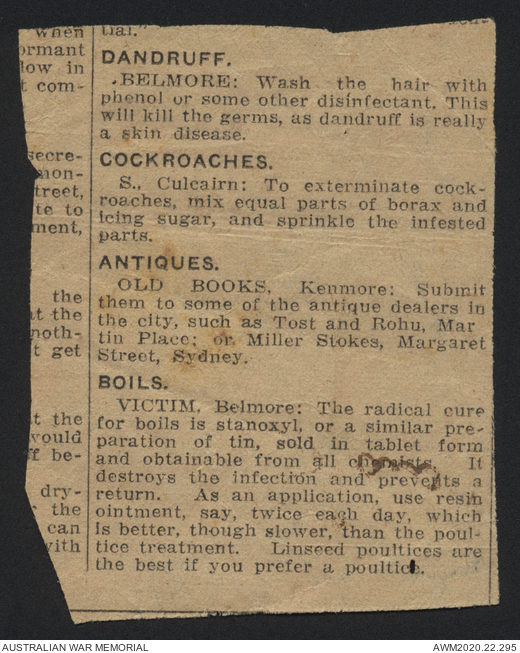 Folder 4 of 4 contains a book of poetry that was given to Maude Elizabeth Edmondson in 1943 by Zara Hore-Ruthven, the wife of Brigadier General Alexander Gore Arkwright Hore-Ruthven, 1st Earl of Gowrie who served as the Governor-General of Australia from 1936 to 1945. The poetry was written by Lady and Lord Gowrie’s only son Patrick who served in the Second World War with the British forces at Libya and was killed in action on 24 December 1942.