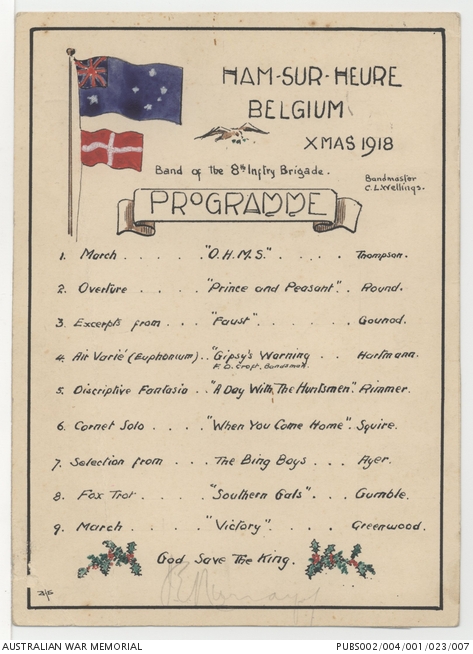 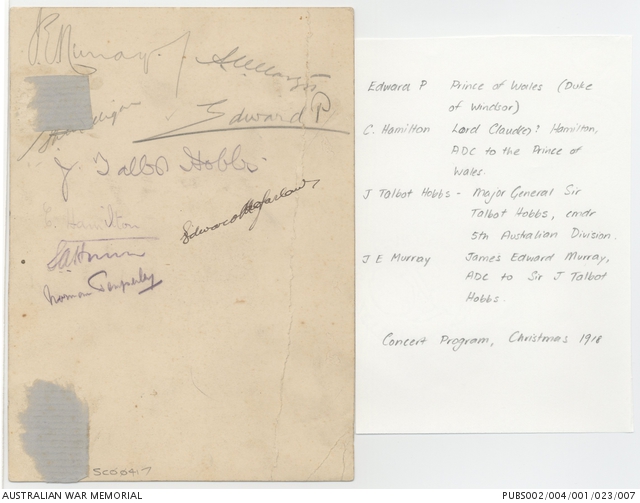 Souvenir program for a concert held during the period after the First World War. This program is for a concert by the 8 Infantry Brigade Band at Ham-Sur-Heure in Belgium during Christmas 1918. The program is hand written and hand coloured with two flags in the top left hand corner. The program has been autographed on the back by nine people, including: Lord Hamilton, ADC to the Prince of Wales; Major General Talbot Hobbs, Commander 5 Australian Division; J E Murray, ADC to Sir Talbot Hobbs; and Edward, Prince of Wales.