Sir Joseph John Talbot Hobbs was born in the London suburb of Chelsea on 24 August 1864 to Joseph and Frances Anne (nee Wilson). He completed his initial education at St. Mary’s Church School, Merton. After graduating as an architect, he worked as a draftsman for builder John Hurst, with whom he migrated to Perth in 1887. After a short stint working as a carpenter, Hobbs started his own architectural practice and earnt a reputation in the field within just a few years. During this period he continued his professional association with Hurst, and married his associate’s eldest daughter, Edith Ann, at St. George’s Anglican Cathedral on 24 April 1890.

Within a decade of arriving in Perth, Hobbs firmly established himself as an architect of ability and a person of increasing influence in both his profession and further afield. He was the first treasurer of the West Australian Institute of Architects in 1896 and president from 1909-11. He maintained a successful architectural practice, and was awarded a series of commissions for important public and private buildings. In 1905 he established the architectural practice of Hobbs, Smith & Forbes (later renamed Hobbs, Forbes & Partners), in which he was the senior partner.

Hobbs demonstrated both ambition and dedication to the military in parallel to his architectural career. He commenced military service with the 1st Cinque Ports Garrison Volunteer Artillery at Pevensey, East Sussex, in 1883. Soon after arriving in Perth, Hobbs joined the Voluntary Field Artillery as a gunner in 1887 and rose through the ranks to command the battery by 1897. In 1903 he commanded the 1st West Australian Field Battery, was promoted to lieutenant-colonel of the West Australian Mixed Brigade in 1908, and appointed colonel of the 22nd Field Brigade in 1913.

Four days after the outbreak of the war, Hobbs accepted command of the 1st Australian Divisional Artillery. He was responsible for the organisation and training of the 1st Divisional Artillery in Egypt, and subsequently commanded artillery operations for all Allied forces during the campaign on the Gallipoli Peninsula. He assumed temporary command of the 1st Australian Division in October 1915 until illness forced his evacuation to Egypt on 11 November. Whilst recovering in hospital, Hobbs received news he was awarded a Companion to the Order of the Bath (CB) for his service.

Hobbs commanded the 5th Division through a number of significant battles on the Western Front including Bullecourt, Ypres and Polygon Wood, whilst his considered preparations and planning were integral to the recapture of Villers-Bretonneux. The manner in which Hobbs led his division throughout this period endeared him to his troops. According to Lieutenant-General Sir Brudenell White, Hobbs ‘commanded a division with great distinction, made fewer mistakes than most, and earned the undying affection of 20,000 men.’ These sentiments were certainly shared by Captain A.D. Ellis, Historian of the 5th Australian Division, who stated ‘It can be said without the possibility of contradiction that the luckiest day in the history of the division was the day that brought Hobbs to it as its commander.’

Hobbs succeeded Lieutenant-General Sir John Monash in command of the Australian Corps in November 1918, and held this appointment until the demobilisation of AIF troops from France in May 1919. In response to his distinguished First World War service, Hobbs was honoured with a Knight Commander of the Bath (KCB) in December 1917, Knight of St. Michael and St. George (KCMG) in January 1919, the Serbian Order of the White Eagle and the French Croix de Guerre twice; the first issued with palms in 1918 in connection with the Recapture of Villers-Bretonneux, and the second in 1920 for victory at Bullecourt. He was also mentioned in despatches on eight occasions.

Hobbs also played a central role in the erection of memorials for the AIF. In 1918 he designed the headstone that was subsequently erected for fallen Australian soldiers. He was then appointed to select sites and oversee the erection of memorials to four Australian divisions, and had a share in other important works in connection with Australian graves and cemeteries, the Australian National Memorial at Villers-Bretonneux, and the memorial tablet in Amiens Cathedral. This work became a devoted and deeply personal endeavour for Hobbs, which he continued for the remainder of his life after returning to Australia.

Hobbs departed England on 27 September 1919, disembarked at Fremantle on 30 October, and later that afternoon fielded questions from reporters in his office. In response to a question on his future plans, he countered ‘The only idea I have at present is to try to become a good citizen again. But I am determined on one thing, that as far as lies in my power for the rest of my life I shall be at the service of the men who did so very much to win the war, the Australian soldiers.’ He remained a strong advocate for the welfare of returned soldiers, and held prominent positions on boards and committees with a wide range of public-service organisations.

Upon his return to Australia, Hobbs was described as being ‘not much altered – the same spare frame...’ Not long before this description he reportedly weighed around 50 kilograms after losing some 15 kilograms during the war, but his small and seemingly frail stature belied the energy he applied to a diverse range of demanding post-war pursuits. He was appointed honorary Aide-de-camp to the Governor-General of West Australia, a role he first accepted in 1908 but relinquished due to the war. In addition to his public service, he resumed practice at his architectural firm and commenced an executive career in the private sector. He also responded to a call from the military in 1920 to advise the government on the organisation and arrangement of the defence forces, and remained in senior roles until his retirement from the army in 1927. In the same year he designed the State War Memorial in West Australia, which was dedicated in November 1929.

In April 1938 Hobbs was bound for France with his wife and daughter to attend the unveiling of the Australian National Memorial at Villers-Bretonneux. He died at sea on 21 April 1938. His body was returned to Perth for burial, and a funeral with full State and military honours took place on 14 May. 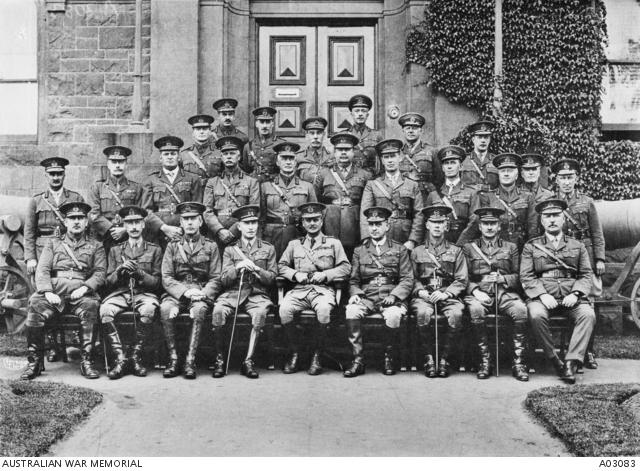 Group portrait of senior officers of the Australian Imperial Force at Victoria Barracks. ... 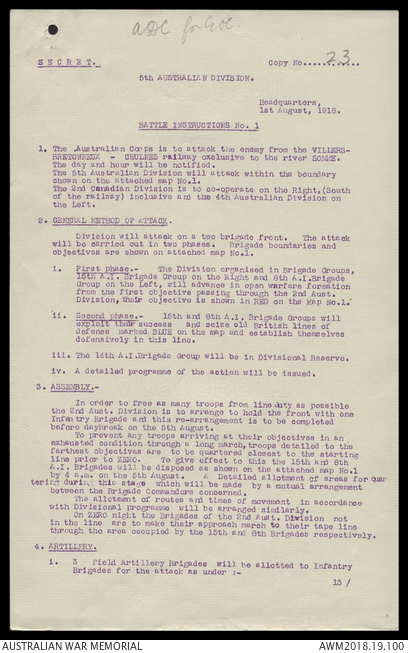