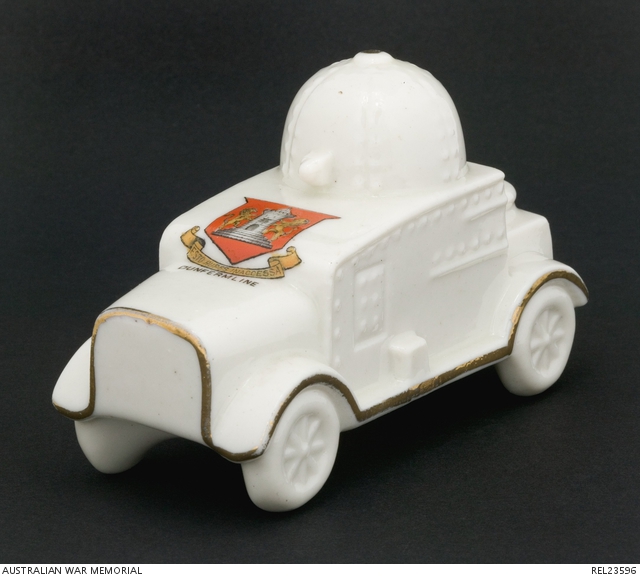 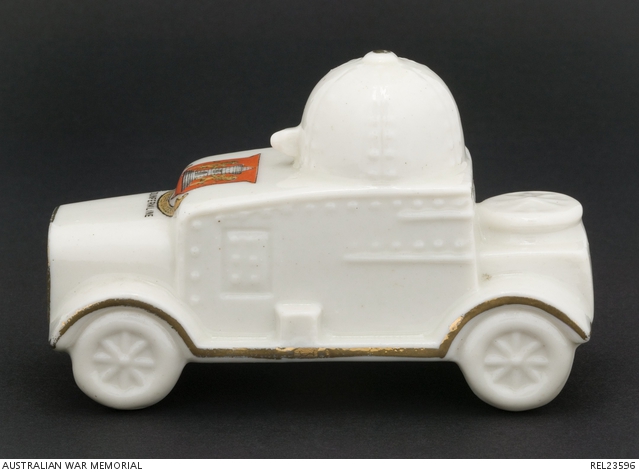 China souvenir armoured car. There is a domed turret on the top positioned to the rear. In front of it is the coat of arms for Dumferline, Sotland. The armoured car is gilded along the edge of the running boards and wheel arches and on the sides and top edge of the radiator. There is also a gilded dot on the top of the turret. The bottom of the vehicle is stamped 'SHELLEY CHINA / 329 / MODEL OF ARMOURED CAR'.

Crested china collecting became a craze in the Victorian period when tourists bought small ivory coloured porcelain ornaments decorated with the coats of arms of the towns they visited to take home as a souvenir. Before the First World War companies (the most famous and the original being Goss crested china) made collectibles such as vases, plates and other crockery, houses, public buildings, cars and replicas of visitor attractions. During the war the range of souvenirs was expanded to include military caps, equipment and vehicles. Crested china often reflected the interest in new technologies being used in the war, such as recreating tanks and types of armoured cars.