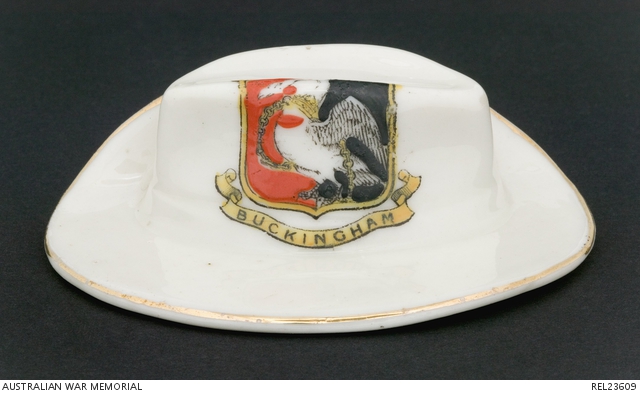 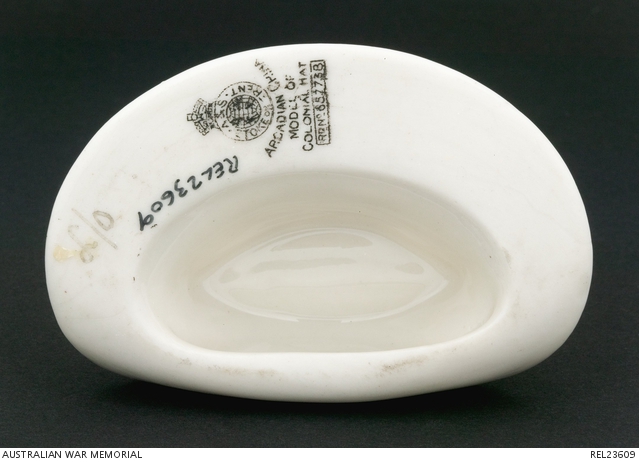 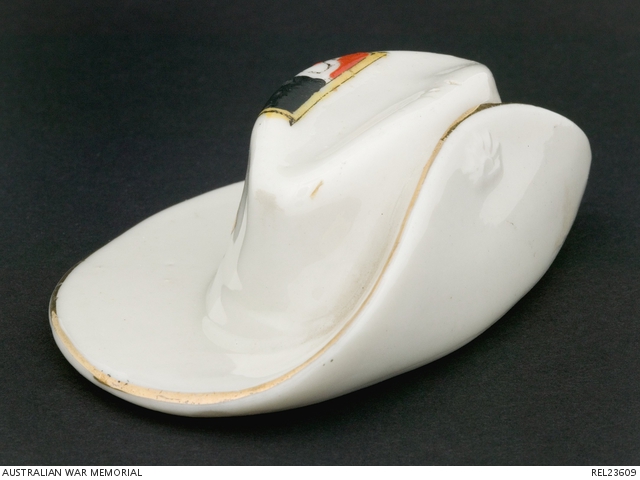 China souvenir slouch hat. The hat bears the Buckinghamshire Coat of Arms on the right hand side. The brim on the left is turned up and bears an Australian army Rising Sun badge in relief. On the underside of the hat bears a maker's mark for Arcadian China, Stoke on Trent.

Crested china collecting became a craze in the Victorian period when tourists bought small ivory coloured porcelain ornaments decorated with the coats of arms of the towns they visited to take home as a souvenir. Before the First World War companies (the most famous and the original being Goss crested china) made collectibles such as vases, plates and other crockery, houses, public buildings, cars and replicas of visitor attractions. During the war the range of souvenirs was expanded to include military caps, equipment and vehicles.