Group portrait of a crew of eleven beside a Consolidated B-24 Liberator bomber of No. 21 Squadron ... 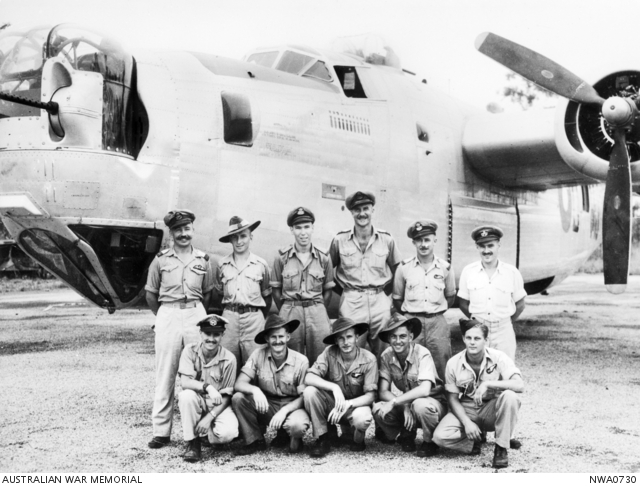