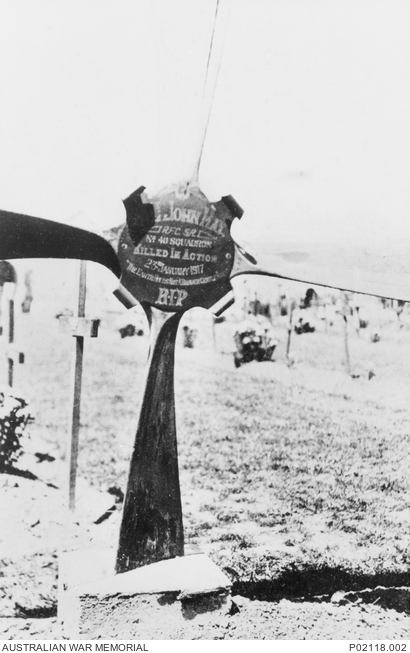 Aire, France. An elaborately engraved brass plaque mounted on a wooden propeller forms the shape of a cross over the grave of 2nd Lieutenant John (Jack) Hay, No 40 Squadron, RFC (Royal Flying Corps), at a cemetery just outside the town. The inscription on the plaque reads "The earth holds not a finer gentleman". A grazier in civilian life, Hay was shot down by the German flying ace, Manfred von Richthofen, the Red Baron, during an air battle on 23 January 1917. Aged 28, he was the only Australian of the Red Baron's eighty-nine victims.