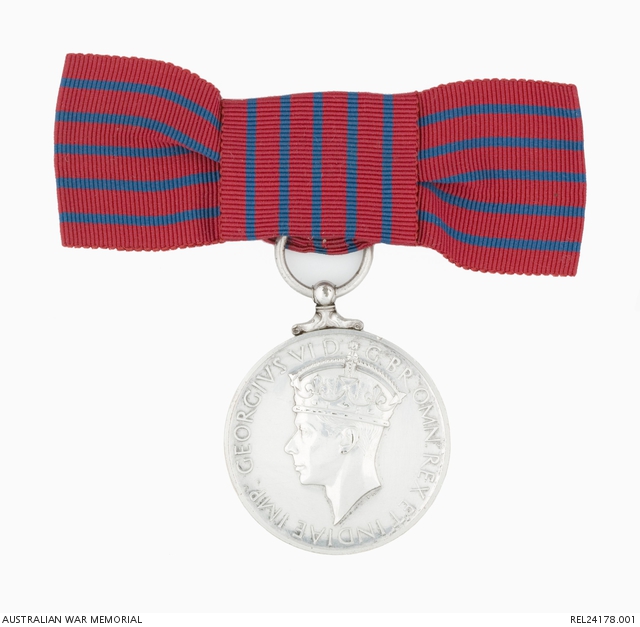 Associated with the service of VX63845 Lieutenant Margaret Irene Anderson, 2/10 Australian General Hospital. The medal was awarded for bravery during the evacuation of Singapore in MV Empire Star. Citation reads, `On 12 February 1942, the motor vessel "Empire Star" was bombed by the enemy. Staff Nurse Anderson, with some other Sisters, was in a cabin with some badly wounded men who were being smothered by smoke and fumes. Thinking the raid had passed, she assisted in dragging the men on to the deck when the planes returned and again attacked the ship, machine gunning the decks. Staff Nurse Anderson remained on deck during these attacks, sheltering the patients who were very badly injured, protecting one with her own person by throwing herself across him. All who witnessed Staff Nurse Anderson's actions have specially commended her bravery.'. Lieutenant Anderson was born in Melbourne, Victoria on 11 December 1915. She enlisted into the Second AIF on 19 September 1941. Anderson was discharged on 4 June 1946