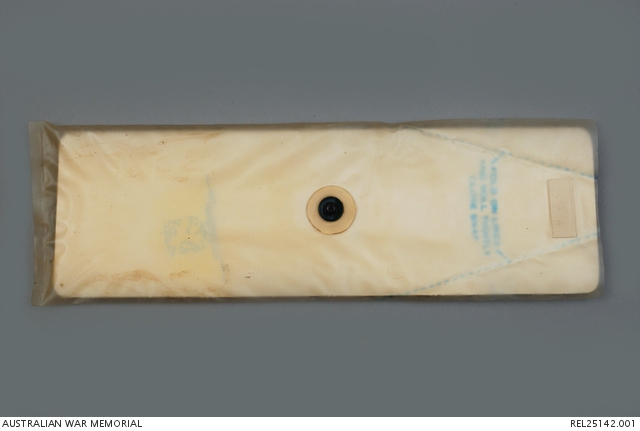 Part of an escape kit issued to and carried by 424171 Flight Sergeant R Forbes who was the navigator of Catalina A24-97 of 42 Squadron RAAF on operations around Manila on 14 December 1944. This aircraft was responsible for jamming Japanese radar while 19 other RAAF Catalinas mined the entrance to Manila Harbour in an attempt to confine a group of Japanese Navy vessels. The operation achieved its objective. He claims that this was the first time 'window' was used in the Pacific theatre, by any nation. Ten days after the mission he was promoted to Warrant Officer. He completed two tours of duty serving with 71, 32 and 48 Squadrons, RAAF. He later served in Vietnam in Logistic Support.