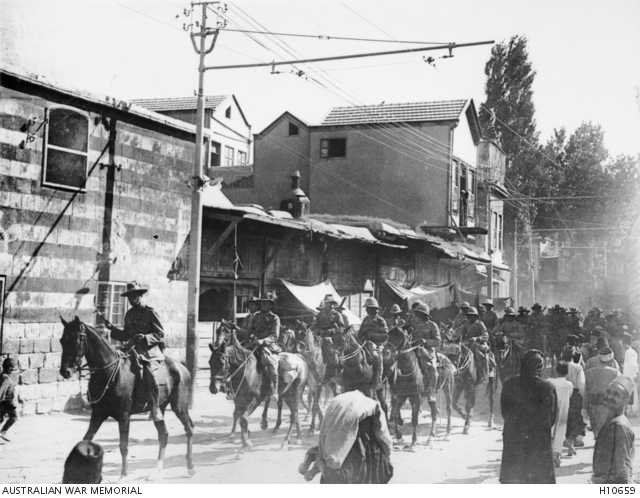 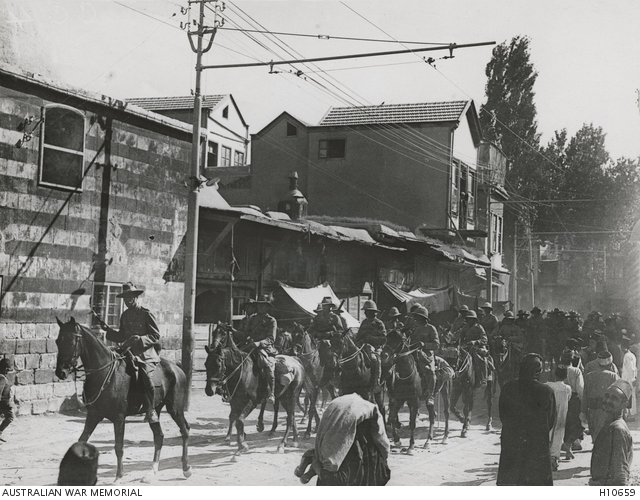 Lieutenant General Sir Harry Chauvel, Commander in Chief, Desert Mounted Corps riding through the city at the head of the Australian Army Light Horse. The following is a quote from Chauvel's letters to his wife about the official entry into Damascus: "head of the column are my Corps police, chiefly Australians, next come my staff, with the juniors in front; then myself riding "Aristocrat" my head groom [can't read name] is riding my chestnut mare, and quite wrongfully, carrying my standard, while my three standard bearers are following him (I am only entitled to one, but have always had two, an Australian and a New Zealander & since I got the Corps, I have added a Yeoman."