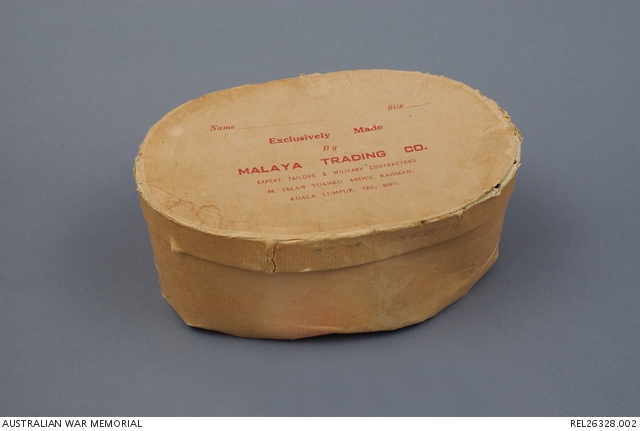 Wing Commander Ian Russell Olorenshaw, RAAF, acquired this cap when he was seconded to the Royal Malaysian Air Force as an Air Staff Officer from 1963-66, during the confrontation with Indonesia. He effectively served as Chief of Air Staff and was decorated by the Malaysian government before he returned home. He had already been decorated several times by the Australian and the United States governments during his service in World War Two and in the Korean War.