Outdoor group portrait of officers of the Rabaul Garrison of the Australian Naval and Military ... 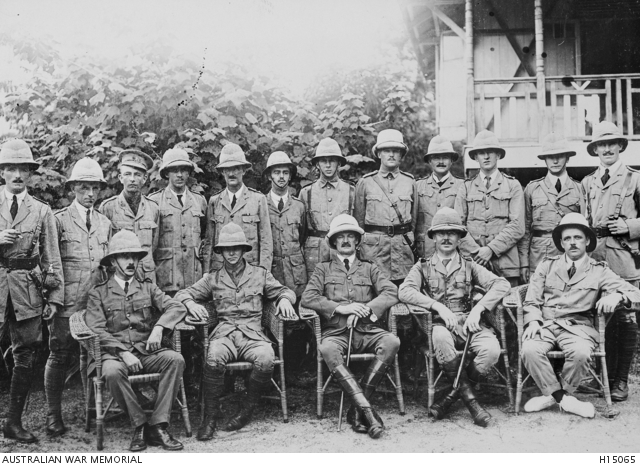