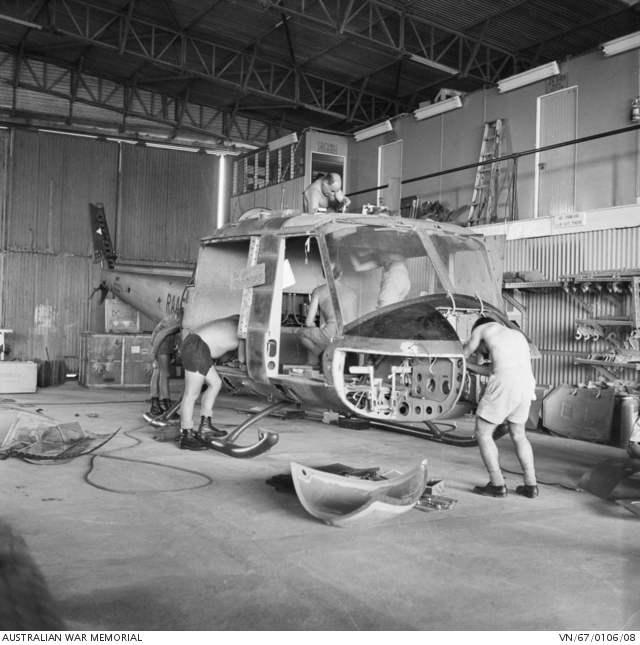 Original RAAF Public Relations Section caption: "This aircraft, a No9 Squadron RAAF Iroquois helicopter was considered a write- off after it had been crash landed in the jungle about 8 miles [13 km's] from the Australian Task Force last April. It dropped into a clearing from a height of 25 feet [8m] after a total engine failure, and was air lifted back to Vung Tau by US Army Chinook helicopter. But 9 Squadron's Engineering Section, headed by Flt Lt Clive Cotter of Canberra, decided to rebuild the crippled aircraft and plan to have it "flying" by the middle of this month using parts from another damaged aircraft to rebuild the helicopter. "It's a tribute to the skill of the tradesmen in the Squadron" Flt Lt Cotter said as he inspected the aircraft." Here unidentified personnel of 9 Squadron Engineering Section work on the damaged helicopter. Numbered A2-1019 it is now in the collection of the Australian War Memorial and numbered REL/12323.