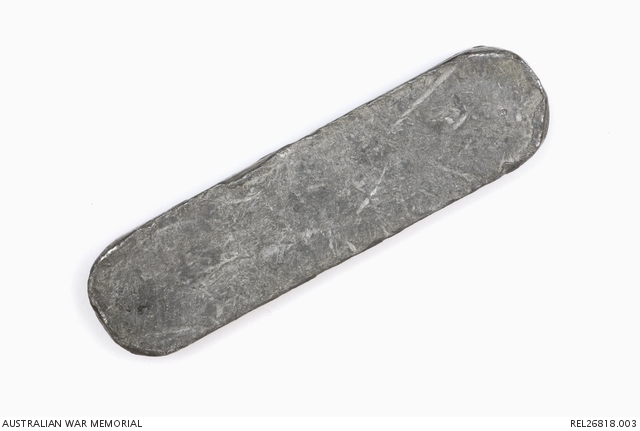 The streamer from which this weight was taken (see REL26818.001) was used by a Royal Air Force RE8 aircraft ('No.14') to drop a message (see REL26818.002) to 1 Division Headquarters at 6.50am on 23 August 1918. 1 Australian Division was at this time enaged in a successful attack, supported by tanks, south of the Somme river in the area Chuignolles - Foucaucourt. The message and streamer were collected and brought to Australia by 3556 Corporal Kenneth Reginald Richards of Headquarters staff, 1 Australian Division. Richards enlisted in 1 Pioneer Battalion on 12 April 1915. He served in France and was transferred to headquarters duties in August 1917. He embarked for return to Australia on 12 April 1919.