Group photograph of officers of the 12th Field Artillery, AIF, taken just before the battle of ... 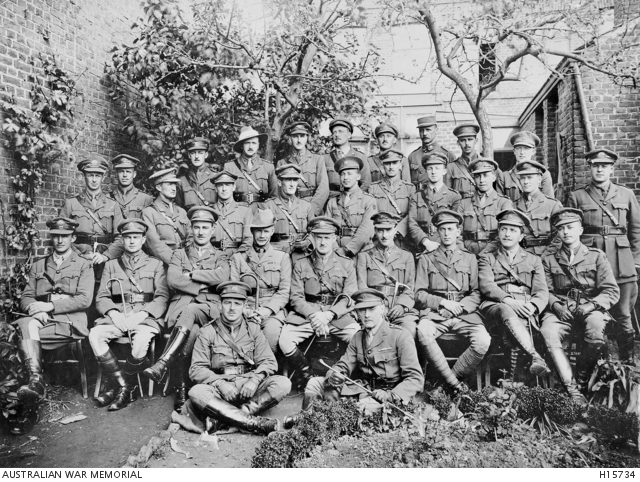